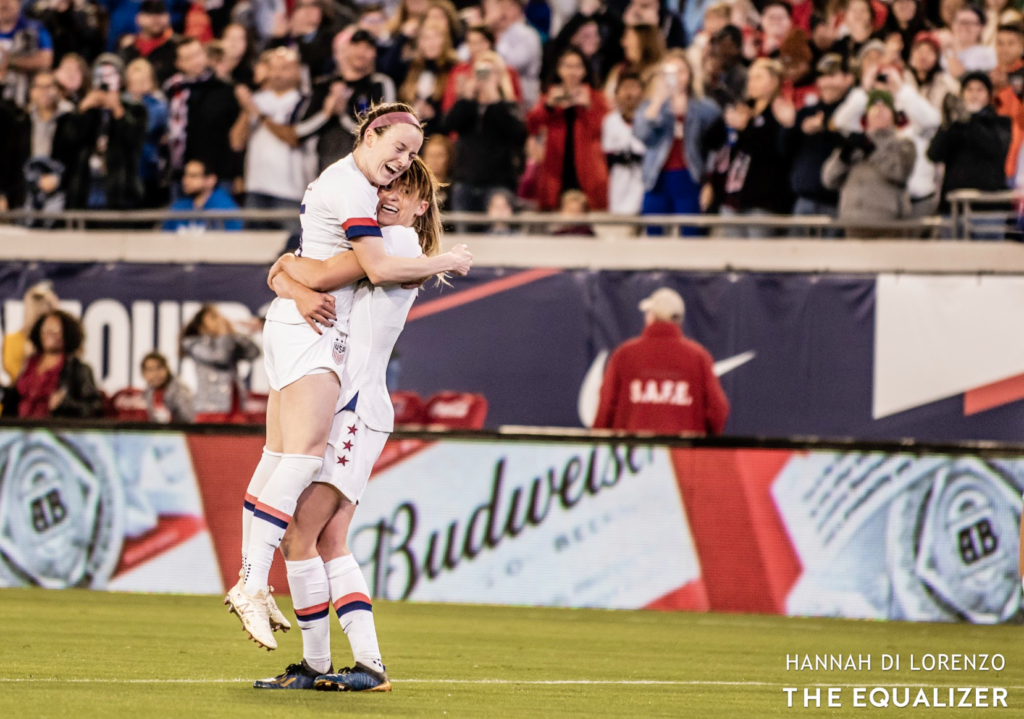 The U.S. women’s national team had a busy 2019. Not only did they win their second-straight FIFA Women’s World Cup title, and fourth overall, but the team also embarked on a Victory Tour and hosted another SheBelieves Cup.

On top of that, the players also partook in another National Women’s Soccer League season. The NWSL season wrapped up at the end of October, but the U.S.’ calendar year finished off Sunday against Costa Rica, a Concacaf rival. The U.S. put up six goals against the Costa Ricans. It was a potentially a preview of what’s to come in February, as the two teams were put in the same group for Olympic qualifying.

If anything, Costa Rica will want the opposite of what went down in Jacksonville.

Carli Lloyd kicked off the scoring early in the fourth minute. Her goal came after a two-goal performance against Sweden on Thursday in Columbus. Meanwhile, a few minutes later, the Costa Ricans couldn’t stop Morgan Brian. Both goals were assisted by Rose Lavelle, this past summer’s bronze ball winner.

The score remained at 2-0 heading into halftime, with Costa Rica keeping the United States scoreless in the last 30-plus minutes. However, Lynn Williams made an immediate impact when entering the match after halftime. Williams scored one of her two goals against Costa Rica. Christen Press also tapped in a goal after taking a miss just seconds earlier. Finally, for the United States, an own goal from Stephanie Blanco in the 86th minute. At first, the goal looked to be from Midge Purce, who made her debut.

Also making her debut was Alana Cook, from Paris Saint-Germain. Cook is not cap-tied with the United States, and has also been courted and called into camp for England. Cook helped the defense keep a clean sheet in her debut.

The pass. The finish. 🤯@roselavelle–@CarliLloyd just putting on a clinic. pic.twitter.com/ncmyJT5xIC

I swear @lynnraenie just zoomed 💨 right into the box and finished that perfectly. pic.twitter.com/SwWZW2NDcE

She wasn't leaving this game without one. The post tried to stop before but @ChristenPress won this battle. pic.twitter.com/zI1IG6qTbE