And now, he coaches: A successful USWNT debut for Andonovski 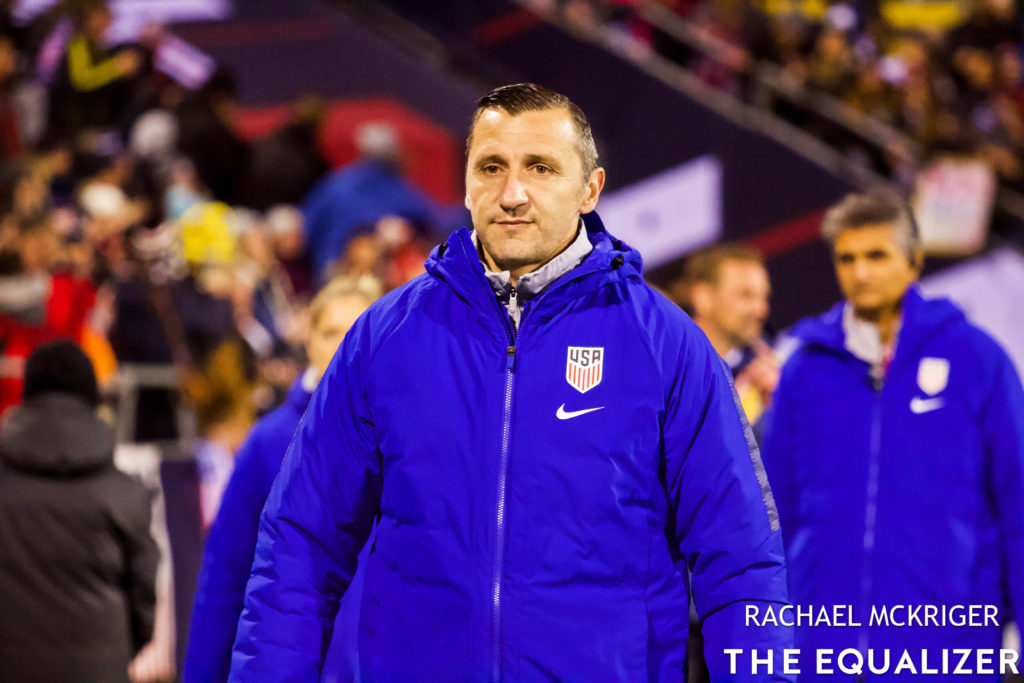 COLUMBUS, Ohio — It would be cliché to say Vlatko Andonovski had been waiting for this moment his whole life. Seven years ago, he was a self-proclaimed “nobody” appointed head coach of the National Women’s Soccer League’s mystery franchise, FC Kansas City. Reaching the summit of his sport was hardly as pressing a goal as simply learning the nuances of his new world.

Andonovski’s stature changed quickly, however. He won two championships in his seven seasons as a coach in the NWSL, and on Thursday, for the first time, he emerged from the northwest tunnel of Mapfre Stadium as the head coach of the United States women’s national team, the four-time — and reigning, repeat — World Cup champions.

He walked to midfield, looking up at the seats which hadn’t yet been filled with 20,903 fans who would brave the below-freezing temperatures to watch the U.S. defeat Sweden, 3-2. Andonovski’s assistant, Milan Ivanovic, was by his side, as he has been since 2015, in Kansas City and then with Reign FC. U.S. general manager Kate Markgraf wandered over and gave each of them a high-five.

Andonovski, the 43-year-old native of North Macedonia who came to the country to pursue a professional indoor soccer career and further his coaching education, is definitely somebody now.

Access the best women’s soccer coverage all year long
Start your FREE, 7-day trial of The Equalizer Extra for industry-leading reporting and insight on the USWNT, NWSL and beyond.
Subscribe
Existing Users Sign In Here
Related TopicsFeaturedSwedenVlatko Andonovski