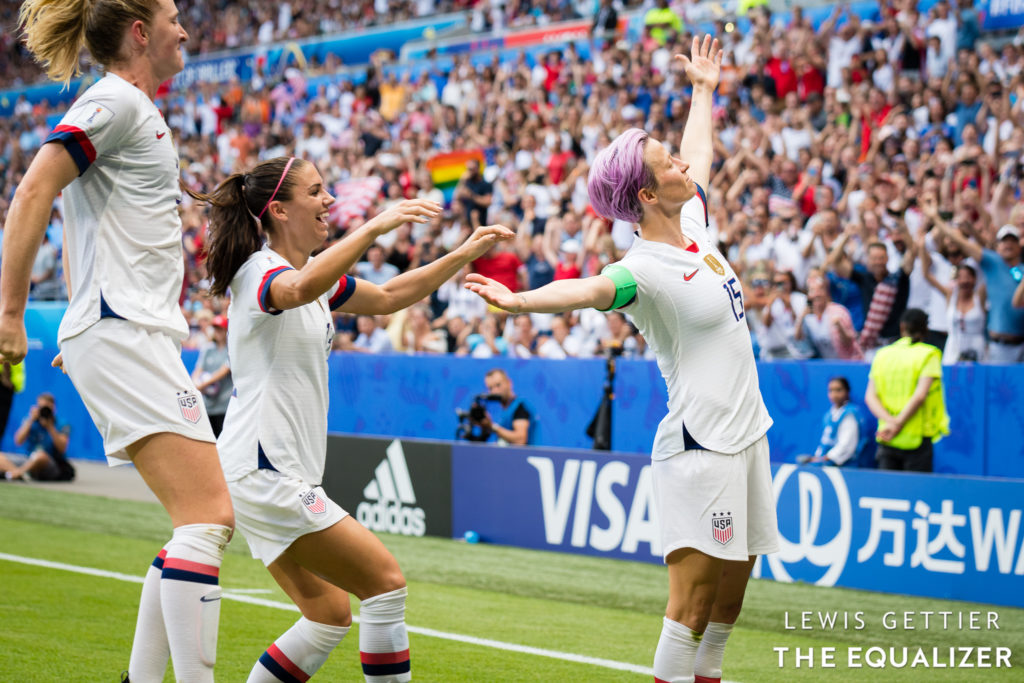 The ruling disagreed with the U.S. Soccer Federation’s defense on several key points, including the federation’s assertions that women’s players “made significantly more money than the highest paid MNT player over the course of the limitations period.” The ruling also sided with players on the issue of unequal working conditions, citing inferior playing surfaces, fewer charter flights, less promotion and lower ticket prices for the women’s team.

Further, the court called U.S. Soccer’s objection to the players’ obtaining class status as based on speculation.

Just back from USWNT game & reading court's decision in the airport. A few points jumping out (see screenshots). Court disagrees w/USSF on a few key arguments, calls defense against class cert "speculative." Class will be defined as WNT members from 2/4/15 through today. pic.twitter.com/uUIqSrM0AG

Alex Morgan, Carli Lloyd, Megan Rapinoe and Becky Sauerbrunn are the named plaintiffs and are appointed class representatives. The Title VII class will be defined as any U.S. women’s national team player from Feb. 4, 2015, to the date of the class certification. There is a separate collective action class, starting with players in March of 2016, for the Equal Pay Act claims.

“This is a historic step forward in the struggle to achieve equal pay,” player spokeswoman Molly Levinson said in a statement. “We are so pleased that the Court has recognized USSF’s ongoing discrimination against women players – rejecting USSF’s tired arguments that women must work twice as hard and accept lesser working conditions to get paid the same as men. We are calling on Carlos Cordeiro to lead USSF and demand an end to the unlawful discrimination against women now.”

A U.S. Soccer spokesperson did not immediately return a request for comment.

“Here, Defendant’ s argument presupposes that there can be no discrimination under either Title VII or the EPA where a female employee’s total annual compensation exceeds that of similarly-situated males, regardless of whether the female employee receives a lower rate of pay than her male comparators. But Defendant cites no case law to support this premise. Further, courts interpreting the EPA and (to a lesser extent) Title VII have explicitly rejected this argument – for good reason. To hold otherwise would yield an ‘absurd result,’ as this would mean not only that ‘an employer who pays a woman $10 per hour and a man $20 per hour would not violate the EPA… as long as the woman negated the obvious disparity by working twice as many hours[,]’ but also that a woman in this scenario would not even have standing to challenge the complained-of practice in the first place. Congress simply could not have intended such a result.”

And now, he coaches: A successful USWNT debut for Andonovski
Carli Lloyd makes her statement — again