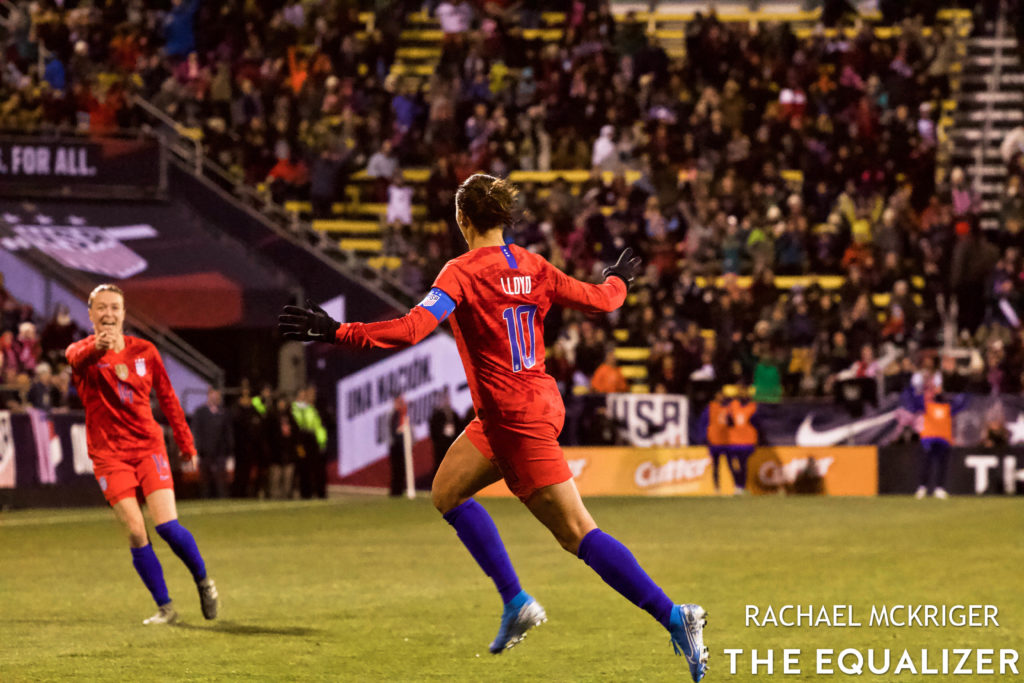 COLUMBUS, Ohio — Carli Lloyd couldn’t contain her smile on Thursday. Could you blame her?

Lloyd had just scored twice and assisted a third goal for the United States women’s national team in a 3-2 victory over Sweden at Mapfre Stadium. Her second goal, the eventual match-winner, was a sublime chip of Sweden goalkeeper Hedvig Lindahl from close range, the type of highlight-reel goal Lloyd has had a penchant for through the years. Goals 119 and 120 of her international career weren’t the most important she’s ever scored, but the timing of them was typically crucial.

Lloyd had said over the past two months that she was eager to see who the next U.S. coach would be, to understand how she would fit into that person’s plans. Vlatko Andonovski gave the captain the starting nod at center forward on Thursday, in his first game as head coach, and Lloyd delivered a performance which emphatically stated her case to be on the field when the Tokyo Olympic Games kick off in July.