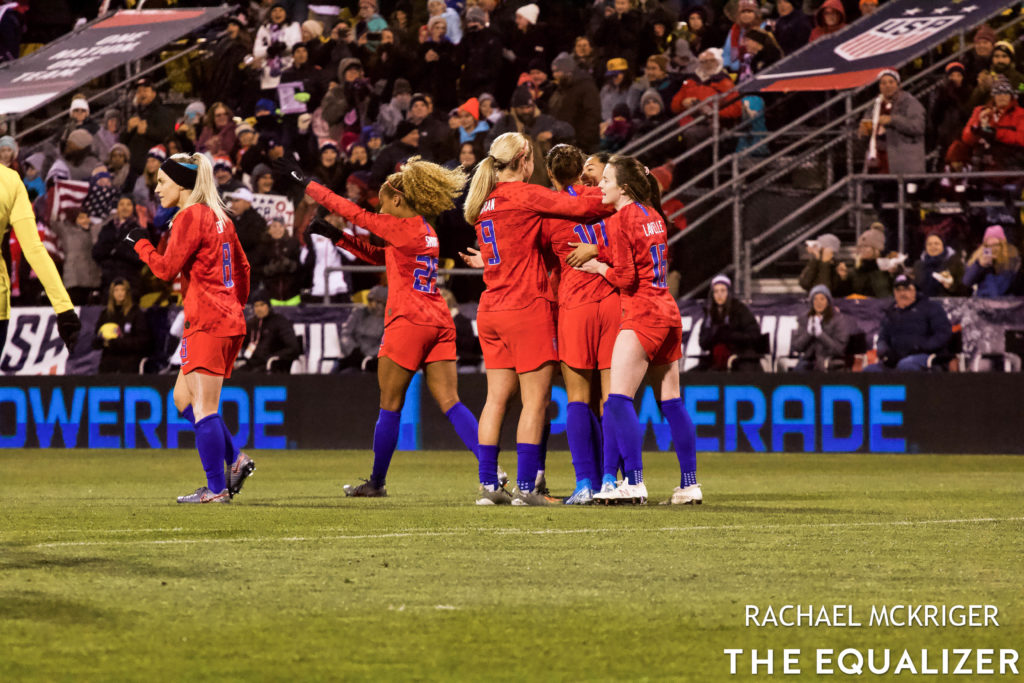 The U.S. jumped out to a 3-0 lead after 31 minutes behind two goals from Lloyd and a third from Christen Press. It looked as though the Americans would cruise to victory in Andonovski’s debut, but Sweden scored twice late to make it interesting.

Lloyd scored her first goal in the 6th minute on a feed from Press, who got in behind thanks to a ball from Casey Short. Press’ low cross found a free Lloyd for the side-footed finish from eight yards out.

Press scored in the 28th minute with a wonderful fake-out of two defenders, selling a right-footed shot before cutting back onto her left. The goal was Press’ 50th for the United States.

It was Lloyd’s second goal, in the 31st minute, which was truly a beauty. She masterfully chipped Sweden goalkeeper Hedvig Lindahl from about 17 yards out.

Once @CarliLloyd gets hot, it's impossible to stop her.

Case in point: 2 goals + an assist in 31 minutes 👑 pic.twitter.com/qlyyGj7xWJ

Sweden made what looked like a lopsided game interesting in the second half. Anna Anvergård scored twice in four minutes to bring the visitors back within a goal. Her second tally was the result of a miscommunication with Becky Sauerbrunn and Alyssa Naeher.

Moments after Sweden’s second goal, Casey Short earned a penalty kick. Lloyd stepped up to take it and put her right-footed attempt over the bar.