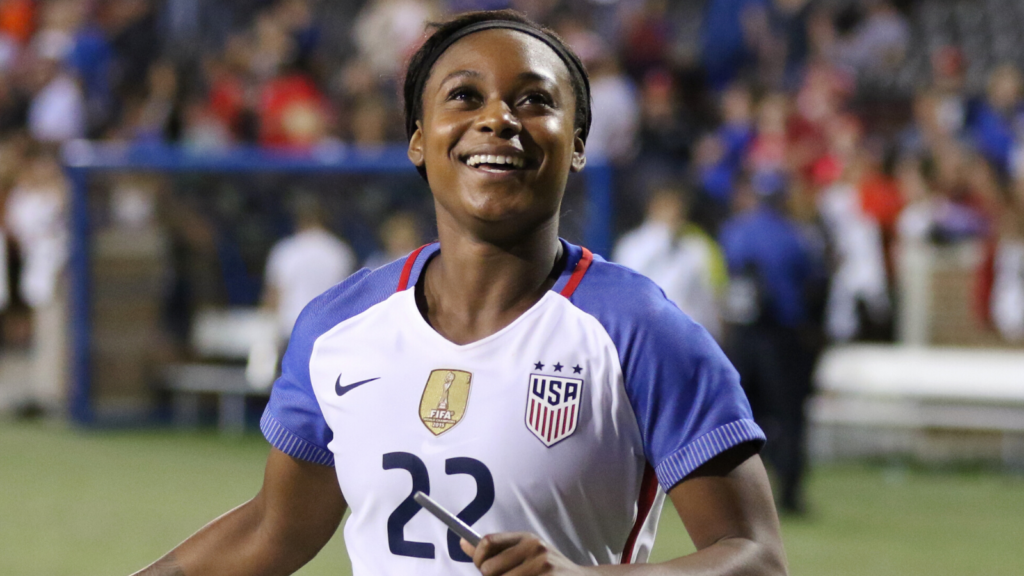 If you looked closely enough at a Reign FC home broadcast this year, you just might have seen Taylor Smith for a quick second. In Tacoma, the club’s home, she was there high above the field in the stands, celebrating goals and wins alongside other injured teammates.

She was also there in North Carolina this October, cheering on her new team against her old team – the North Carolina Courage – in the National Women’s Soccer League semifinals.

And despite not stepping on the field for a single minute of action in the 2019 season, Smith says of the past year, “I’ve never worked so hard in my career.”

The American fullback tore her ACL last December while playing for Newcastle Jets in Australia’s W-League, the offseason home of dozens of NWSL players looking to stay sharp. The injury ended Smith’s 2019 NWSL campaign before it started.

It wasn’t just the physical injury that was cause for concern; it was the timing and contractual circumstances of it which put Smith in a precarious position.

Jill Ellis, U.S. head coach at the time, had designated Smith as an allocated player for the 2018 year, meaning U.S. Soccer paid her NWSL salary. But Smith fell out of favor after struggling at the SheBelieves Cup that March and hasn’t played for the U.S. since. Smith was not going to be re-allocated for 2019, meaning the Washington Spirit, her 2018 club, would need to make a qualifying offer of 65 percent of Smith’s previous salary (a number which came in close to the league maximum) or she would need to go through the NWSL’s complicated redistribution process.

Were any teams willing to sign and pay a player who wasn’t going to play at all that year?

Access the best women’s soccer coverage all year long
Start your FREE, 7-day trial of The Equalizer Extra for industry-leading reporting and insight on the USWNT, NWSL and beyond.
Subscribe
Existing Users Sign In Here
Related TopicsExtraFeaturedTaylor Smith

The Equalizer Podcast, Episode 83: The Wild Offseason Begins
The Lowdown: Wading into the NWSL offseason