For better or worse, Canada sticks with the three-back 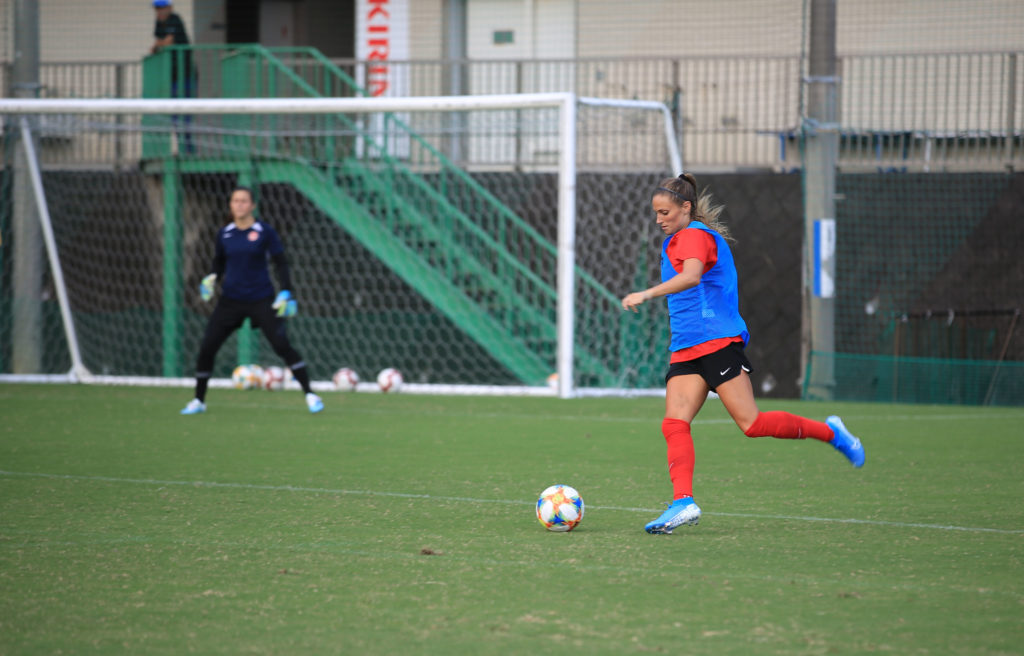 It has been a difficult period for Canada after falling short at the 2019 World Cup in France, where they struggled against stiffer European competition. Despite victories over Cameroon and New Zealand in group play, Canada fell to Netherlands and was eliminated in the round of sixteen following a 1-0 loss to Sweden.

Since then, the Canadians have been reflecting on how to shift their focus toward the 2020 Olympics. But as Concacaf’s qualifying tournament nears in January, Canada finds itself on the brink of an identity crisis.

A 4-0 road loss to Japan in early October led to an internal team meeting to address what head coach Kenneth Heiner-Moller said was a mental lapse as much as anything. His squad was outmatched — and their 3-5-2 formation overwhelmed — against a Japanese team that created numerous scoring opportunities.

A formation that was so successful in a 2-0 win over New Zealand at the World Cup has proven to be a challenge to execute against top-tier opposition like Sweden and Japan.

Canada will return to the pitch later this month for a pair of matches at the Four Nations Tournament in China, starting with a showdown against world No. 11 Brazil and newly appointed coach Pia Sundhage on Nov. 7. The winner of that match will play the winner of China vs. New Zealand on Nov. 11.

These will be Canada’s only matches until the Concacaf Olympic qualifying tournament. So, will the 3-5-2 formation remain despite the flaws exposed by Japan?

“It’s very much performance-based. They have to be defenders slash midfielders. I don’t think it’s a problem, because [we] played against New Zealand and against Sweden. They knew it because we played it at the Algarve. It’s kind of personnel-based more than anything.”

Canada simply does not play enough matches over the course of a calendar year to implement a new formation, particularly something as demanding as three defenders at the back. Tactically, Canada needs more time to work on playing with interchangeable midfielders and fullbacks who can quickly adapt and provide cover in a possession-heavy, three-back strategy.

Having returned from their club teams ahead of the match against Japan, Canada’s morale wasn’t where it needed to be. The team was still feeling the effects from exiting the World Cup earlier than expected. There was a World Cup hangover of sorts — and Heiner-Moller was concerned.

“I can tell you we had a meeting just after the loss against Japan where we had a very hard conversation from me to them, and in between players as well, and what it means to pull that jersey over your head,” he said.

“I’ve never given any kind of excuse coming out of a tournament. I know the work this group put in and being at the World Cup and how disappointed we were to leave, what we thought was too early, and that emotion of losing. The lack of excitement we had coming back in together, that was my biggest concern and the lack of commitment to what we are doing as a team.”

As the Tokyo 2020 Olympics near, Canada will have to figure out if they are a three-at-the-back team. Beating up on Concacaf’s minnows in qualifying will only mask Canada’s struggles to find scoring depth while solidifying a formation with three defenders.

The elite powers in football aren’t fooled by Canada’s disorganization at the back. Sweden and Japan were both prepared for Canada’s approach. Canada’s bread and butter has traditionally been based on playing with four defenders. If the team continues to have mixed results, similar results could surface at Tokyo 2020 — assuming Canada qualifies.

A shift in development?

Canada’s development going forward looks like it will have a bigger focus on the Girls Elite REX program, and players overseas in Europe. The partnership Canada Soccer has with the National Women’s Soccer League still has an importance, but it’s not as crucial in development as it once was.

The consistent day-to-day environment and longer seasons European teams have isn’t as feasible in the NWSL with all the stopping and going over the course of the season, Canada’s coach says.

Canada has seen several young players who have made the jump from college to Europe while bypassing the NWSL. Kadeisha Buchanan, Ashley Lawrence, Jordyn Huitema, and previously, Rebecca Quinn, all made a move to France’s Division 1 Feminine.

“We have eight players coming out of NWSL,” Heiner-Moller explained. “We have a lot of players coming out of the Girls Elite REX. What we’ve done over the past years with the NWSL, it’s been great. I think it’s a snapshot of where we’re at now. We’re happy. If our players continue developing, it will be very interesting for clubs in Europe.”

Clubs in Europe could be queuing up for Canadian midfielder and UCLA senior Jessie Fleming. Her future, like some of her teammates, could see her playing in France.

Will all those factors help Canada? They will, at some point, need to figure out life beyond Christine Sinclair. This was a relatively disappointing year for Canada, and the road ahead features unanswered questions still.