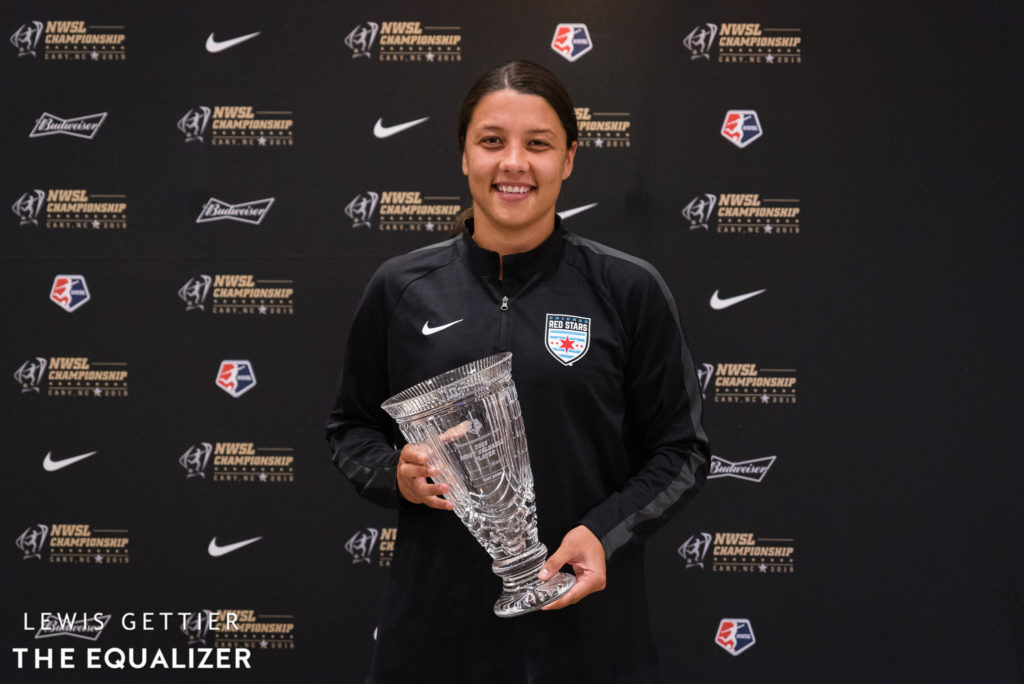 Sam Kerr has informed the Chicago Red Stars that she will not return to the team in 2020, according to a source with knowledge of the situation. The Washington Post’s Steve Goff first reported the news.

Kerr has not yet decided which club in Europe she will move to. Chelsea has long been considered a front-runner for her.

The Chicago Red Stars did not immediately reply to a request for comment.

The National Women’s Soccer League on Monday approved wide-ranging changes to roster rules, including the introduction of $300,000 per team in allocation money to use on players at the top of rosters. The rule, sources say, was not made specifically for Kerr — it was worked on for months — but the timing worked out to get the rule done in time for Chicago to extend a competitive offer to Kerr. It’s unclear how much that offer was for

Kerr’s decision was never always going to be about money, though — even if she can likely still earn even more in Europe. Despite setting and then breaking her own single-season scoring NWSL scoring record and twice winning league MVP, Kerr has failed to garner much respect globally, as seen by her lack of appearance on global awards ballots.

Chicago lost to the North Carolina Courage, 4-0 in Sunday’s NWSL Championship. Kerr did not speak with media after the match. She spent two seasons with the Red Stars, joining in a multi-team trade in January 2018.

Kerr’s move to Europe was foreshadowed by her decision last month to not play in Australia’s W-League this season.