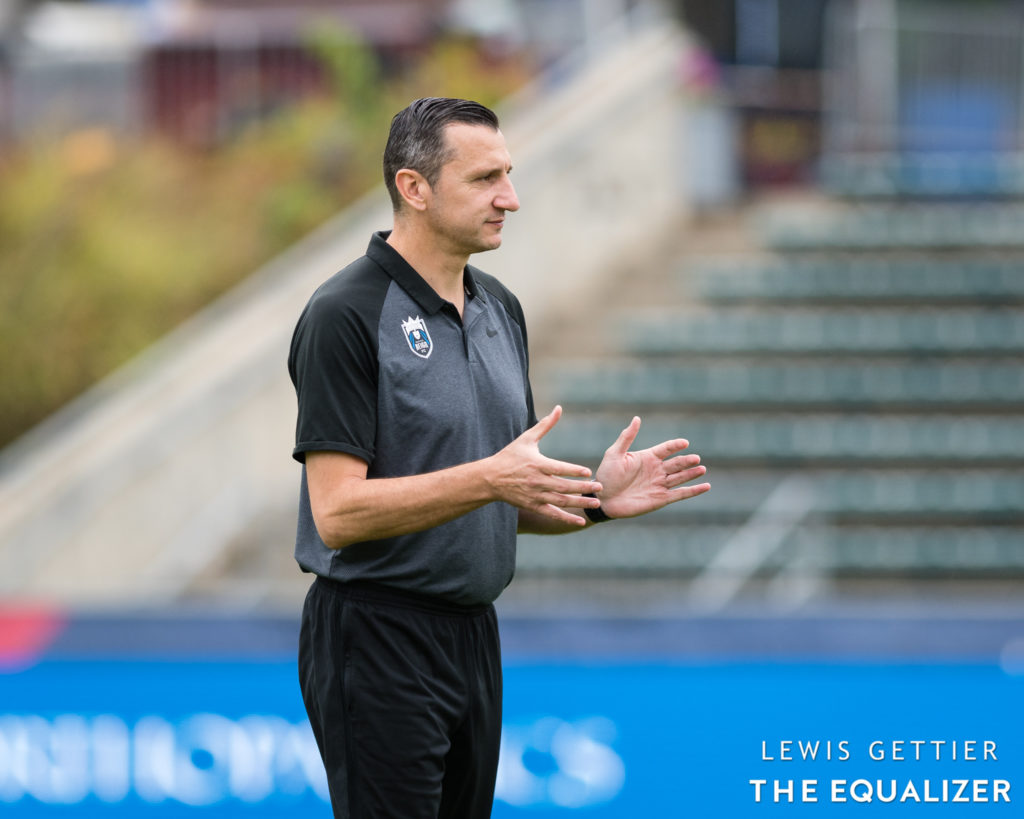 Vlatko Andonovski has been rumored to be the U.S. Women’s National Team head coach for a couple weeks. However, on Monday afternoon, it became official, as Andonovski was presented in front of media and live-streamed for fans as the successor to Jill Ellis.

“I’m proud to say that we selected the best person for this job,” Markgraf said.

Andonovski recently was named the NWSL Coach of the Year for leading Reign FC back to a second-consecutive playoff appearance. He did not have an easy job in that regard, as he had a laundry list of injuries throughout the season, which Markgraf referred to as well. In his career, Andonovski has found success in the NWSL. He coached the two-time winning FC Kansas City in 2014 and 2015.

However, for Andonovski, he’s just ready to get the ball rolling. The U.S. will host Sweden for a friendly in Columbus, Ohio, on Nov. 7. Three days later, the team will head down south to Jacksonville, Florida, to take on fellow CONCACAF team, Costa Rica.

“I’m just looking forward to the first day on the field with all the players and the staff,” Andonovski said.

Andonovski said that with the Olympics coming up, introducing new players will be implemented no matter what.

“Most importantly for us is to qualify for the tournament,” Andonovski said. “That’s the first thing on the agenda. We have a very experienced team. We have players who have been on the international stage and won big tournaments. We’re going to rely heavily on them but that doesn’t mean we’re not going to expand the roster… The ones that perform the best in training and in games will be on the roster.”

Andonovski also touched on bringing players based internationally, as well.

“We’re talking everywhere,” Andonovski said. “Anywhere we can find a player to help us make teams better and win games… Whether that’s NWSL, anywhere in the world or even college soccer.”

A former player, Andonovski was a defender for clubs like the Kansas City Comets, California Cougars and Philadelphia KiXX. His career spanned from 2000-15. Andonovski even served as a coach during his final years in playing professional soccer. Andonovski was born in Skopje, SFR Yugoslavia, which is in present-day North Macedonia.

From: Vlatko
To: You, the Best Fans in the World#OneNationOneTeam pic.twitter.com/VLv7ZuQR2q