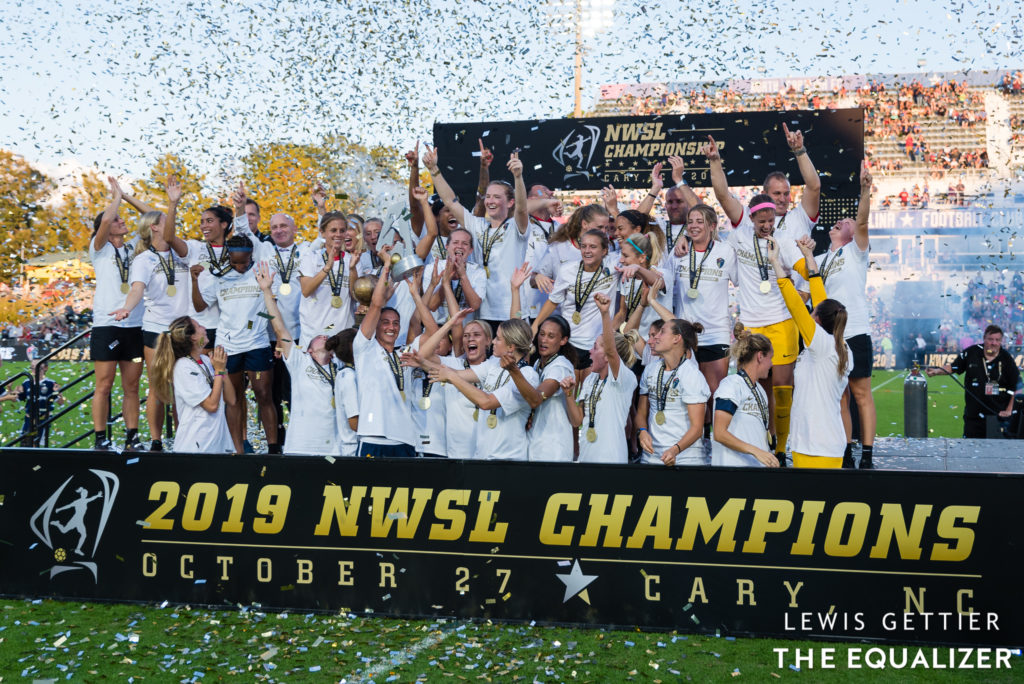 CARY, N.C. — Rarely do championship matches feel like formalities. Rarely, though, has there been a team as dominant as this North Carolina Courage squad.

The Courage steamrolled the Chicago Red Stars in Sunday’s 2019 National Women’s Soccer League Championship, winning 4-0 to clinch a second straight league championship and third in four years for the organization, relocated to North Carolina ahead of the 2017 season.

North Carolina is the most dominant team in one of the best leagues in the world, and nobody can really touch them. Sure, anyone can win a 90-minute match, and the NWSL’s four-team, single-elimination playoff setup will keep things interesting.

The odds are overwhelmingly with the Courage, however. This is the first real dynasty that women’s professional soccer has seen in the U.S., and the gap is only widening. They just cruised past Chicago, the second-best side in the regular season, 4-0 in a championship match. They trounced the Portland Thorns, their opponent in the two previous finals, 6-0 in September.

Inevitably, the questions which have simmered under the surface will only grow louder after this result. How can the NWSL, a single-entity league built on this pillar of parity, continue to claim it is the best league in the world, top to bottom, when the Courage are out here ransacking the rest of the league? How is this any different than the criticisms Americans lob at France’s top flight, that Lyon and PSG are the only good teams?

Access the best women’s soccer coverage all year long
Start your FREE, 7-day trial of The Equalizer Extra for industry-leading reporting and insight on the USWNT, NWSL and beyond.
Subscribe
Existing Users Sign In Here
Related Topics2019 NWSL PlayoffsExtraFeatured

It’s official: Paul Riley has established the NWSL’s first dynasty
Chicago’s season is over. What now for Sam Kerr?