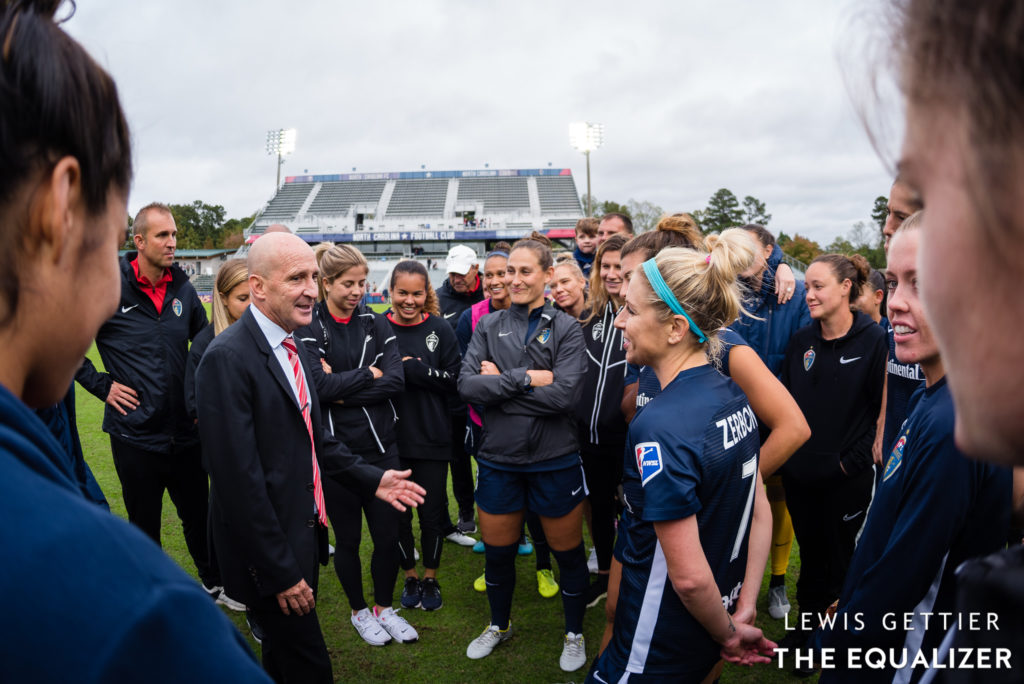 CARY, N.C. — Watching the North Carolina Courage work through their attacking pattern plan on Saturday morning, it looked like a storm might be headed towards the Chicago Red Stars in the 2019 National Women’s Soccer League Championship.

At WakeMed Soccer Park one day before the final, North Carolina set up in their trademark 4-4-2 with a box midfield and worked through a series of offensive combinations. They built out of the back, through the midfield, and then alternated playing the ball straight into the forwards with balls out wide to the overlapping outside backs.

And as the Courage put together crisp passes, tight turns on the ball, and pinpoint services, ball after ball hit the back of the net.

It foreshadowed what happened in Sunday’s final, as North Carolina soundly throttled Chicago 4-0 to win yet another title. And if anybody still doubted that the Courage and their head coach Paul Riley had created a dynasty, the team removed all doubt in wrapping up its third championship in four years.

Access the best women’s soccer coverage all year long
Start your FREE, 7-day trial of The Equalizer Extra for industry-leading reporting and insight on the USWNT, NWSL and beyond.
Subscribe
Existing Users Sign In Here
Related Topics2019 NWSL PlayoffsExtraFeaturedPaul Riley