Chicago’s season is over. What now for Sam Kerr? 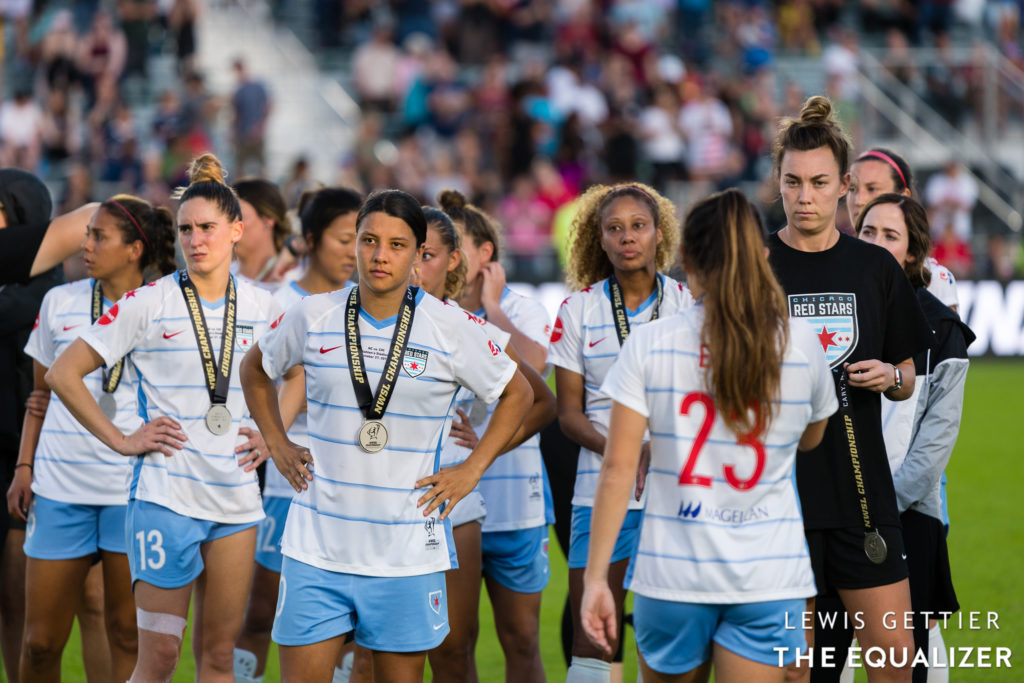 CARY, N.C. — If Sunday was Sam Kerr’s last act in the National Women’s Soccer League, it was incongruous with what has been a dominant tenure in the league.

Her Chicago Red Stars fell to the North Carolina Courage 4-0 on Sunday in the NWSL Championship. Kerr, who broke her own scoring record this year with 18 goals in the regular season, was visibly frustrated throughout the match as the Courage rattled Chicago early and often. She was held to just one shot on goal Sunday, a statistic that was more a product of a Chicago team that was overrun in midfield and couldn’t advance the ball to Kerr than an indictment on her productivity.

It has been widely understood that this could be Kerr’s last game with the Red Stars. The 2019 league MVP has been the subject of the most transfer speculation in women’s soccer this year. She has refused to comment on her future until after the Red Stars season ended. Sunday, nearly two hours after the final whistle, Kerr walked out of the locker room with a hoodie pulled over her head, declining to talk to assembled media.

What she’ll do next is the one of many big questions which soon needs answering in the league.

“We’ll do what we can to keep the group together,” Chicago coach Rory Dames said postgame.

Access the best women’s soccer coverage all year long
Start your FREE, 7-day trial of The Equalizer Extra for industry-leading reporting and insight on the USWNT, NWSL and beyond.
Subscribe
Existing Users Sign In Here
Related Topics2019 NWSL PlayoffsExtraFeaturedSam Kerr

No, North Carolina’s dominance is not bad for the NWSL
The Red Stars got bossed in the midfield by the fully bought-in Courage