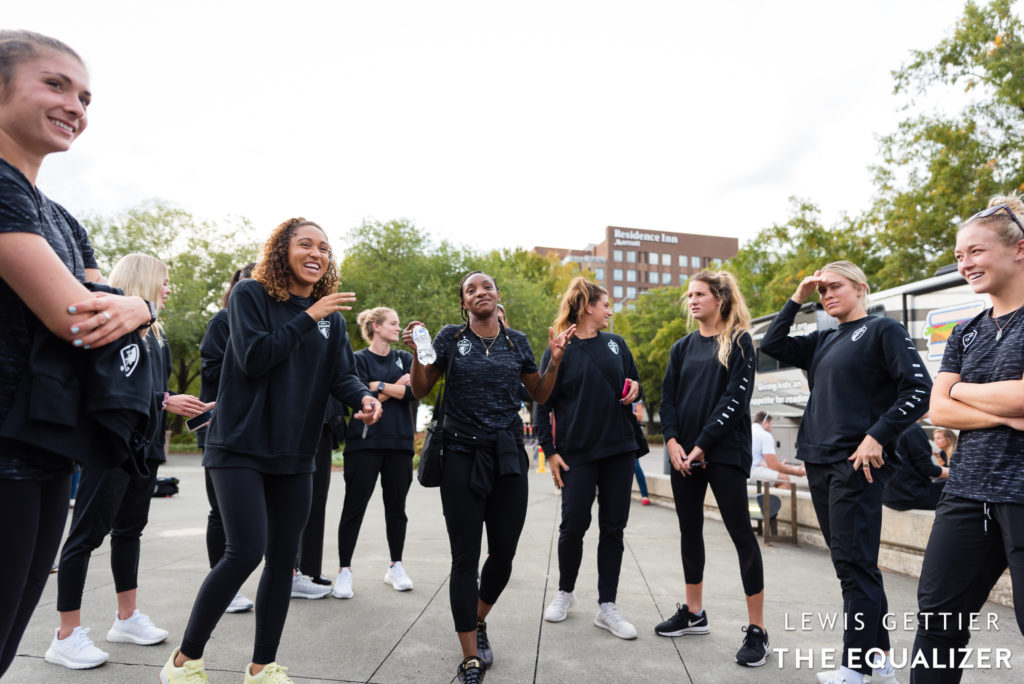 RALEIGH, N.C. — It is a tale as old as sports awards for fans to sip on a few drinks and debate the merits of those who won them, and those who didn’t. Anyone who knows me knows better than to get me started on Tobin Heath not being the National Women’s Soccer League MVP in 2016. But here’s the thing: Lynn Williams was a reasonable alternative. She tied for the league lead in goals and helped a team picked to finish near the bottom of the table into the playoffs (and eventually the NWSL Championship, but her MVP award was already won by then.)

Williams did not win the MVP in 2019. That hardware was handed out to Sam Kerr, following Chicago Red Stars’ media day on Friday at the Duke Energy Center for the Performing Arts in Raleigh. Williams was a finalist, though. But she was not named to the league’s Best XI. Or it’s Second XI. That anomaly was one of several Best and Second XI selections and omissions that ranged somewhere between head-scratching and egregious.

“I’ve said this before. I think there just needs to be consistency in the voting,” Williams said. “Whoever voted for the MVP, you’re saying those are basically the best four or five players in the league, but then some of them don’t make the best 22. How does that make any sense? You’re the best five here but not the best 22 here?”

Access the best women’s soccer coverage all year long
Start your FREE, 7-day trial of The Equalizer Extra for industry-leading reporting and insight on the USWNT, NWSL and beyond.
Subscribe
Existing Users Sign In Here
Related Topics2019 NWSL PlayoffsExtraFeatured