With Davidson out for the NWSL Championship, how does Chicago fix it’s defense? 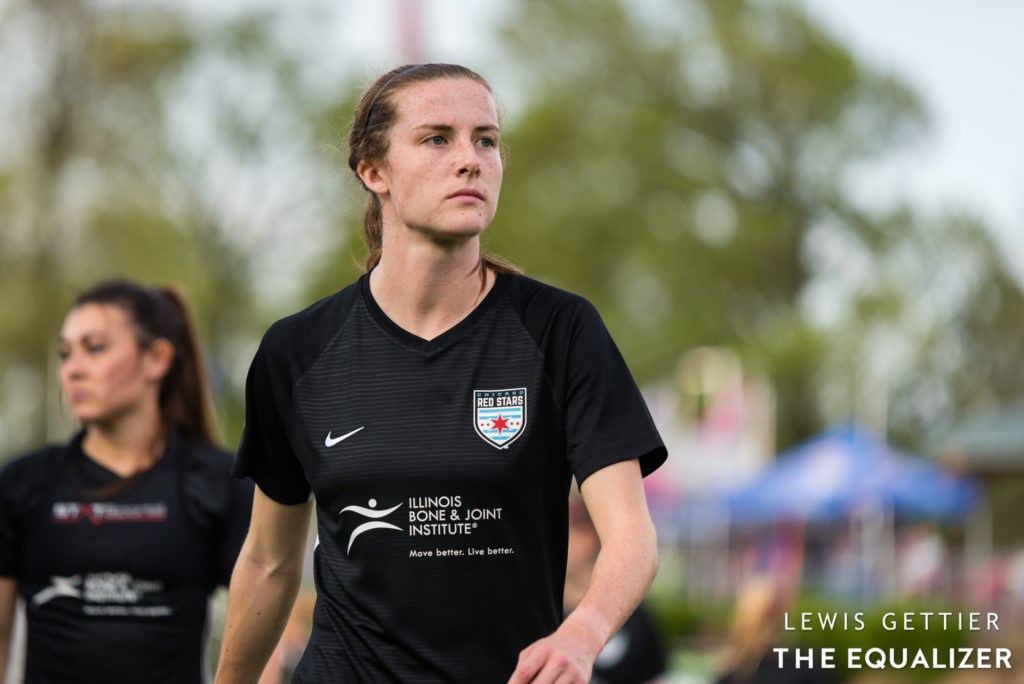 Several times over the past week, Chicago Red Stars’ head coach Rory Dames has talked about making changes to his starting XI for the NWSL Championship game this weekend in Cary, North Carolina.

Shortly after the final whistle of the team’s semifinal victory over the Portland Thorns last Sunday, Dames mentioned the possibility of starting Katie Naughton in the final. Then, on a midweek conference call with the media, he spoke about the possibility of moving Julie Ertz into the midfield.

Both comments sounded more like gamesmanship on Dames’ part than an actual tactical plan for the match, as his squad had only given up two goals in six games since making Tierna Davidson and Ertz his preferred center-back combination in early September.

Now, however, it doesn’t matter whether that talk was bluff or bluster. Davidson on Friday was ruled out of Sunday’s final due to an ankle injury sustained in the opening minutes of Thursday’s training session. Without the rookie and United States international, the Red Stars will be forced to make changes to their starting lineup for Sunday’s final against the North Carolina Courage.

“I would say that it definitely simplifies what we’ll do in the game,” Dames said Friday when asked whether he was planning something different for Ertz prior to Davidson’s injury.

One option would be to slot Sarah Gorden into the middle — a position where she excelled through much of the 2019 regular season — but that would create a gap out wide. If veteran outside back Arin Wright were available, that would seem to be a viable workaround. However, Wright announced on Thursday evening that she is pregnant and will not be available for the final.

Brooke Elby would be another option to play wide if Gorden were moved to center back for Davidson. But, Elby has only logged a total of 316 minutes this season. And, many of those minutes have come in a more advanced role.

The easiest replacement for the Red Stars on Sunday is to put Naughton back into the starting XI. It also represents a chance for the 25-year-old to bring her 2019 campaign full circle.

Naughton, in her third season as a regular starter, lost her spot late this year after Portland drubbed Chicago 3-0 in August. That’s when Dames made the change to his center-back combination.

Still, no one on the Red Stars staff has lost faith in their young defender in the weeks since. In fact, Dames turned to Naughton in last week’s semifinal win as his team’s only substitute. In the 75th minute, she entered the match to help Chicago kill off the game while the team held on to a 1-0 lead against a team they hadn’t beaten in over six years.

Following the match, Naughton told the media that assistant coach Craig Harrington has told her to stay prepared — a message that seems all the more prescient now.

“He talks to me probably every day, just saying, ‘You’re going to get called on. Be ready when that comes,’” Naughton said.

Of course, getting back into the lineup against the Courage would also represent a Mt. Everest-level challenge for Naughton – or any defender. With their unconventional box midfield set-up, North Carolina is organized specifically to overload their opponent’s center backs with two forwards and two overlapping No. 10s. Those four players interchange with ruthless efficiency and make it nearly impossible to track runners through, around, and behind a back line.

Against North Carolina, the entirety of Chicago’s defense and midfield will need to stay switched on for 90 minutes. While the Courage usually win by controlling the midfield and generating loads of chances, they also demonstrated in last year’s semifinal against the Red Stars that they can lose the possession battle and still come out on top with lightning-quick counter attacks. Now, it will likely be Naughton — not Davidson — tasked with stopping that.

For the playoffs only: Get 40% off your first year of annual subscription