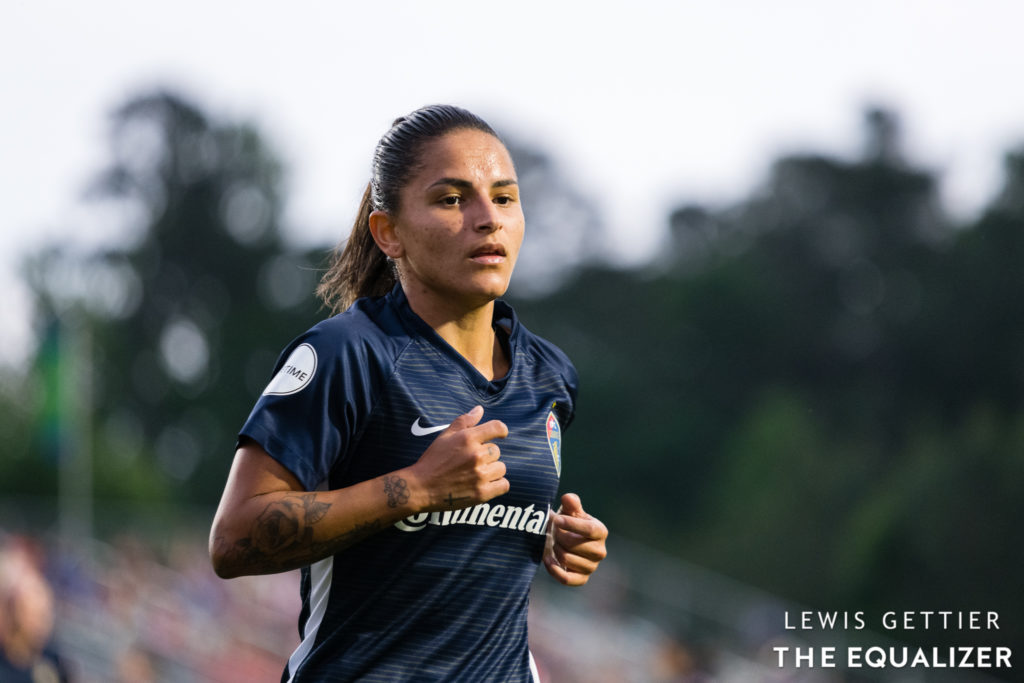 Debinha celebrated her 28th birthday last Sunday, but she was the one giving out gifts. The North Carolina Courage midfielder created a game-high seven chances on the way to netting the eventual game-winner during extra time against Reign FC in the NWSL semifinals. It was a curling free kick that found the upper 90, a bit of the “Brazilian magic” that has been her signature and bedeviled opponents since she arrived in the league three years ago.

This year has been something of a breakout campaign for Debinha. Her dynamic play for Brazil opened eyes during the World Cup in France, perhaps forecasting the next star for that squad. Meanwhile, her nine goals and seven assists for the Courage made her one of five finalists for league MVP. It feels like a year when statistics and public perception finally caught up with her skills.

“I’m so happy for this and so happy to help the team,” Debinha after the win over the Reign. “This is incredible for all the girls, and it’s just a special day.”

It was the latest special day for Debora Cristiane de Oliveira since she found football growing up in Brasópolis, a small city in southeast Brazil.

Access the best women’s soccer coverage all year long
Start your FREE, 7-day trial of The Equalizer Extra for industry-leading reporting and insight on the USWNT, NWSL and beyond.
Subscribe
Existing Users Sign In Here
Related Topics2019 NWSL PlayoffsDebinhaExtraFeatured