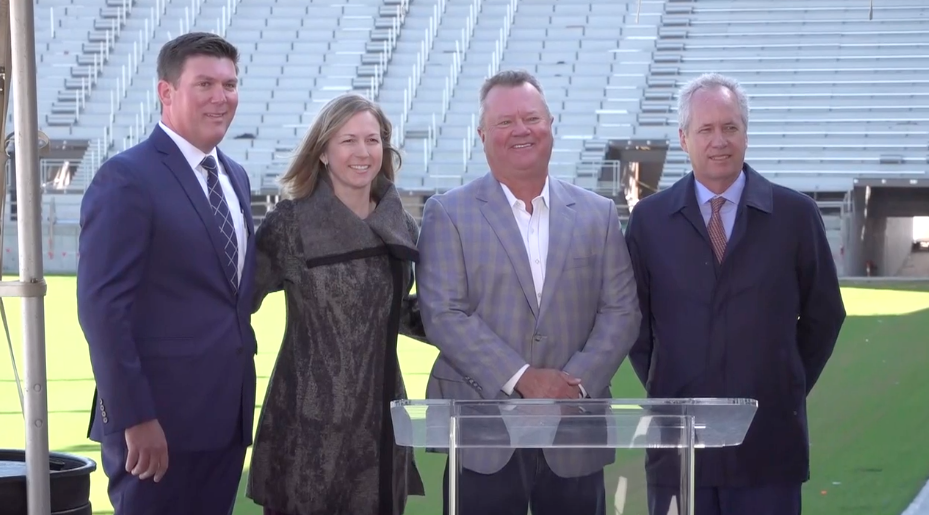 Louisville, Kentucky, will be the home of a National Women’s Soccer League team beginning in the 2021 season. The league and Louisville City FC, the second-division USL Championship club which will share ownership with the NWSL team, made the announcement on Tuesday at Lynn Family Stadium, the soccer-first venue set to open in spring 2020.

The announcement marks the first confirmation of expansion for the NWSL since Utah Royals FC joined the league in November 2017, shortly after two-time champions FC Kansas City folded and three months before the Boston Breakers folded. Louisville will have approximately 18 months to prepare for the 2021 NWSL season, marking the first time that the league has confirmed an expansion team more than five months in advance of their debut on the field.

“We are very excited to welcome [Louisville City FC chairman] John Neace and Louisville City FC into the NWSL,” said NWSL president Amanda Duffy, who worked for Louisville City FC prior to joining the NWSL, in a press release. “With the club’s growing, passionate fanbase, coupled with its strong ownership group, and its significant investment in a soccer specific stadium in a downtown location, we are thrilled to bring the highest level of women’s professional soccer to the area.”

Current NWSL teams are still actively preparing for expansion in 2020 — and the expected addition of the owners of Sacramento Republic FC, another USL team — although there is no timetable for an announcement. That deal is not finalized and still has final hurdles to clear. Sacramento Republic FC owners and MLS announced on Monday that the city had been awarded a 2022 MLS expansion team.

Louisville emerged this summer as a top candidate for NWSL expansion due to a few factors, which Duffy reiterated at Tuesday’s press conference. The state-of-the-art stadium being built close to downtown Louisville is an ideal size for an NWSL team, and the commitment to build a large training facility — on top of what has been deemed by the league as a strong ownership group — strengthened their case.

“We are incredibly honored to be joining NWSL, the greatest women’s soccer league in the world,” Louisville City FC president Brad Estes said. “We can’t wait to welcome these incredible athletes with open arms and support them in their mission to win championships. This market is hungry for more pro soccer, and we know our NWSL team will be a shining star in this league and in our community.”

Louisville City FC averaged over 9,000 fans per game during the 2019 USL season. Lynn Family Stadium is supposed to hold up to 14,000 fans, with over 11,000 permanent seats, according to the team. Louisville ranks 45th in size of U.S. metro markets. The NWSL team will be the city’s first top-level professional team.

Atlanta and MLS’ Atlanta United FC remain a possibility for 2021 NWSL expansion, sources have said, but there’s still significant work to be done to make that a reality.

Estes said a search will begin for a full technical staff, including a general-manager and head coach. He added that the club is working with a marketing agency and will market-test team names with fans. Per a joint press release from the league and club, the team’s logo, crest and colors are expected to be revealed later this year.