Another (near) winning moment for Heather O’Reilly 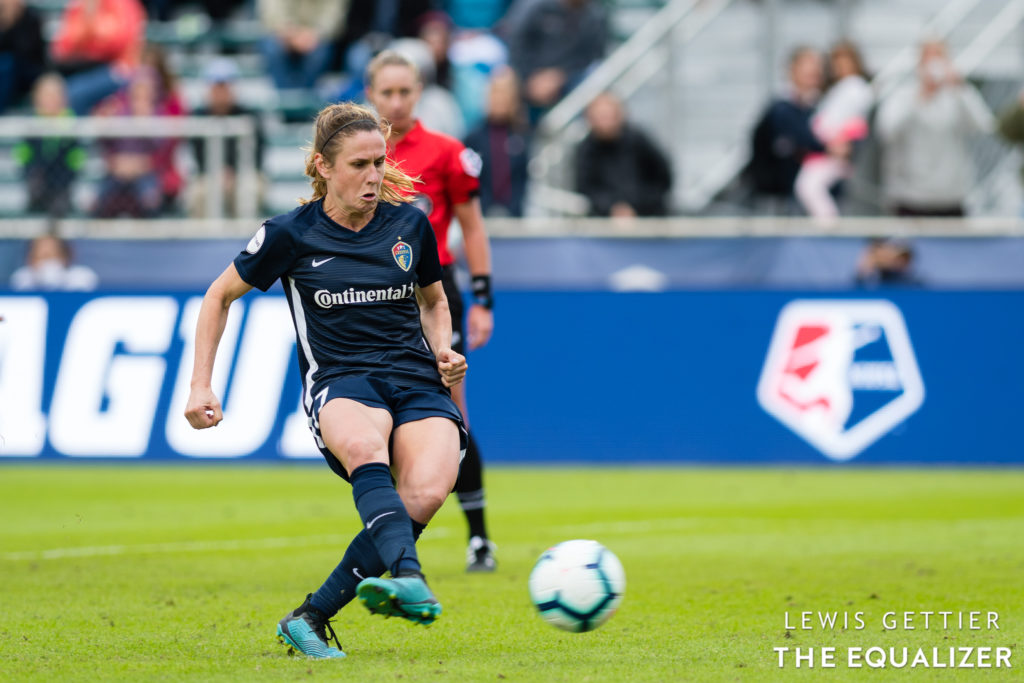 CARY, N.C. — It seemed like the storybook ending only someone like Heather O’Reilly could write. As regulation time ticked away during Sunday’s scoreless National Women’s Soccer League semifinal between the North Carolina Courage and Reign FC, a handball penalty was whistled against the Reign. The Courage partisans erupted, finally anticipating the game-winning goal that had eluded their team all afternoon. But Reign goalkeeper Casey Murphy was standing on her head, having already made nine saves to keep her team in the match. A penalty-kick goal wasn’t a sure thing.

Sam Mewis had taken all the Courage’s PKs for the past month or so, and there was no reason to expect otherwise today. But it was O’Reilly who stepped to the spot, on the same field where she scored her first international goal this month 17 years ago. She hadn’t taken a penalty kick all year.

“We’ve been taking penalties [in training] for about six to eight weeks now, and HAO’s been 16 for 16,” explained Courage manager Paul Riley. “It was a big moment, obviously, and who better than Heather O’Reilly to step up and take the penalty?”

Even today, if you ask O’Reilly about the games she most remembers in her decorated career, she’ll first reel off the wins that got away. There’s the high school state championship back in New Jersey, in which she scored all four of her team’s goals but missed her attempt in the penalty shootout. There’s the 2005 NCAA quarterfinals against Florida State when O’Reilly, then playing for the North Carolina Tar Heels, was the only player who didn’t convert her kick from the spot during that decisive shootout.

Those past shortcomings probably flashed through the introspective O’Reilly’s mind as the occasion arose on Sunday. Murphy guessed one way; ‘HAO’ sent her shot the other. The Courage were seemingly into the championship. Another chapter in O’Reilly’s storied career was written.