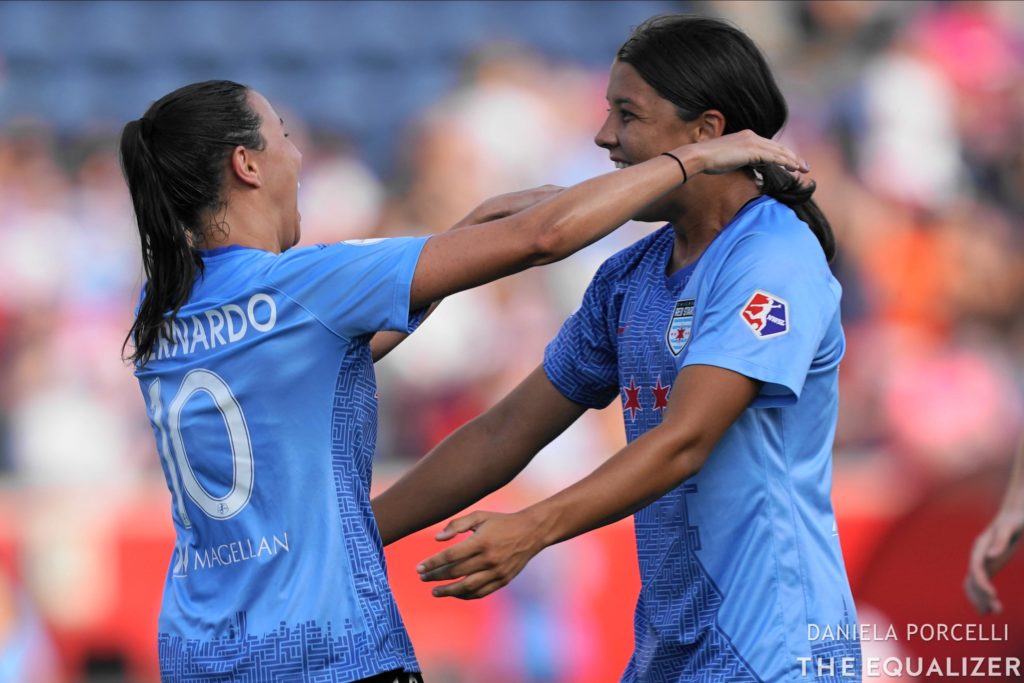 Kerr’s goal was her first in postseason play. She broke her own regular-season scoring record with 18 goals this season. Chicago had lost at the semifinal stage in each of the last four seasons entering the match.

Yuki Nagasato, who is also a league MVP finalist alongside Kerr, delivered the assist over the top for Kerr’s early goal.

The connection of @Yuki_Ogimi ➡️ @samkerr1 picked up right where it left off from the regular season.

Portland started the match in a 3-5-2 with Meghan Klingenberg and and Elizabeth Ball on the wings. Andressinha earned a rare start in the midfield as Portland head coach Mark Parsons tried to find a way to snap his team’s late-season slide and get them on track.

Ball was replaced by Hayley Raso to start the second half, as the Thorns shifted formations into their 4-2-3-1.

Portland was aiming for a third straight appearance in the championship match alongside North Carolina. Those two teams had split their meetings in the last two finals.

Chicago is the only team the Courage did not defeat in 2019. The Red Stars won both match-ups in Bridgeview, Illinois, and tied the Courage in North Carolina in the season-opener.

Reign FC did everything right against the Courage, and it still wasn’t enough
Lauletta: Assessing each team’s NWSL semifinal performance