Reign FC did everything right against the Courage, and it still wasn’t enough 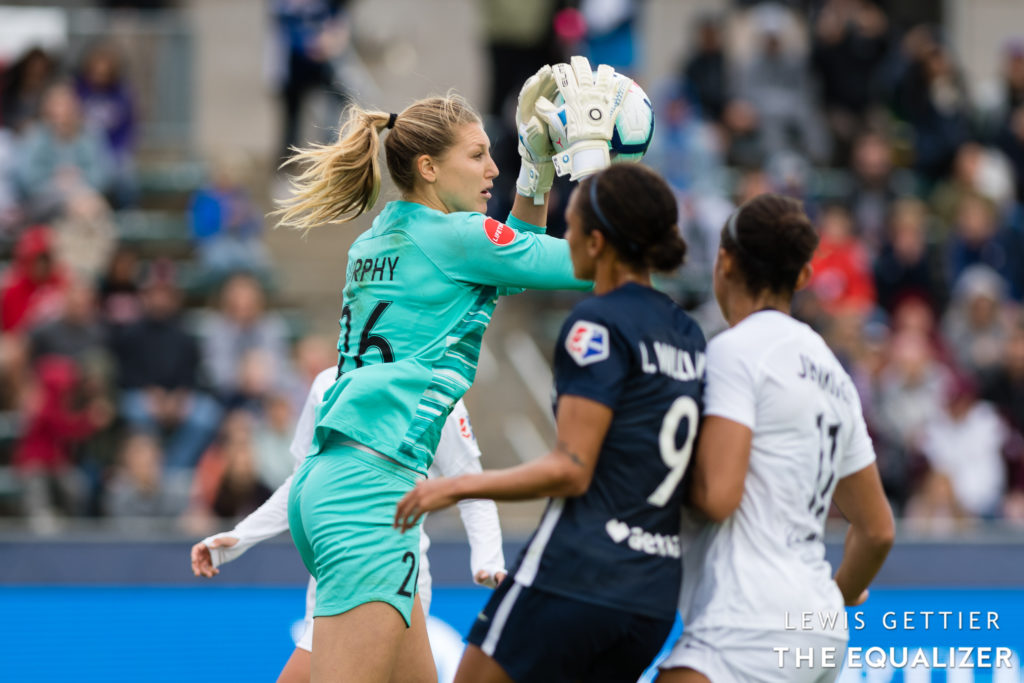 In the end, it all went as expected.

The North Carolina Courage are headed to a fourth consecutive National Women’s Soccer League Championship, including the franchise’s 2016 title as the Western New York Flash, after outlasting Reign FC in extra time on Sunday at WakeMed Soccer Park in Cary, North Carolina.

The 4-1 final score was both fitting and flattering for the Courage. North Carolina out-shot the Reign 34-7 and played most of the match in Reign FC’s defensive half but were denied by a combination of blown opportunities and incredible goalkeeping. Reign FC, beaten up and patched together throughout the season, weren’t going to win this semifinal playing any other way, and head coach Vlatko Andonovski knew it.

His starting right back on Sunday was 33-year-old Steph Cox, the former U.S. international who came out of retirement earlier this year after a couple years of coaching. Darian Jenkins lined up in an unusually defensive position on the right wing to provide extra cover for Cox against a Courage team littered with attacking talent and seemingly targeting that side.

Jodie Taylor struggled in a thankless role as the one target forward meant to give the Reign an outlet, and Megan Rapinoe – when not dueling with old U.S. teammate Heather O’Reilly on the flank – drifted inside to fill that role later in the match.

The Reign bent but didn’t break behind breathtaking goalkeeping from Casey Murphy in her first NWSL playoff match. Murphy made 11 saves, several of them 1-v-1, and was the primary reason the Reign even made it to extra time. If the 88th-minute penalty kick which O’Reilly converted felt unfortunate (even if the hand-ball call was clearly correct) given Murphy’s heroics, the 4-1 final score was downright cruel based on the Reign’s defensive effort.

Planning for the unexpected has Reign FC defying the odds

What we saw on Sunday was a Reign team which did its absolute best to match a deeper, more fit and more talented Courage squad, only to eventually and inevitably wear down in extra time. Ifeoma Onumonu’s shocking equalizer in second-half stoppage time only prolonged that fate.

Time and again, we’ve seen this Courage squad – the core of which began forming five seasons ago, with important pieces being added along the way – grind down opponents. The sheer volume of the number of opportunities which North Carolina typically creates almost always puts the numbers game in the Courage’s favor.

Single-elimination playoff games are about matchups and form as much as talent. The Courage had all three of those things on their side on Sunday. It would have taken a perfect game plan, executed without mistakes, plus a little bit of luck for the Reign to nick a goal on the other end and escape with a trip to the final. Reign FC did all of that and still lost by three goals.

The Courage are three-time Shield winners and looking to repeat as league champions. The core of this group unexpectedly won the 2016 NWSL Championship ahead of schedule. “Dynasty” is a strong word often thrown around too casually in sports. The term is relative, of course, and in the seven-year history of the NWSL and the other six years of pro women’s soccer in the U.S. (mostly because of their volatile history), we’ve never seen a run of dominance like this. FC Kansas City and the Reign sparred in 2014 and 2015, but both teams struggled the following years. FC Gold Pride folded, then WPS folded as the Flash picked up steam.

The NWSL is a league rife with player movement. From frequent, blockbuster trades, to expansion drafts (which will be making a comeback), it’s hard enough to keep a roster together the way the Courage have, let alone to keep winning.

In another week, the Courage will get the chance to win one more game this season on their home field, in Cary, and it would surprise nobody if they did just that. If they do, the franchise will have claimed six of the league’s eight available trophies from the past four seasons. What we’re witnessing is the best team in the league and one of the best club teams in the world.