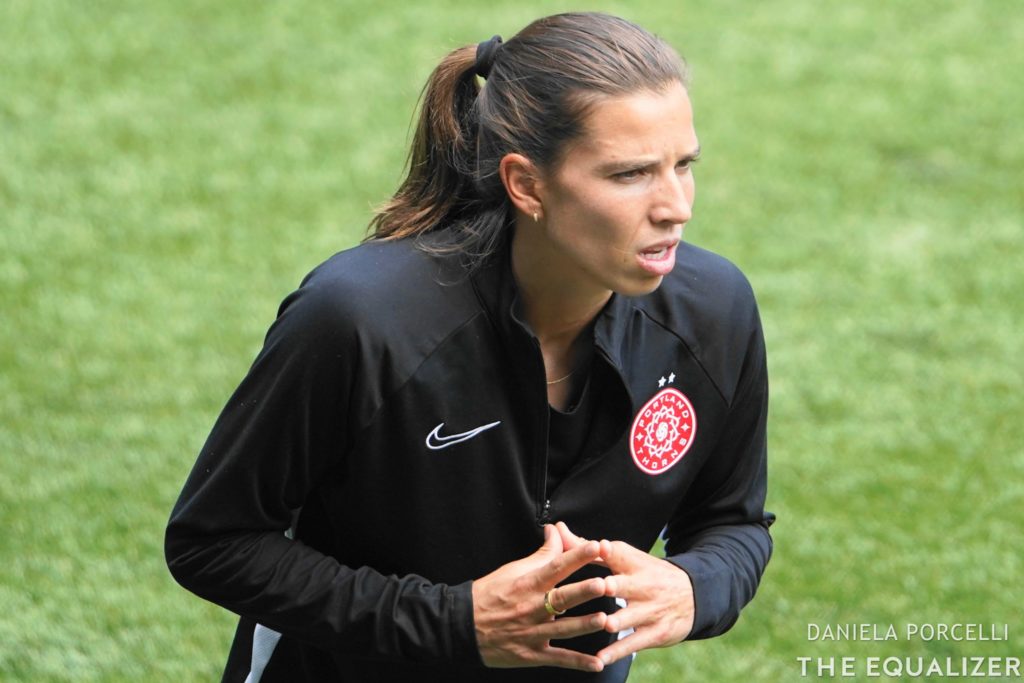 One is a two-time World Champion and Olympian, known throughout the sphere of women’s soccer as a magician, whose tricks on the ball are as entertaining as effective.

The other has been the best defender in the National Women’s Soccer League this year, but outside of the league is best remembered for her controversial omission from this year’s United States Women’s National team World Cup roster.

I am, of course, speaking of Tobin Heath and Casey Short. Their duels this season on the flanks of pitches in Portland, Oregon, and Bridgeview, Illinois, could – and probably should – provide a highlight reel all on their own. When they meet again on Sunday in the NWSL semifinal, the matchup will be a key part of the match for both viewers and the success of their respective teams.

Heath, that maestro of the pitch no matter on which side she lines up, has the best footwork in the league save Marta. Sure, it doesn’t always work out the way she wants, but Heath constantly keeps opposing players guessing. I’m not even sure Heath always knows what she’s going to do next, much less a fullback on the other team.

In fact, Heath may be the difference between a third straight trip to the final or a long plane ride home for the Thorns. It’s no secret they’ve been in poor form for the last few months, going from the driver’s seat of the Shield race to barely taking third place (thanks to points gained during the World Cup break).

The lone goal scored in their last five games? It was scored by Tobin Heath. She’s gotten on the score sheet more often these last few years as soccer tactics have moved focus from wide midfielders to wide forwards, and her unique ability to create chances makes her a double threat. We’re not too far removed from 2016, the year in which she led the league in assists and made her strongest case yet for MVP. The more often she’s on the ball, the better, for no other Thorn has her talent for breaking lines and ankles.

Standing in her way is the player who is almost certainly going to be the first outside back to win NWSL Defender of the Year. Short was on every NWSL Team of the Month this year, which is a poor consolation for missing out on a World Cup trophy but an impressive accomplishment nonetheless. Rightfully lauded for working hard to increase her offensive output this season, she’s still a defensive-minded player at heart, and that’s what she needs to be to properly take on Heath.

Thorns’ late-season slump is at odds with their history

Short possesses three of the most important qualities a fullback can have: speed, discipline, and presence of mind. Her pace means she’s rarely beaten on recovery runs, important when you consider how deadly the Thorns can be in transition. A long ball from Lindsey Horan, Heath to link up, and a finish from Christine Sinclair, could win the game. This plays into Short’s discipline – she’s not tempted to make silly fouls because she’s rarely beaten, which makes her less likely to gift Heath a dead-ball opportunity in a dangerous spot.

And finally, she is one of the calmest defenders around. When she lines up against Heath, she avoids getting sucked into whatever Heath happens to be doing with her feet and the ball at any given time, and thus she doesn’t make the mistake of committing too early.

Sinclair, Horan, Sam Kerr, Yuki Nagasato … both teams have plenty of difference-makers, players who can take the game in their own hands and pull off a result. But if I were a betting person, I’d put money on the winner of the Heath-Short battle being on the victorious side. Heath, the creative force behind the Thorns, and Short, one of the only people who can regularly shut her down – it’s going to be a battle worthy of a playoff match.