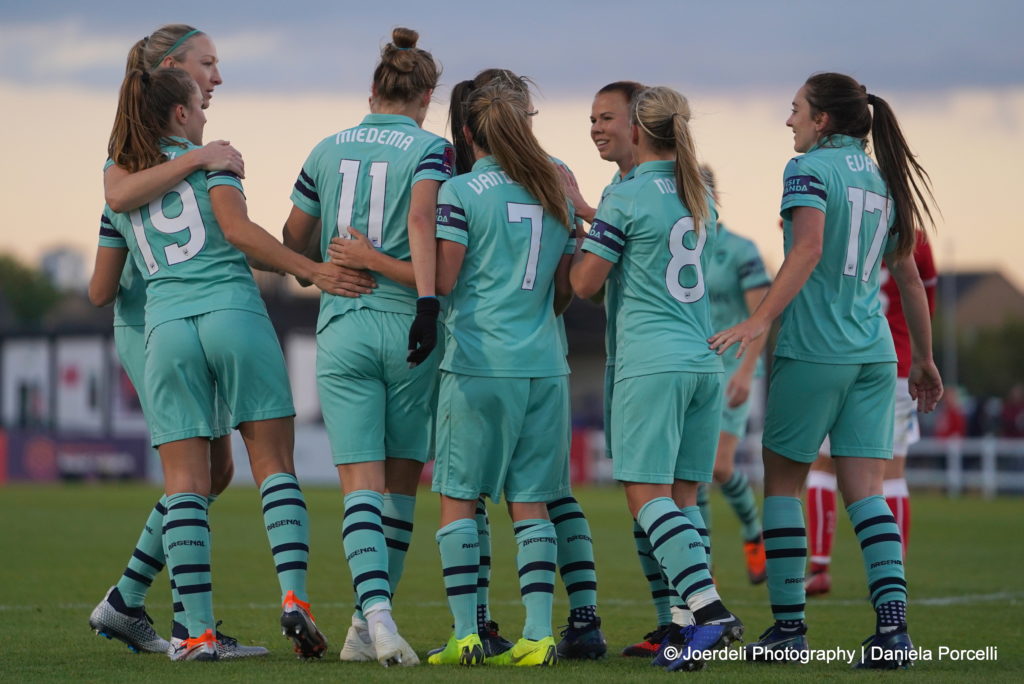 The UEFA Women’s Champions League was still in its first incarnation — the UEFA Women’s Cup — when Arsenal became the first (and, thus far, only) English women’s team to claim full European honors. Alex Scott’s stoppage-time goal in Umeå was the only effort that kissed the back of the net over the two-legged final.

Arsenal appeared in 12 of the first 13 seasons of the UEFA tournament, but the emergence of other English teams in the revamped home league (Women’s Super League) meant the Gunners fell just off of the pace and were absent from European competition for five seasons. But a near-faultless 2018-19 season saw Arsenal regain their domestic crown and ensure a return to the landmark club competition.

There are few teams in Europe that can boast the pedigree of the English champions, the team from North London only going without silverware in two seasons since 1992-93. Europe has seen her dominant women’s teams come and go. Italian side Torres suffered the same over-inflated economic fate as Tyresö with fellow Swedes, Umeå falling away. German independent teams FFC Frankfurt and Turbine Potsdam had their heyday before VfL Wolfsburg emerged as the team to beat in the Frauen-Bundesliga — though the German champions are routinely just off the pace against the titans of the continent, Olympique Lyonnais.

Few of the top dogs on the continent can claim such a rich and consistent history as the Gunners, but as they return to the premier tournament, Arsenal will themselves be a step behind.

Access the best women’s soccer coverage all year long
Start your FREE, 7-day trial of The Equalizer Extra for industry-leading reporting and insight on the USWNT, NWSL and beyond.
Subscribe
Existing Users Sign In Here
Related TopicsArsenalExtra