NWSL playoffs primer: One key player from all four teams 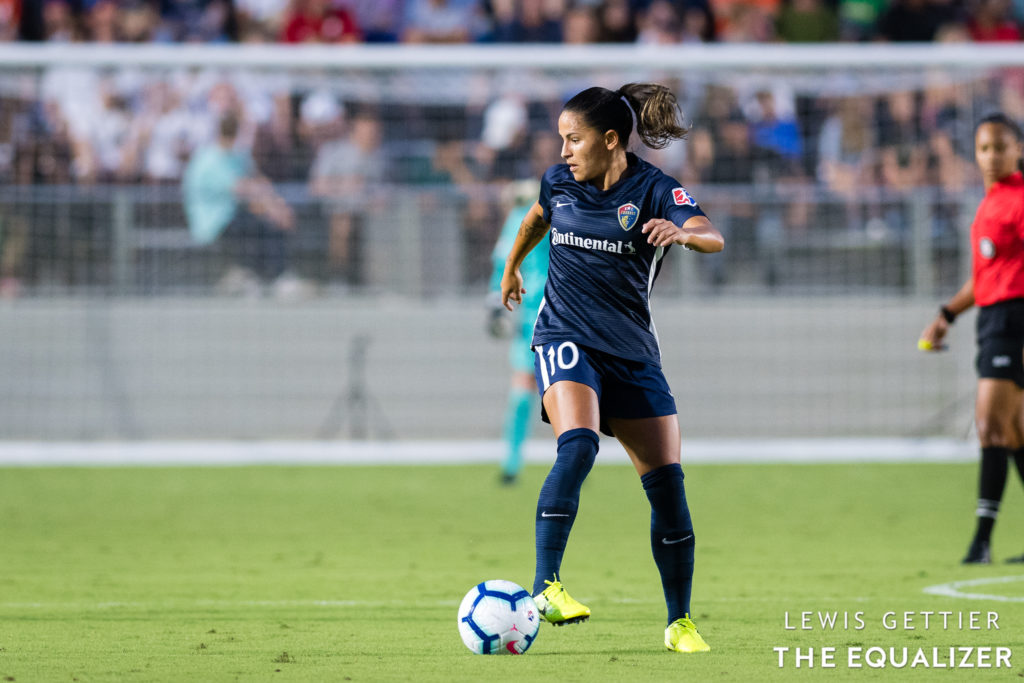 The National Women’s Soccer League playoffs are here with the same four teams in there that we saw a year ago. In fact, since 2016 the Portland Thorns, Chicago Red Stars and some form of the North Carolina Courage have been to the playoffs every year.

The Washington Spirit and Orlando Pride took the other spots in 2016 and 2017, respectively, before Reign FC jumped in last year and this year. If you’re a fan of sustained excellence, you’re loving this. If you prefer more parity, well, at least this year featured two fresh semifinal match-ups.

As we kick off the NWSL semifinal week, here is a look at one player on all four teams who could be considered pivotal to success over the next two Sundays.

It is difficult to pinpoint one player vital to the Courage’s success. They are easily the best team in the league and are also deep enough to overcome more in-game shortfalls than anyone else. It was tempting to name Stephanie Labbé, who has yet to really face a pressure match as Courage goalkeeper, but that sounds too cliché. And really, a goalkeeper is always an important cog in a playoff run.

The thinking here is that if Debinha plays well, it is nearly impossible to beat the Courage. She finished this season with eight goals and seven assists, which puts her in some rare air in terms of players accumulating both in the same season (the closest to a 10/10 season was Lauren Holiday’s 12 goals and nine assists in 2013). Her talents are multi-dimensional. Debinha can cut up a midfield with the ball at her feet, but also works hard off the ball and can score from close range or from distance.

Yet, the most underrated element of Debinha’s game is her defense. Along with Denise O’Sullivan, they pack a small but powerful and unrelenting dose of physical and defensive presence in the Courage midfield. Opponents already need to worry about stopping Crystal Dunn and Lynn Williams. Or the fact that the center-back pairing includes the last two NWSL Defenders of the Year. But they also know they need to contain Debinha to win. 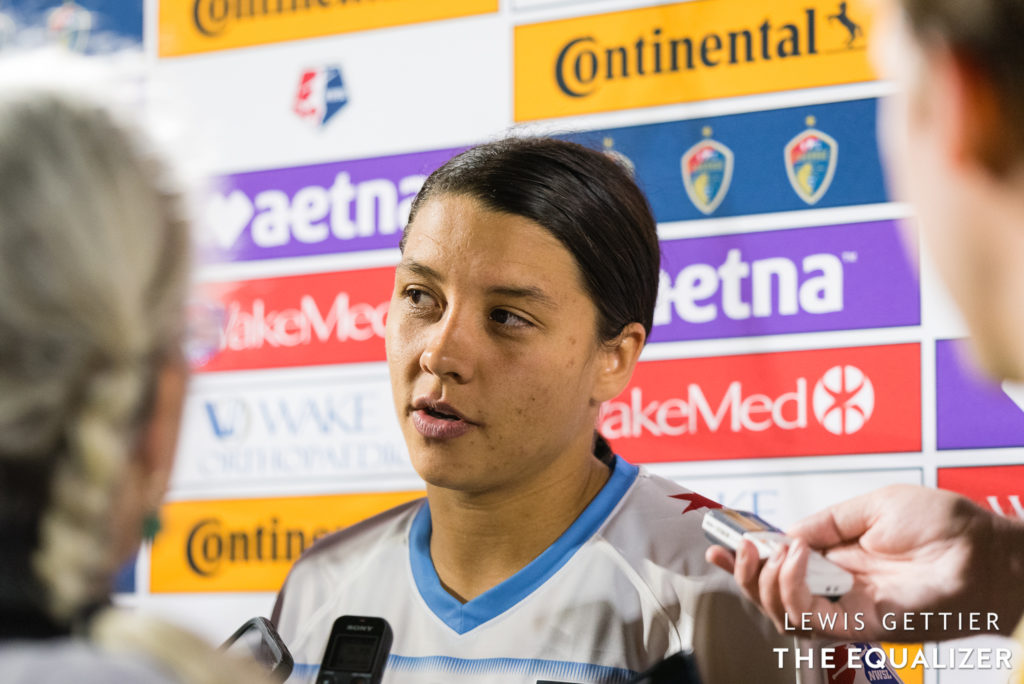 This one is obvious but also layered. As Sam Kerr goes, so go the Chicago Red Stars. This was illuminated after Kerr left to join Australia for the World Cup and the team promptly lost three straight matches, all by shutout. Then she came back and netted a hat trick in a 3-2 win over the Orlando Pride. She scored 18 goals this season — breaking her own league record — and added five assists. That’s 23 goals she had a direct hand in out of 41 the club scored during the season.

So, saying that Kerr needs to be good for the Red Stars to win seems to be stating the obvious. Why not Tierna Davidson, who will be staring down the Thorns in her first playoff start? Or Danielle Colaprico, who will be one line above Davidson and is capable of dominating a match out of the defensive midfield? Or someone like Savannah McCaskill or Katie Johnson, who can offer the type of secondary scoring that is currently keeping the Red Stars from being viewed along side the Courage as the best in the league?

There is another reason that Kerr occupies this spot. As good as she has been through the years, the lack of production in the most important games is starting to seep into her resume. Her NWSL playoff life consists of three games and no goals. Granted, two of those games, in 2013, were when she was 19  years old and hardly the focal point of the offense on a team with Abby Wambach and Carli Lloyd. But there are also empty performances in the W-League and with Australia.

We have seen Kerr take matches into her own hands, turn them into her own with a we’re-not-losing ruthlessness. But it has never happened in a match of crucial importance. The Red Stars don’t need that level of performance to win the NWSL Championship, but they really don’t want to go out again lamenting that Kerr didn’t have her finishing shoes on. 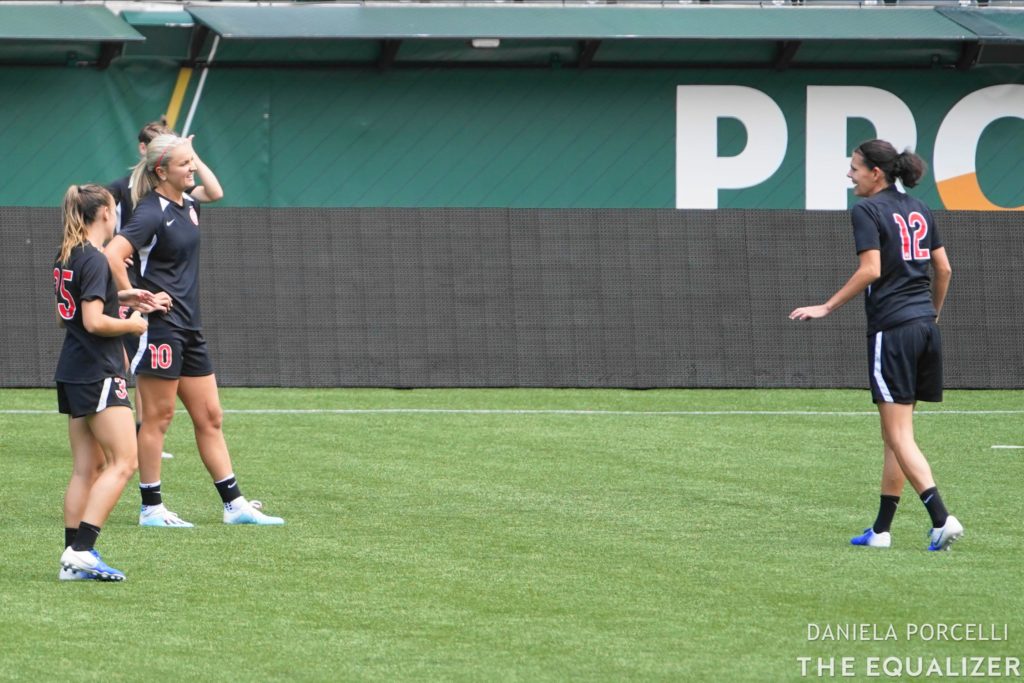 The encore to 2018, the Year of Lindsey Horan, has been a bit of a letdown. A year after being the MVP of the NWSL and the focal point of the midfield for the U.S. national team, Horan has had a pedestrian league season and wound up the odd woman out at the World Cup, not getting off the bench at all in the final.

Horan could change the entire narrative on her 2019 year with one goal, one moment. The Thorns just might need one of them to return to the pinnacle of the league. In large part due to nagging injuries that have plagued her since before Thorns training camp, Horan has not been the box-to-box threat this season than she has been in the past. And the Thorns are built in a way that requires them to get production out of their midfield. When Horan and Christine Sinclair are rolling, so too are the Thorns —usually.

Something’s off with the Portland Thorns

Even if Horan does not score, she can impact the match in other ways. She can be a useful pest in cutting off the supply to the opposition’s forwards. That will be Sam Kerr in the semifinal. And neutralizing Kerr will by itself more than double the Thorns’ chances of winning that match. But Horan is overdue to score a big goal. The Thorns have scored only once over their last give games and will be the first NWSL team to enter the playoffs having not scored in their last two regular-season games. No time is too soon for Horan to get going. 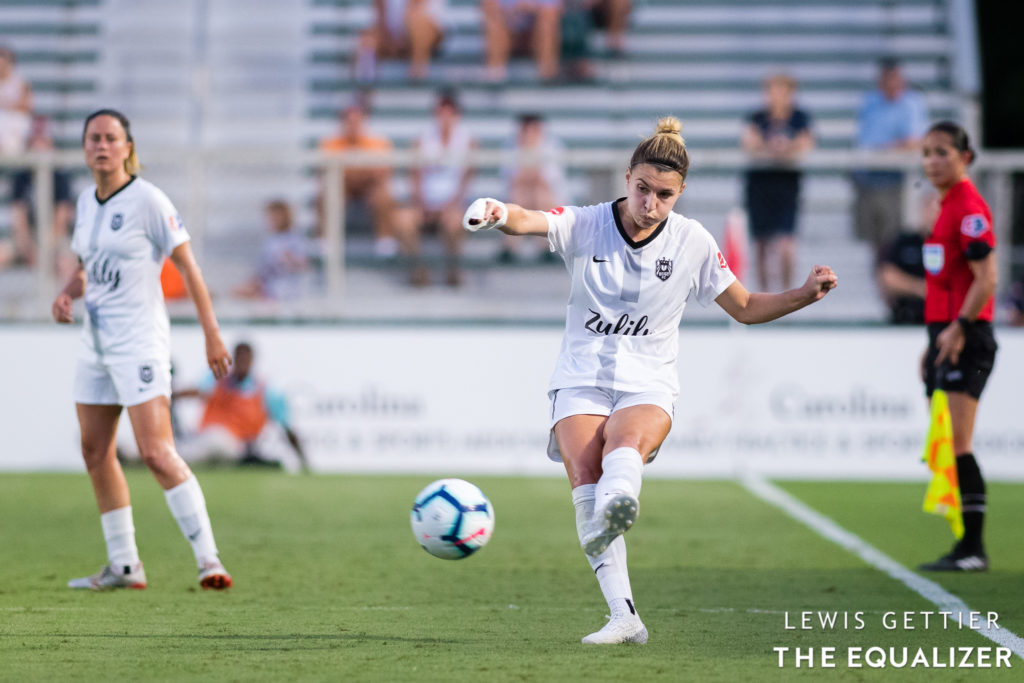 A month ago, this space may have been reserved for Jodie Taylor. And maybe it still should be. The Reign don’t have enough players who score consistently and it is no accident that some of their biggest results have come via big goals from Taylor. But it is Catley who can alter the landscape of the Reign attack.

Specific to the semifinal match-up in North Carolina, Catley and left-sided forward Megan Rapinoe will be matched up opposite Heather O’Reilly after Courage right back Merritt Mathias tore her ACL last month. O’Reilly is rightfully being sent into retirement on the shoulders of near universal praise. But she is also not a right back by trade. If Catley can control the flank with her possession and service, then she and Rapinoe should be able to combine to give O’Reilly fits and then open things up for players like Taylor to run through the middle.

This is easier said than done. To dominate the flank offensively, Catley must first defend, something she is more than capable of doing. The Courage won’t make it easy and can theoretically neutralize her overlapping runs just by keeping her busy on the other end. That is a good synopsis of why the Courage will be so difficult to beat. But if the Reign can someone figure out how to play the midfield to a stalemate and allow Catley to start orchestrating things going forward, that could unlock their ticket to at least one upset.

The Equalizer Podcast Episode 80: Seeding
Behind a heavy 2019 workload, Julie Ertz leads Chicago into another postseason