Behind a heavy 2019 workload, Julie Ertz leads Chicago into another postseason 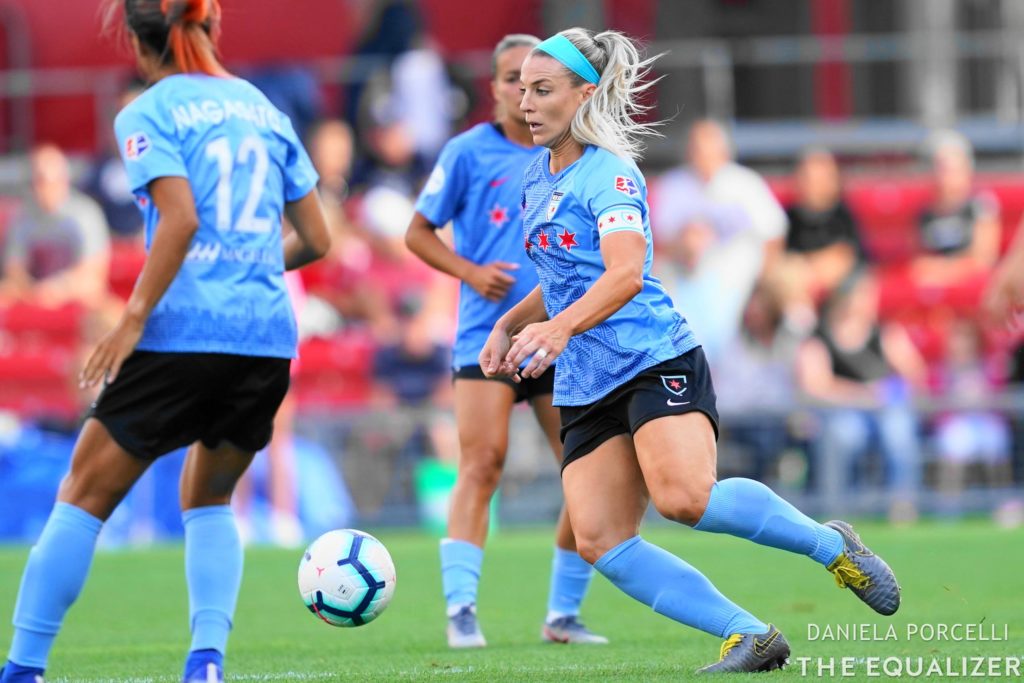 In most circumstances, this wouldn’t be cause for celebration, certainly not when the game was still tied in head coach Jill Ellis’ last match of her tenure. But that moment was the first time Ertz had been substituted out of a game for either the U.S. or the Chicago Red Stars since the final World Cup group-stage match against Sweden on June 24. In that time, she played over 1,800 consecutive minutes for club and country.

Ertz’s prodigious workload this year has been a feat of stamina and skill, with the starting midfielder (and, later, starting center back) finding ways to be relied upon without any extra recovery time between her international and club duties. This year has played out in stark contrast to the season prior, when Ertz had to take time both at the beginning and at the end of her 2018 club campaign to manage issues with her knee and back, respectively.

But in 2019, Ertz served as the starting midfielder for a World Cup roster that ultimately didn’t have a clear backup No. 6, asking for a superhuman amount of fitness. Even in the early stages of the National Women’s Soccer League season, she would play full 90-minute matches with the Red Stars, and then run sprints with the substitutes after the game to meet the regimen she’d rely on to make it through the summer intact.

Access the best women’s soccer coverage all year long
Start your FREE, 7-day trial of The Equalizer Extra for industry-leading reporting and insight on the USWNT, NWSL and beyond.
Subscribe
Existing Users Sign In Here
Related Topics2019 NWSL PlayoffsExtraFeaturedJulie Ertz

NWSL playoffs primer: One key player from all four teams
The Lowdown: My 2019 NWSL awards ballot