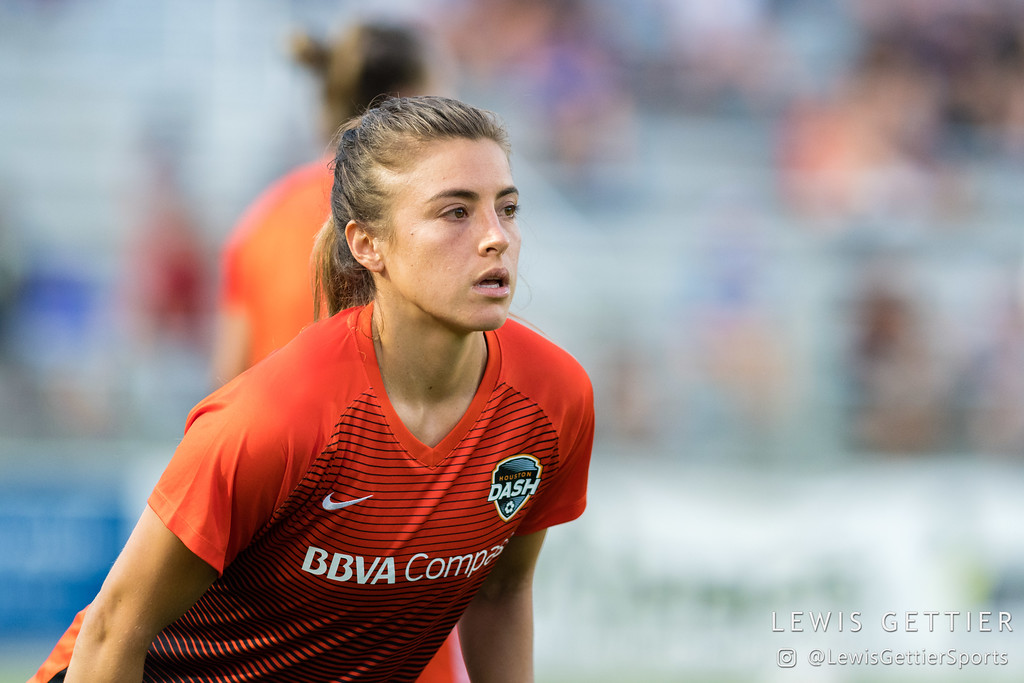 Women’s soccer has long been known for the accessibility of its players. This past weekend, we saw the negative ramifications of that. In separate incidents a day and a country apart, professional women’s players faced dangerous and inappropriate situations while interacting with fans after a match.

On Saturday, Houston Dash midfielder Sofia Huerta was groped by an adult fan while posing for a “selfie” photo. The Dash were playing Liga MX’s Tigres UANL in a friendly, the first time a National Women’s Soccer League team had played a match outside of the United States. After the match, a photo surfaced of what appears to be a man placing his hand near Huerta’s breast while she held a phone to take a photo. The Attorney General’s Office for the State of Nuevo Leon has opened an investigation into the incident.

Tigres issued a statement condemning the behavior and vowing legal action and a lifetime ban from all facilities for the fan. The Dash subsequently released a brief statement supporting Tigres’ pursuit of justice. The fan has reportedly been identified by Tigres.

Houston’s statement reads: “We support the position of Tigres UANL in having zero tolerance for the gestures that occurred on Saturday and we believe that this behavior has no place in our game or in our society. Above all, our first priority is the safety of the players and we appreciate the effort of Tigres to resolve this issue.”

The Dash had no further official comment at this time. Huerta, who has played for the United States women’s national team seven times after completing a one-time switch from playing for Mexico, has not publicly commented on the matter.

On Sunday in Chicago, after the United States women’s national team’s final game of the World Cup victory tour, a fan leaped from the stands onto the field and ran toward U.S. forward Carli Lloyd. U.S. teammate Allie Long attempted to restrain the fan in the absence of any meaningful or timely action from security at Soldier Field.

The fan hugged Lloyd, who smiled and signed the fan’s jersey before the young fan was escorted away gently. It’s unclear what happened once that fan was turned over to Soldier Field security, but it’s indisputable that security failed in the moment.

Whoever this girl is, you are my new hero pic.twitter.com/HdyLjs0Jpm

Field invasions still happen too regularly, and almost always end with security tackling the intruder and said intruder being arrested for trespassing.

A U.S. Soccer spokesperson said the women’s national team travels with their own security at every training camp and game. That person works directly with local stadium security or, if traveling outside the country, the Department of State.

The severity of outcomes among the two incidents varied greatly – one an alleged sexual assault, the other a young fan obtaining an autograph – but that intruder in Chicago could have just as easily been a violent or unstable person with far worse intentions. Former tennis world No. 1 Moncia Seles was stabbed on the court in 1993 by an obsessed fan of her opponent, Steffi Graf.

What happened to Huerta is appalling, and it brings to reality the unspoken risks that players face in their efforts to forge deeper connections with fans – fans they need to turn out in greater numbers and frequency to grow their sport. This happened in Mexico, but it could have happened in Houston or any number of U.S. venues.

In any of their hundreds of weekly interactions, players have no idea the background of or intentions of a given person looking to talk or take a photo. That’s the reality for anyone – athlete or not. Imagine walking up to a complete stranger and saying nothing other than, ‘Can I take a photo with you?’ In women’s soccer, it creates an uncomfortable dichotomy between the onus on the athletes to promote their sport, and their basic need for safety and privacy.

Requests for selfie photo have, anecdotally, at least grown to be as frequent as those for autographs, a product of generations shifting from trading cards and signed memorabilia to experiences measured in digital currency. After each game, fans line up at the edge of the seating bowl. They hang over the edge toward the field, holding their cell phones out for the player to take and snap a photo.

Players largely oblige. The culture of growing the sport was instilled by previous generations – highlighted by the incredible U.S. team that won the 1999 World Cup – and has carried on into the current group.

The NWSL is still in a precarious growth stage, with some franchises (Houston among them) struggling more than others to gain traction in their respective markets. If a photo with a favorite player brings a fan back to more games, most players are willing to snap it – especially for young fans. In the NWSL, that might mean a few hundred fans looking for that moment; for the U.S. national team, several thousand.

The U.S. women have reached a tipping point in popularity following their 2019 World Cup triumph, a platform they’ve been building toward since America’s reawakening to the team at the 2011 World Cup. The attention spiked further during the Americans’ 2015 World Cup triumph. Now, Megan Rapinoe and Alex Morgan, among other teammates, are bona fide celebrities. They are household names.

Reaching such status requires taking further precautions in public, the ugly realities which movie stars and athletes alike have to deal with. The more intimate player-fan interactions are going to be things of the past, a reality of any growing act – from sports teams to bands. They’re big-time.

At the NWSL level, though, the grassroots relationships mostly still exist. Stadium design trends in all sports continue to put fans closer to the experience and to the players. Seats are closer than ever to the sidelines; fans can purchase tickets that get them in the players’ tunnel before and after the games. The NWSL Championship will take place in Cary, North Carolina, later this month at a charming stadium where the stands extend to practically within touching distance of the team benches.

There are inherent dangers to these fan-first initiatives, and significant consequences to the abuse of such access. Saturday’s incident in Mexico underscored this in the worst of ways. It wasn’t just an abuse of access – it was a violation of human rights.