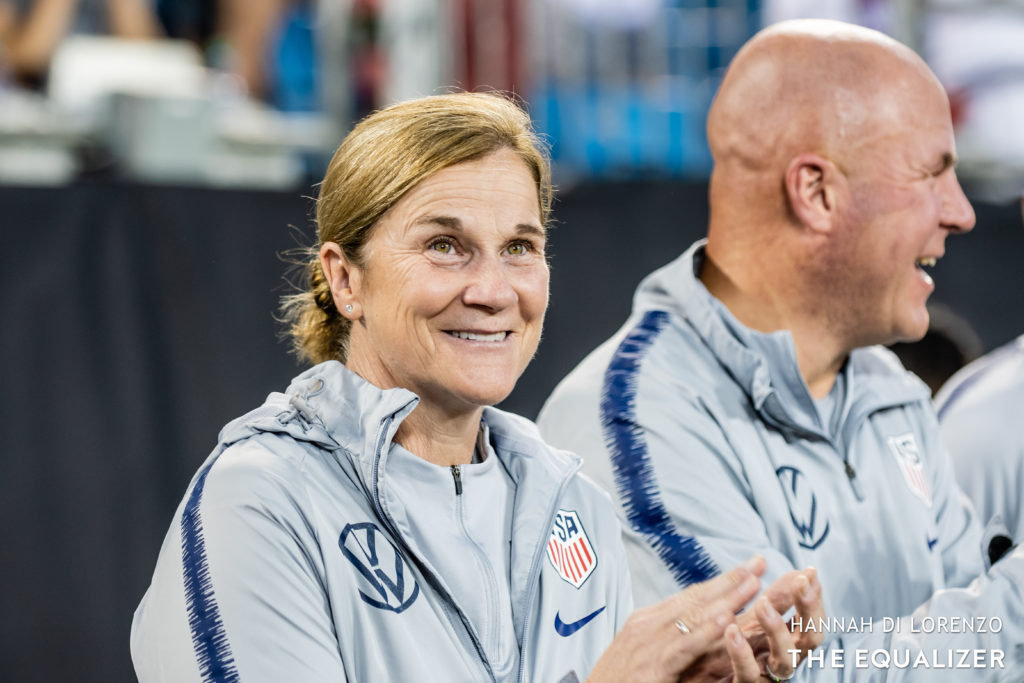 Chicago — Jill Ellis had her family and players surrounding her with love and admiration for the last several years. Ellis became the first female coach to ever win back-to-back World Cup titles, claiming her second title this past summer. She succeeded with roster changes that she never begged fans to accept.

Instead, Ellis put her head down, planned and got to work.

That resulted in her becoming the U.S. Women’s National Team’s all-time winningest coach in program history. She passed the late, great Tony DiCicco last Thursday when the U.S. put up two goals against South Korea. Against the same opponent on Sunday afternoon, the USWNT compiled a 1-1 draw.

It almost seemed like the celebratory match — which is also the last of the five-match Victory Tour — would end like Abby Wambach’s celebratory match. Wambach’s final USWNT match resulted in the federation’s first loss in 10 years on American soil. However, only three minutes after Ji Soyun’s first goal of the match, Carli Lloyd came back with a strong header off a Megan Rapinoe free kick.

Moments later, Soyun had a chance to take back the lead. This time, Alyssa Naeher jumped on the Korean’s chance and made the save. The United States also had strong chances, with Julie Ertz hitting the post at one point inside Soldier Field. In the second half, the United States saw Son Hwayeon leave the match in the 84th minute after some substitution confusion. However, the best chance came from Mallory Pugh, who mis-hit her shot and saw it roll right to Kim Minjung.

The match ended with a draw, ending the United States’ winning streak at 17 games.

If you thought watching that @CarliLloyd goal at full speed was fun, check this out… 😳

ps: @mPinoe services continue to be a beauty. pic.twitter.com/oCOm05wbZA