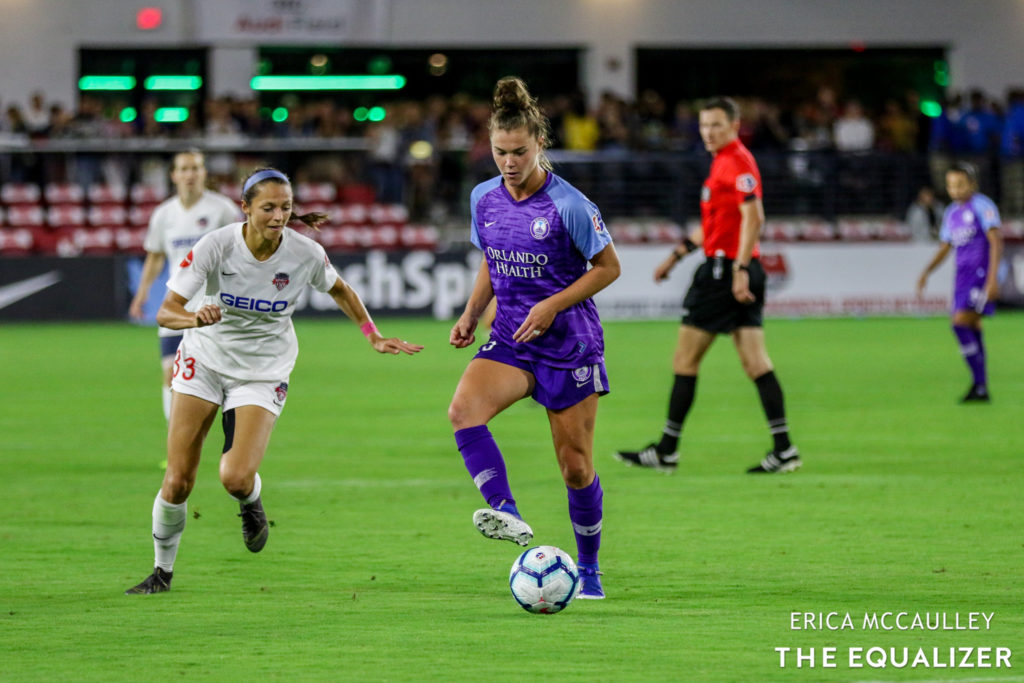 While the hunt for a spot in the NWSL playoffs is officially over, there is still pride at stake for final landings on the NWSL table. On Saturday night, the Washington Spirit picked up three points on the road, scoring three goals against the Orlando Pride. Washington saw their playoff hopes slip last weekend, as Reign FC secured the last playoff spot.

That finish, so smooth. @ash_hatch33 puts @WashSpirit in front.

However, that didn’t stop the Spirit from having three different goal-scorers find the back of the net. It was Washington’s night early on, as Ashley Hatch scored the match’s first goal just five minutes in. Her shot was assisted by Crystal Thomas, who scored the evening’s second goal in the 62nd minute.

Meanwhile, Tiffany McCarty found her first goal of the NWSL season in the 85th minute.

However, that wasn’t the only first of the evening. Instead, just seconds before McCarty’s goal, Washington elected to substitute out goalkeeper Aubrey Bledsoe in the 79th minute for Shae Yanez. Yanez is an alum of the University of Tennessee. Meanwhile, Orlando elected to give Lainey Burdette her professional debut, starting over Haley Kopmeyer. Burdette was forced to make four saves against McCarty, Hatch, Tori Huster and Sam Staab.

A mistake at the back from @ORLPride and Crystal Thomas eventually capitalizes for @WashSpirit.

Washington will look to finish in the fifth place spot with one more match next weekend against the Portland Thorns. Despite not making the playoffs this year, there was improvement from last year. In 2018, the Spirit sat in eighth place with only 11 points. This year, they’re in fifth with 33 points.

Meanwhile, the Pride finished 2018 in seventh place, but is confirmed to finish this season in last place.

What'd you do, Tiffany McCarty?! 😳