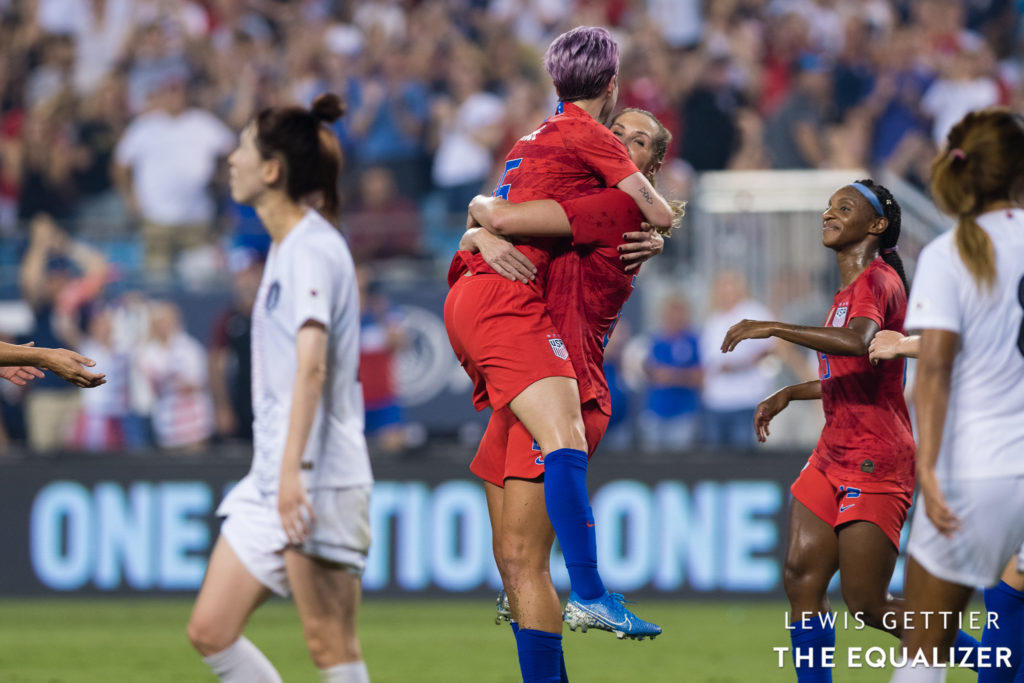 Including her stints as interim coach, Ellis has 106 victories in charge of the U.S., breaking a tie with Tony DiCicco for most wins in program history. Her record with the U.S. is 106-7-18. Ellis’ last game in charge will be Sunday’s match against South Korea in Chicago, the last as part of the team’s World Cup victory tour. Ellis was in charge of both the 2015 and 2019 World Cup-winning teams.

Allie Long scored in the final seconds of a lethargic first half to put the U.S. ahead, 1-0. Replays showed that Long was offside when Megan Rapinoe delivered the free kick, but the goal stood.

Mallory Pugh added a second tally in the 76th minute when she was left unmarked inside the six-yard box on Rapinoe’s corner kick. The U.S. hit the woodwork four times in the match.

Krieger was honored prior to the match for reaching 100 career international caps earlier this year.

Midfielder Andi Sullivan was added to the 23-player U.S. roster of World Cup players to account for all the injuries. The U.S. had only four field players available off the bench on Thursday. Sullivan entered the match in the 66th minute, replacing Washington Spirit teammate Rose Lavelle.

One last hurrah for the USWNT victory tour: How to watch
USWNT draws South Korea, 1-1, in final match for Jill Ellis