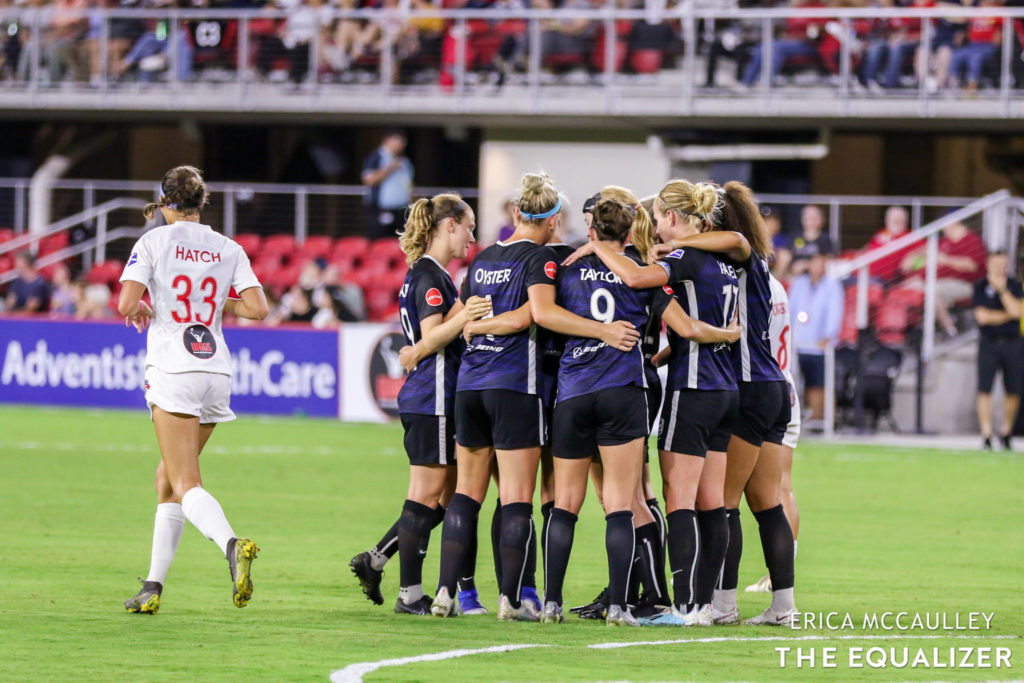 It all boiled down to the last few minutes at Red Bull Arena. Yes, you read that right. Sky Blue FC closed out their final home match of the season at Red Bull Arena, leaving Yurcak Field to the memories of previous years. Sky Blue were looking at a loss heading their direction, but Carli Lloyd slotted home the equalizing goal from Sarah Killion in the 88th minute. The New Jersey club was able to notch one point, in a 1-1 victory.

However, the visitors, the Orlando Pride, got on the board first. Shelina Zadorsky found the ball rolling in the middle of the penalty area and slid to get it past Canadian goalkeeper Kailen Sheridan.

A free kick from @emslie22 and an easy finish for @Shelina4 at the back post.

The match ended with a bit of controversy, as Ashlyn Harris took down Elizabeth Eddy in attempts to get the ball. The referee, Karen Callado, elected to not pull out a red or yellow card, and did not give a penalty kick attempt.

How good was this to secure the point late on the road from @Ashlyn_Harris? 😲 pic.twitter.com/ZDPvlrMchk

Both sides are out of playoff contention, as Reign FC secured the final spot — see the recap below — in the NWSL playoff race. However, they will each close out the season with a match next weekend. However, Orlando will face off with with the Washington Spirit in a weather delay rescheduled match on Oct. 5. Orlando closes out the season on Oct. 12 against Reign FC, while Sky Blue will take on the North Carolina Courage that same day.

Bethany Balcer is having a Rookie of the Year campaign. With the Portland Thorns pressing high against Reign FC at Cheney Stadium, and the Reign up by one goal, the home side needed some insurance. Vlatko Andonovski elected to bring in the young rookie in the 74th minute. Less than 10 minutes later, Balcer found the back of Adrianna Franch’s net with the game-winning goal.

With the 2-0 victory, Reign FC has secured the final spot in the NWSL playoff race. Jodie Taylor scored the first goal of the match, in the 27th minute, to provide momentum for the Reign. Also, with the win, Chicago will place second in the NWSL standings. Meanwhile, the Thorns and Reign will battle it out for third and fourth place in the NWSL’s decision day on Oct. 12.

Her finish has @ReignFC in the lead.

Casey Murphy had a strong outing in goal, facing and saving shots from Lindsey Horan and Ana-Maria Crnogorčević. Meanwhile, Franch was busy in net, saving one shot from Beverly Yanez.

Reign FC will close out their season on Oct. 12 against the Orlando Pride at Exploria Stadium. Meanwhile, the Thorns will host the Washington Spirit — who are now eliminated from playoff contention — at Providence Park that same evening.