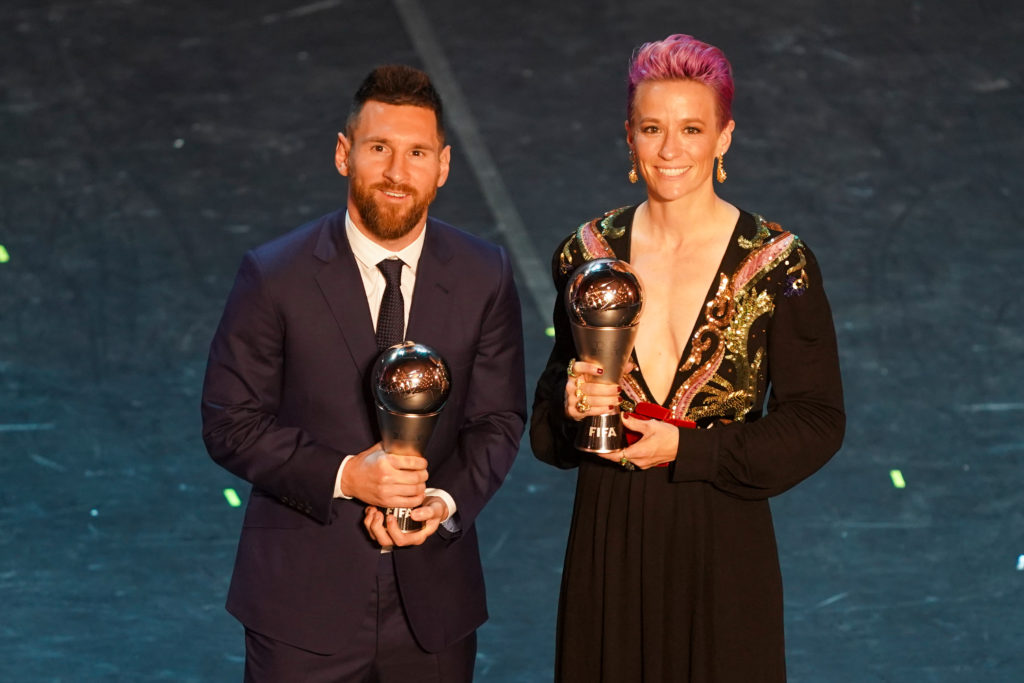 Megan Rapinoe is officially the best women’s soccer player on the planet right now, according to FIFA’s voting constituency. The 34-year-old winger accepted the inevitable honor on Monday in Milan, before delivering a powerful – even if more reserved – speech calling for soccer players to use their platforms for the betterment of society.

Rapinoe winning the award was never really in doubt. Indeed, she and her United States women’s national team head coach Jill Ellis handily won player and coach of the year, respectively. They are less than three months removed from the Americans’ second consecutive World Cup triumph, one which saw Rapinoe take home the Golden Ball as best player and the Golden Boot as top scorer (on a tiebreaker).

So, for Rapinoe and Ellis to be voted “The Best,” as FIFA terms this new version of the award, is no surprise.

Including the former rendition of the award for the world’s top player, the winner has also been the Golden Ball recipient and at least the joint-top scorer of the World Cup in each of the five World Cup years since the women’s category was created. Likewise, the World Cup-winning coach has been FIFA’s coach of the year on all three possible occasions – including Ellis in 2015.

Rapinoe’s captivating summer campaign of exhilarating soccer and must-see interviews was really built in the preceding years. This award, in pure soccer terms, comes a year later than it probably should have.

NWSL Mid-Week 23 Preview
The Lowdown: Three thoughts on the state of the NWSL