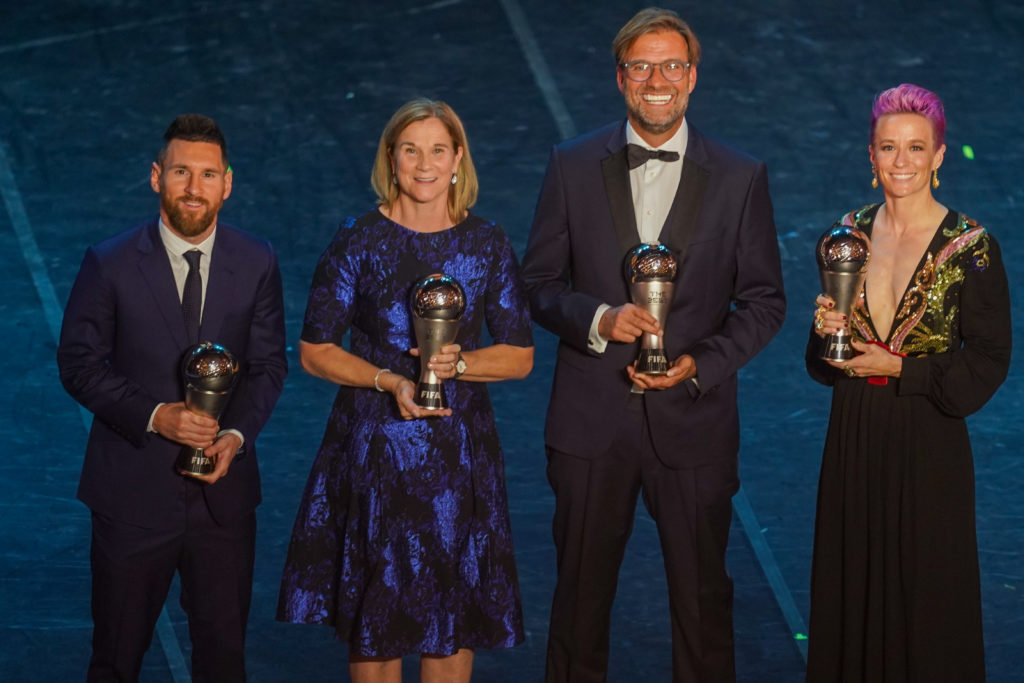 Rapinoe won the award in her first-ever nomination. Also nominated was her fellow U.S. striker Alex Morgan, who also scored six goals at the World Cup. Morgan’s nomination was her second, as she also received a nomination in 2012.

Meanwhile, Ellis was part of that World Cup win, along with the 2015 win. Ellis made paid off and the U.S. won another title, leading other nations and becoming only the second-ever to win back-to-back World Cup titles.

This was Ellis’ first time winning the award in this rendition of it. She was named FIFA Women’s World Coach of the Year in 2015, the first time she led the U.S. to the World Cup.

Dutch goalkeeper Sari van Veendendaal played a major role in helping the Netherlands reach the World Cup final in only their second-ever World Cup appearance. Van Veenendaal picked up the Golden Glove at the World Cup for recording two clean sheets. The Dutch goalkeeper beat out Hedvig Lindahl of Sweden and Christiane Endler of Chile for the award.

Five U.S. players were named to the list, including Morgan, Rapinoe, Rose Lavelle, Julie Ertz and Kelley O’Hara. The full list is below.

Congratulations to all! Well deserved! 👏🎉🎊