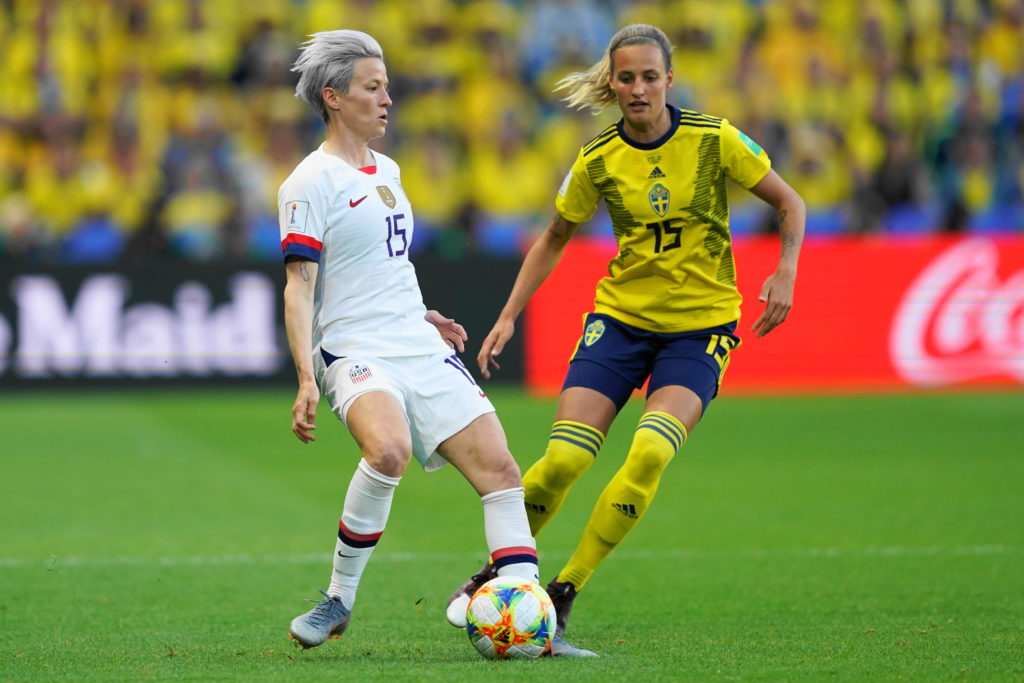 The post-Jill Ellis era for the U.S. Women’s national team will kick off in November.

While there hasn’t been an official replacement for the two-time World Cup winning Ellis, the coach will resign and step away from the national team after October’s Victory Tour matches. However, on Wednesday, U.S. Soccer announced that the USWNT will close out 2019 with two friendlies against Sweden and Costa Rica.

Both are familiar opponents. The United States faced off with Sweden this past summer in the FIFA Women’s World Cup in France. They met in the final group stage match, and the United States pulled off a 2-0 victory, with goals from Lindsey Horan and an own goal from Jonna Andersson. Sweden did have an impressive run in the tournament, taking third place after pulling off upsets against Canada and Germany. In the third-place game, Sweden took home the bronze after defeating England, 2-1.

Meanwhile, Costa Rica did not qualify for the World Cup, but is a fierce CONCACAF opponent. They missed out on the World Cup this year, but made their tournament debut in 2015. The Ticas and USWNT did not meet during World Cup qualifying last fall. However, this summer, Costa Rica did participate and win a bronze medal in the Pan American Games, defeating Paraguay for the medal.

In a recent friendly against Chile, the Costa Ricans fell 1-0.

The first match will be held in Columbus, Ohio, at MAPFRE Stadium — home of the Columbus Crew SC — where the Swedes will come to play. The match is scheduled for a start time of 7:30 p.m. EST, and tickets go on sale Thursday, Sept. 26 to the public. Meanwhile, three days later, the USWNT will fly down to Jacksonville, Florida, where they’ll face off with Costa Rica on Nov. 10 at TIAA Bank Field, which is the home of the NFL’s Jacksonville Jaguars. That match will begin at 6 p.m. EST.

The last time the USWNT took the field at MAPFRE was during last year’s SheBelieves Cup, on March 1, when the United States took down Germany, 1-0, in the competition’s opening match. Meanwhile, the USWNT last made Jacksonville home on April 5, 2018, when the USWNT hosted and defeated Mexico in a friendly, 4-1.

Tickets for the Costa Rica match will go on sale on Wednesday, Oct. 2.

See you in November! 🇸🇪 🇨🇷