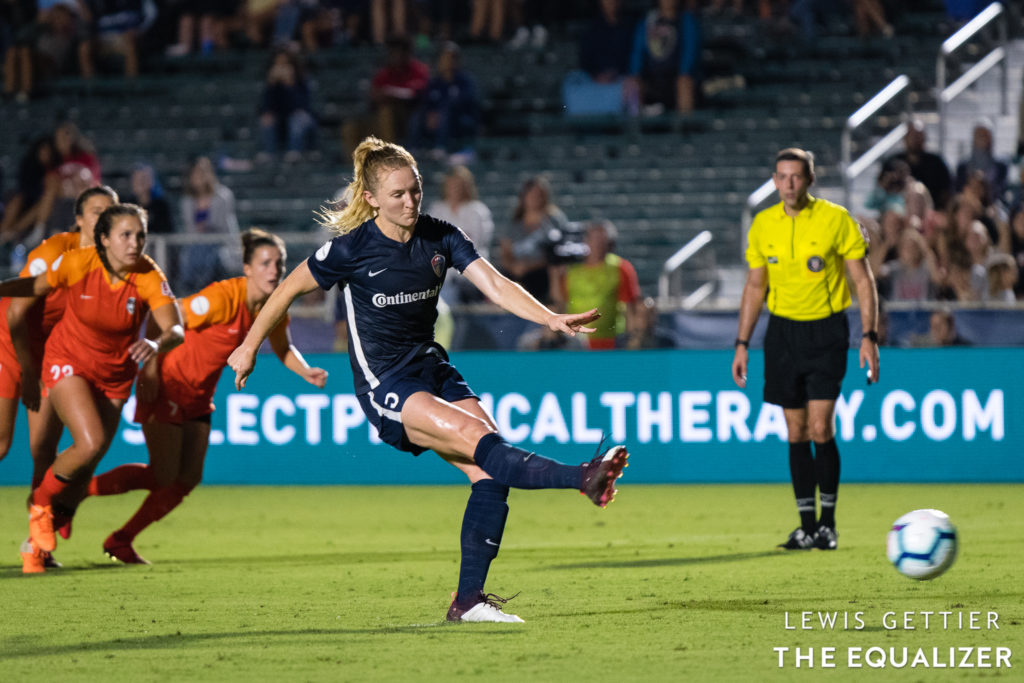 The North Carolina Courage became the first team to clinch a spot in the 2019 National Women’s Soccer League postseason on Tuesday with a 1-0 home victory over the Houston Dash.

Sam Mewis scored the winning goal from the penalty spot after her sister, Dash midfielder Kristie Mewis, was called for a penalty while challenging Crystal Dunn in the box. Kristie Mewis appeared to merely challenge Dunn with her shoulder, a call made all the more curious by referee Thomas Snyder’s propensity to swallow his whistle earlier in the match.

Houston is not mathematically eliminated yet with the loss, but the Dash realistically needed to win out to have any shot at making the playoffs.

Sad when a ref ruins the game. Proud of our team @HoustonDash Horrible call.

The Dash otherwise executed their game plan marvelously, sitting 10 behind the ball and forcing the Courage to break them down. North Carolina defeated Houston 4-1 and 5-2 in two previous meetings this year, but Houston coach James Clarkson’s shift to a 4-1-4-1 formation changed the dynamics on Tuesday in a match that was rescheduled from August to accommodate the Courage’s participation in the International Champions Cup last month.

Jane Campbell was once again integral to the Dash’s performance, making four spectacular saves. She has saved four penalty kicks this season, but wasn’t able to stop a fifth on Tuesday. Dunn rang the crossbar a few minutes before the goal as the Courage pressed for a winner.

Snyder did not call a more egregious earlier offense committed by Courage defender Jaelene Hinkle on Sofia Huerta inside North Carolina’s box. Three yellow cards were issued in the match — all to Houston and none until the 73rd minute. 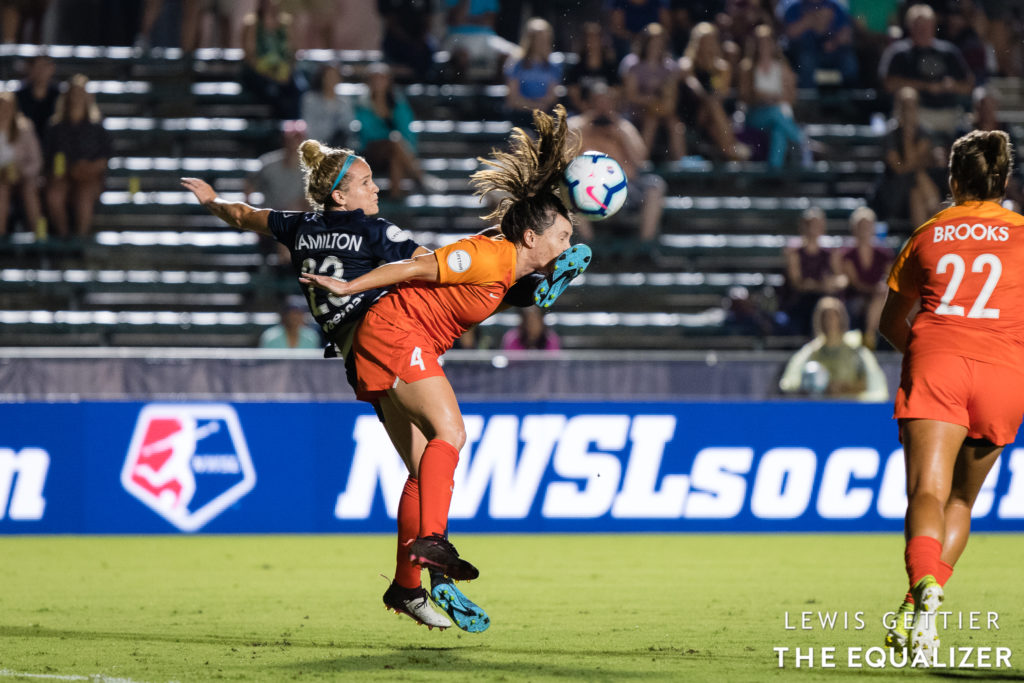 Allysha Chapman (4) take a boot to the face in the first half. (Photo Copyright Lewis Gettier)

The defending-champion Courage now sit five points clear of the second-place Chicago Red Stars, who have played one more match than the Courage.