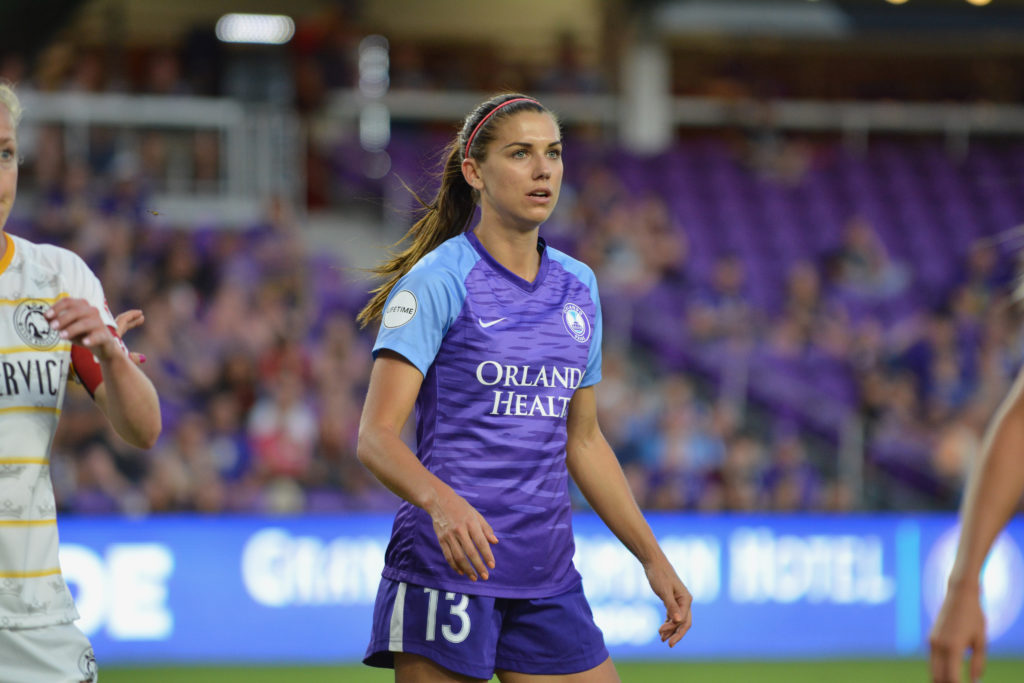 Orlando Pride forward Alex Morgan will miss the remainder of the National Women’s Soccer League season due to a patella stress reaction in her right knee, the team announced on Monday. The injury occurred while Morgan was with the U.S. women’s national team.

Morgan has played in only six matches for the Pride this season due to injuries and World Cup duties. She played the full 90 in four games before departing for the World Cup. After working to get healthy post-World Cup, Morgan played in two matches before sustaining a concussion in the opening minutes of the Pride’s August 21 match against the Chicago Red Stars. Her knee acted up while in concussion protocol with the United States, during the team’s World Cup victory tour.

This year has had the highest of highs but along with that comes challenges and sometimes even falling short of my goals I set for myself in 2019. I’m disappointed I won’t be able to compete with the Pride for the remainder of 2019 due to a knee injury I’ve been managing since the World Cup, and that I can’t be there to help my teammates and my club have more success. Thank you fans, friends, teammates, and teams for all your support. I have already started physical therapy in LA and am eager to get back on the field doing what I love.

“It’s obviously difficult to lose a player of Alex’s caliber due to injury,” Orlando Pride general manager Erik Ustruck said in a statement. “However, after consulting with the Club’s medical team at Orlando Health and U.S. Soccer, we felt it was in the best interest of Alex’s long-term health to shut her down for the season to focus on the rehabilitation process and take the appropriate time to recover from the lingering knee injury.”

Morgan scored six goals at the World Cup — five against Thailand — to earn the Silver Boot. She is a finalist for The Best FIFA Women’s Player award alongside teammate Megan Rapinoe and England’s Lucy Bronze.