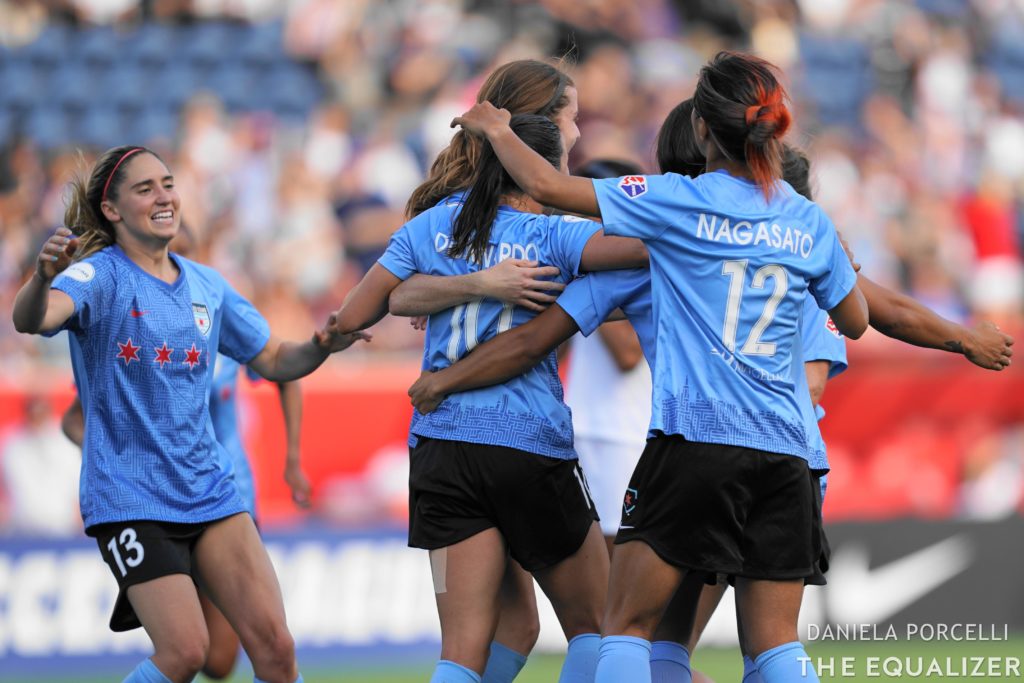 The Chicago Red Stars moved into second place in the National Women’s Soccer League with a 3-0 victory over Sky Blue FC on Sunday at Yurcak Field in Piscataway, N.J. Morgan Brian, Sam Kerr and Yuki Nagasato to move the Red Stars ahead of the Portland Thorns, though the Thorns have played one less match.

Brian opened the scoring in the 31st minute on a give-and-go with Kerr in and around Sky Blue’s 18-yard box. The goal was Brian’s first in the NWSL after being drafted first overall by the Houston Dash in the 2015 NWSL College Draft.

Kerr doubled the lead about 90 seconds later, finishing a through ball from Nagasato through the legs of an on-rushing Kailen Sheridan.

Nagasato made it 3-0 with 10 minutes to play. Zoey Goralski was a bundle of energy for Chicago upon entering the match in the 76th minute and, after winning the ball back in a high area, played in a streaking Nagasato in stride for the finish.

The victory was the third straight for the Red Stars, who before that lost three straight. Prior to that three-game skid, the Red Stars had won five straight matches.