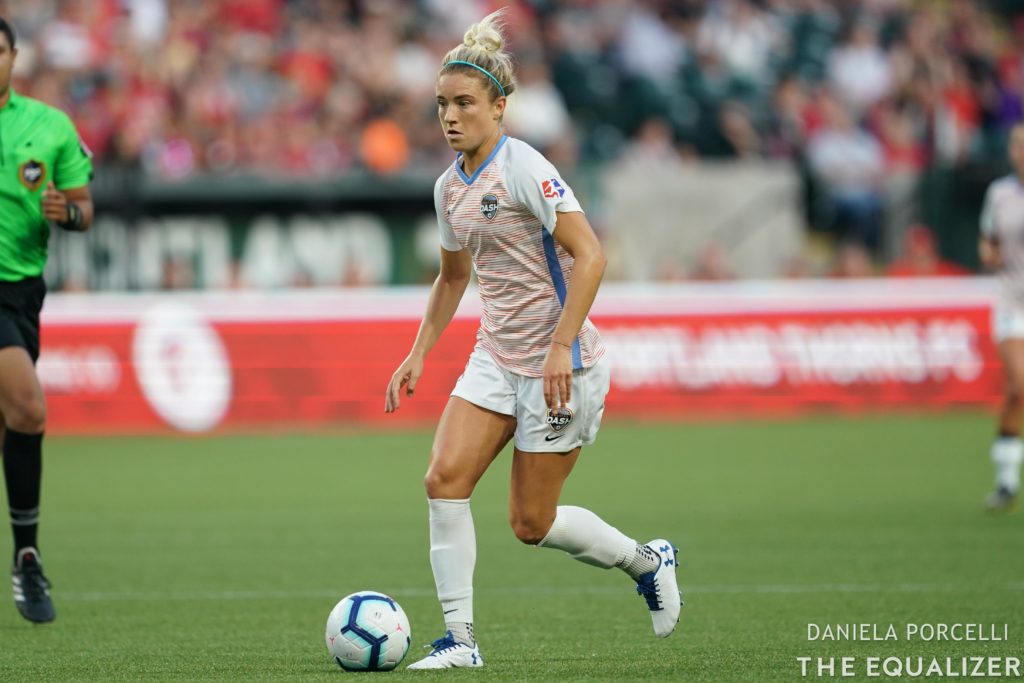 Sofia Huerta has been quiet the last few weeks. The midfielder/forward hasn’t been on the scoresheet since June 16, when she scored against the Orlando Pride. However, Huerta got back on the scoresheet tonight against the Utah Royals FC. The league is tight, with playoffs looming closer and closer each week. Utah is hanging onto fourth place with a loose string and the Dash have jumped from eighth to sixth place with a 2-1 victory.

A cross from @schuerta almost finds its way into the back of the net.

However, Utah did pull one back, with 15 minutes left in the match, with Gunnhildur Jónsdóttir picking up a loose pass in the box and putting it past Jane Campbell. However, the Royals couldn’t muster up enough for a second goal, losing out on three points on the road.

Houston will be on the television next Tuesday, facing off with the current first-place team in the league: North Carolina. The match will air on ESPNews, on Sept. 17, at 7:30 p.m. Meanwhile, Utah will travel up to the Pacific Northwest on Wednesday to face off with Reign FC.

A friendly bounce for once from the crossbar as @schuerta gets her second goal of the match.

We've got a game.@Gunnhildur_Yrsa pulls a goal back for @UtahRoyalsFC.