NWSL Sunday: Red Stars put on a show in 3-0 victory over Houston 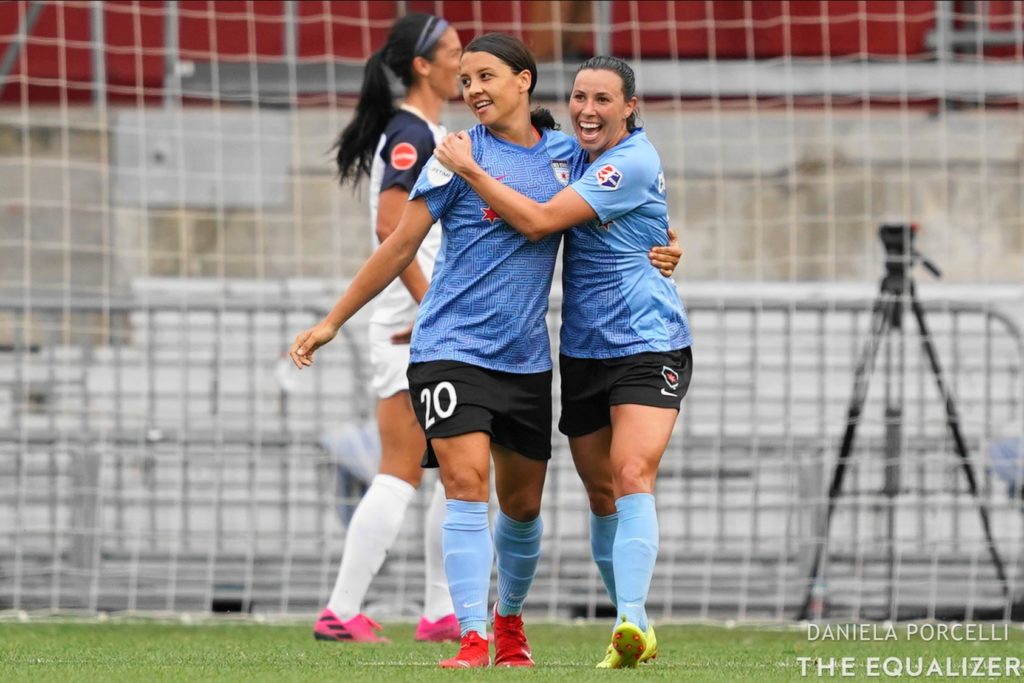 It didn’t take long for Chicago to score. After a goal for Vanessa DiBernardo was disallowed in the 3rd minute, Kerr found the back of Jane Campbell’s net in the 7th minute. Her goal was assisted by Morgan Brian, who recently returned from national team action with the United States.

😱@jane_campbell1 makes a great save and @RachelDaly3 cleans things up to prevent @chiredstarsPR adding to the lead.

Kerr found the back of the net again, right before the halftime whistle blew. This time assisted by Yuki Nagasato, Kerr dribbled the ball into the box and blasted it past Campbell. In the second half, Savannah McCaskill found herself in a one-on-one situation with defender Amber Brooks and slot her shot past Campbell.

With the gap long for the Dash to come back, they did have a chance to pull one back CeCe Kizer had the best chance for the Dash late in the match, but saw her shot smack off the crossbar. Before Kizer’s play, the Red Stars had a chance for a fourth goal, but Yuki Nagasato saw her penalty saved by Campbell.

She's a baaaaaaaad woman. @samkerr1 nets her second goal of the match.

With the victory, Chicago now sits in third place, hopping over the Utah Royals FC. The Royals picked up a win over Portland on Friday, but Chicago’s three points gives them 32 points in the standings.

Chicago will take on the Orlando Pride, who fell to Reign FC in a late match on Saturday, on Wednesday night at 7 p.m. Meanwhile, the Dash will look to rebound against the Royals on Friday night at 8:30 p.m.

.@smccaskill_21 chases down a long ball from @CaseyShort3 and finishes the attacking move off with a little nutmeg.