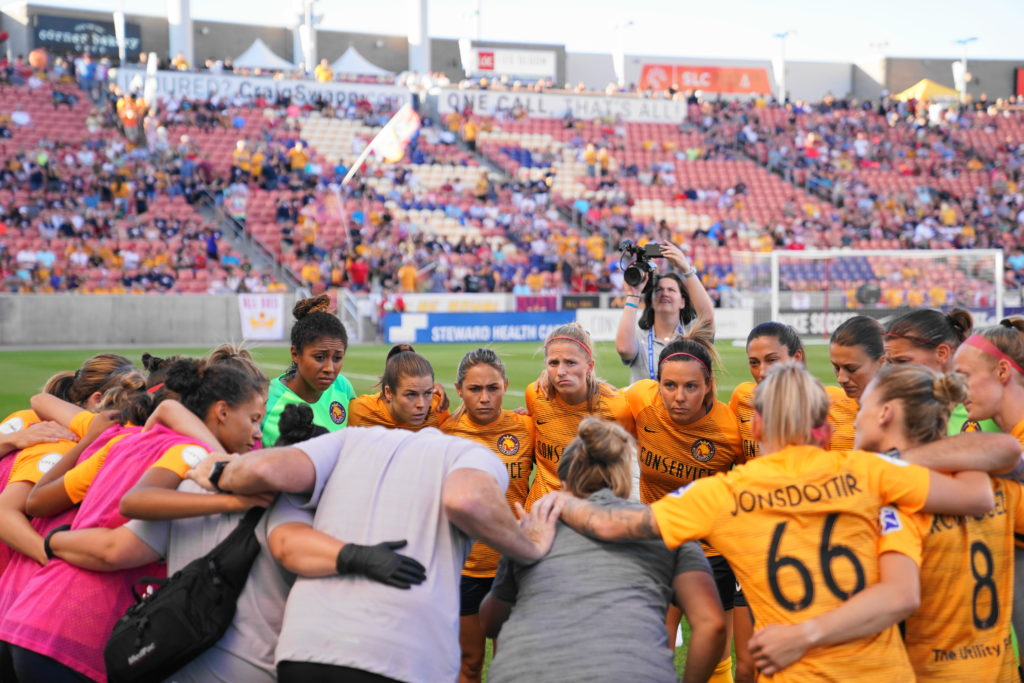 It might not have happened at the international level yet, but on Friday night Becky Sauerbrunn notched her first goal with the Utah Royals FC. The defender isn’t the most sought-out to score a goal. However, there was an American connection, as Christen Press whipped a ball into the box for Sauerbrunn to get her head on it. She slipped it past her national team goalkeeper, Adrianna Franch.

The goal gave the Utah Royals FC a massive three points at home and upset the current top seed in the league. The standings are tight right now, with a neck-at-neck race for playoff spots as the season is winding down. However, right now, Utah is sitting in one of those coveted spots, taking the third place slot.

As mentioned, Sauerbrunn’s goal was the first in a Royals jersey. However, the legendary American defender scored three goals during her time with the former FC Kansas City. She now has an NWSL total of four goals to her name.

And how about that ⚽️ from @ChristenPress? 👀

Meanwhile, for the Thorns, chances were plenty. Lindsey Horan had the best chance of the match in the second half, but her header was saved by Nicole Barnhart. The former national team goalkeeper was forced to make six saves, denying three more chances from Horan, a chance from Tobin Heath and another by Christine Sinclair.

The Thorns will be without Emily Sonnett in next week’s mid-week contest against the North Carolina Courage, as she received two yellow cards, triggering a red card from referee Ismir Pekmic.