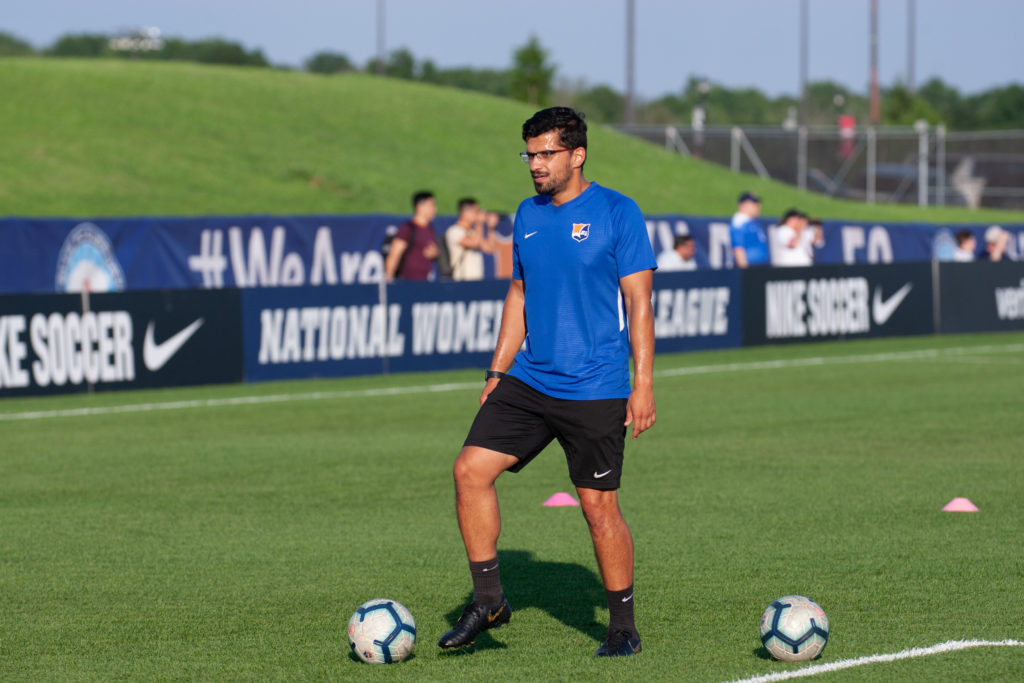 Sky Blue FC will have a new interim coach on Saturday.

Hugo Macedo has been in the interim position since the firing of Denise Reddy back in late June. Macedo, a goalkeeper coach, led the team to a 4-2-4 record, breaking out of a winless streak and even posting the club’s first-ever two-game winning streak since August 2017. Macedo will remain on staff, but will return to his role as an assistant and goalkeeper coach.

Now, it’s Freya Coombe’s turn to lead the New Jersey club. Coombe hails from New York Soccer Club, where she served as a director of scouting and was a Development Academy coach. Sky Blue FC and New York Soccer Club are partners. Coombe holds USSF B and UEFA B licenses. According to Sky Blue FC, she’s “actively progressing” to her USSF A license.

“I’m grateful to management and ownership for the opportunity to coach such a great group of athletes and professionals,” Coombe said. “Sky Blue has made a lot of progress this year, and I’m looking forward to formalizing my role, working hard, and continuing that momentum.”

Other staff changes include the hiring of Iouri “George” Vichniakov as assistant coach and player development advisor. Also, Marcia McDermott joins the club as technical advisor.

Meanwhile, general manager Alyse LaHue — who had the interim title removed yesterday — the players have responded to the new coaching staff.

“These professionals have been working with the team over the past few weeks and the players have responded really well,” LaHue said. “We look forward to a strong end to the season with continued progress and positive results.”

Sky Blue FC will look to build off a three-game unbeaten streak this weekend. Sky Blue has won two of their last three matches, also drawing with Reign FC. Up next is a home contest, welcoming the North Carolina Courage to Yurcak Stadium on Saturday.