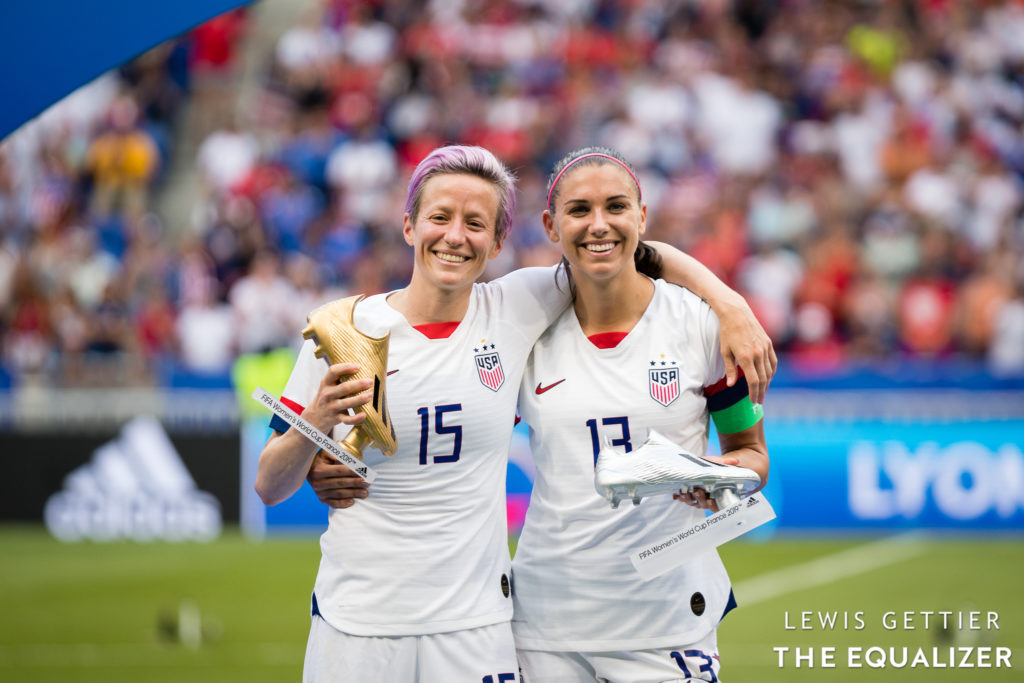 Megan Rapinoe, Alex Morgan and Lucy Bronze are finalists for The Best FIFA Women’s Player 2019 award. The winner will be announced on Sept. 23 at the FIFA gala in Milan.

Rapinoe won the Golden Ball and Golden Boot at the 2019 World Cup, guiding the United States to victory. She won the top-scorer award over Morgan, her teammate, and England’s Ellen White by virtue of a tiebreaker (fewest minutes played; Morgan and Rapinoe each had three assists, the first tiebreaker). Bronze won the Silver Ball as the tournament’s second-best player, guiding England to a fourth-place finish.

🇮🇹 Winner will be announced in Milan on 23 September. pic.twitter.com/k6PmRwzwps

Rapinoe, the favorite to win the player award, has not suited up for National Women’s Soccer League side Reign FC this season due to ongoing injuries and national-team duties.

U.S. coach Jill Ellis — who is stepping down this fall after back-to-back World Cup titles — is again a finalist for The Best FIFA Women’s Coach award. She is joined by England manager Phil Neville and Netherlands manager Sarina Wiegman, who guided the Dutch to their first Women’s World Cup final.

Sweden’s Hedvig Lindahl, Chile’s Christiane Endler and Netherlands’ Sari van Veenendaal are up for the award of world’s best goalkeeper.

National-team coaches, captains and select media vote on the awards — along with a fan vote — and the categories are narrowed down to shortlists of three for each award.

Dutch fans are also up for the FIFA Fan Award for their representation at the 2019 World Cup.