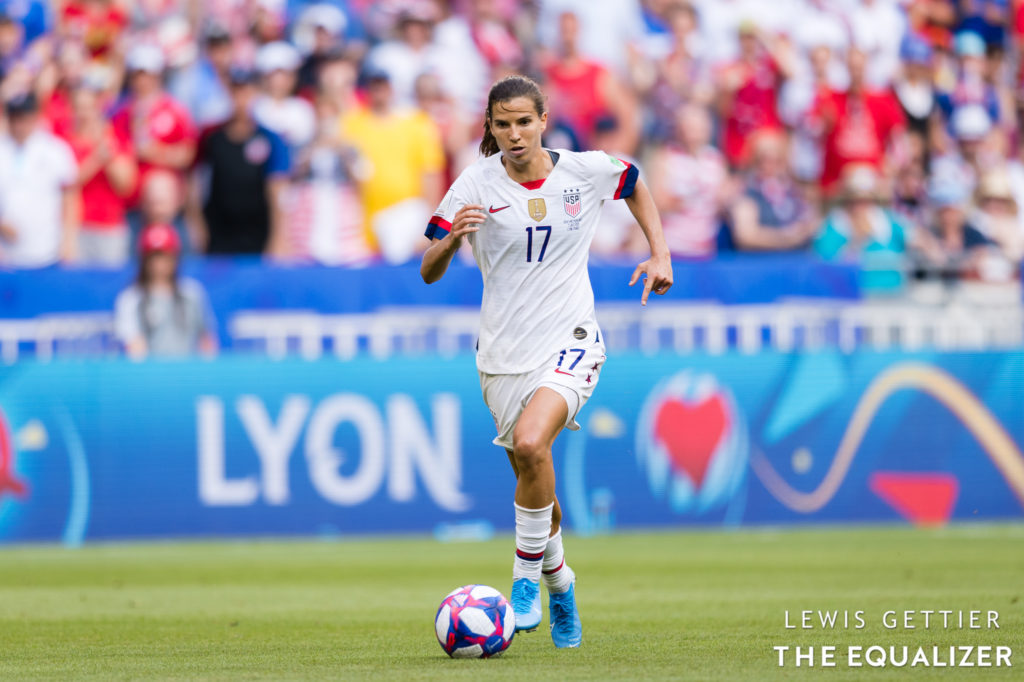 It almost feels like ages since the last victory tour.

There were 10 games in the last go-around, and one of them was held in Pittsburgh, Penn. That’s where the United States broke a record of most fans at a standalone friendly on home soil. There were over 44,000 fans at the match, that happened against Costa Rica back in August 2015. However, that record was smashed by another Pennsylvania city on Thursday night: Philadelphia.

In the second victory tour stop, the United States Women’s National Team took the field at Lincoln Financial Field. The home of Zach Ertz — husband of two-time FIFA World Cup champion, Julie – and the Philadelphia Eagles, a total of 49,504 fans turned up to watch the world champions take on Portugal. They were given a show, too, with a victory that ended in 3-0.

Plenty of lineup changes were given throughout the night. The front three wasn’t the same that won the World Cup title in France a couple months ago. However, the most noticeable person on the pitch was someone who hasn’t been involved since 2018. Casey Short was left off the World Cup roster this past summer, but she was invited back to the Victory Tour. She entered the match in the 61st minute. Kristen Hamilton is another new face on the team, but didn’t take to the pitch as one of the six substitutes. She’ll look to make her debut against Portugal in St. Paul, Minn.

That didn't take long! Tobin Heath opens the scoring for the @USWNT against Portugal. #VictoryTour pic.twitter.com/tuwyYk1zxV

A player that did go to the World Cup and hoist the trophy was Tobin Heath. She opened up the scoring in Philadelphia in the fourth minute. Meanwhile, Morgan Brian scored in the 18th minute, scoring her first goal since 2016. Brian has been battling injury and was a surprise addition to the World Cup roster when announced.

In the second half, Carli Lloyd found the back of the net in her hometown stadium. Allie Long paid tribute to the Philadelphia Eagles with her celebration of “Fly Eagles Fly” after her goal in the 82nd minute.

Starting in goal for the United States was Adrianna Franch. The goalkeeper made only her second appearance for the U.S., but wasn’t tested all too much. Franch did end up making two saves. Meanwhile, on the other end, Patricia Morais of Portugal was forced to make three saves.

2-0! 🇺🇸 Morgan Brian heads in the corner from Press, who now has both assists on the night. #VictoryTour #USWNT pic.twitter.com/wVToVx2mFD

The United States almost had five goals, but even without VAR a goal was waved off from Christen Press, as the replay clearly showed the ball smacking off her hand. Jessica McDonald did the work to get the ball inside the box for Press.

Next up for the USWNT is a trip to St. Paul, Minnesota. They will take the pitch for the first-time ever at the Allianz Field, which is the home of Minnesota United. The match will air on Fox Sports 1 and begins at 8 p.m.

NFL kicker? Carli Lloyd mulls her next challenge
USWNT happy to avoid any further injuries on night of celebration