What is the NWSL’s concussion protocol? 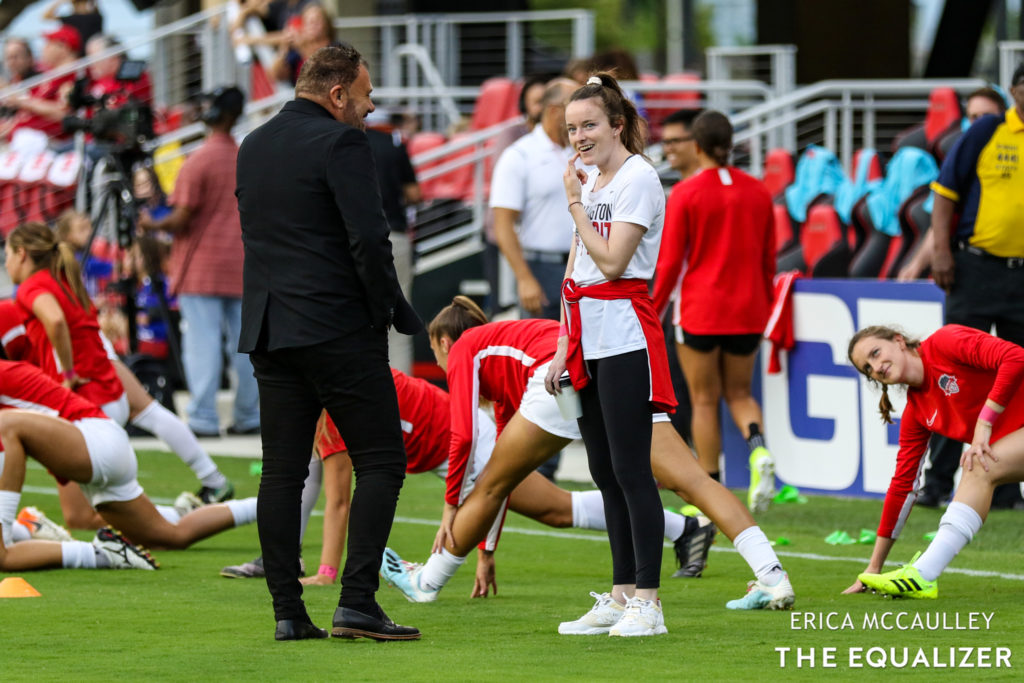 In Lavelle’s case, she re-entered the match and played the entire 90 minutes, only for the Spirit to reportedly later find out she had concussion symptoms.

During Washington’s August 17 road loss to Portland Thorns FC, Lavelle was hit in the head with a clearance from point-blank range. Four days later, she was listed as questionable with a “general head” injury and did not make the game-day roster for a midweek meeting with the Utah Royals. An NWSL spokesperson told The Equalizer at the time that Lavelle did not have a concussion. A request to the Spirit to define “general head” injury was not returned. Burke said after that match that Lavelle had a jaw injury. She was also ruled out of last Saturday’s game against the Orlando Pride.

On Monday, Washington Post reporter Steve Goff wrote that the “Spirit had examined her for a possible fracture of a small bone around the ear… Days later, she had concussion symptoms.”

UPDATE (8/28/19; 5 p.m. ET: Lavelle is in concussion protocol, according the U.S. Soccer. She trained off to the side on Wednesday as the U.S. prepares to play Portugal on Thursday, a game which she will miss.

That news puts into question why Lavelle was allowed to return to the August 17 match after being struck in the head. The NWSL does not list a concussion protocol on its website. Asked about the league’s protocol, and whether all teams are required to travel with their athletic trainers, an NWSL spokesperson provided the following statement:

“The Return To Play (RTP) decision-making process is important to NWSL. Players who are suspected of having sustained a concussion shall be removed from play immediately and evaluated by team medical staff, which includes the team’s certified athletic trainer (ATC) sometimes in consultation with the host team physician. For the evaluation, our baseline instrument with all NWSL teams is ImPact. The league’s guidelines are discussed annually at the ‘High Performance Summit’ hosted by NWSL and U.S. Soccer that all NWSL team representatives are required to attend.”

Four days after Lavelle’s injury, Morgan went down in the opening minutes of the Orlando Pride’s 2-1 victory over the Chicago Red Stars after getting sandwiched between Julie Ertz and Sarah Gorden on a 50-50 ball in the air. Morgan remained flat on the ground for five minutes while being evaluated by trainers, and a stretcher was brought out for what initially appeared to be a neck injury.

Morgan eventually declined the stretcher and walked off the field. She went straight to the locker room and did not return to the match. She was put in concussion protocol by the Pride and missed the team’s match on Saturday against the Spirit.

Both Lavelle and Morgan were called up to the U.S. national team for upcoming friendlies against Portugal, though it’s unclear if either will play.

It’s the Lavelle incident which, combined with the retrospective report that she was displaying post-concussion symptoms, is particularly worrisome. It occurred in the 28th minute of that match against the Thorns and caused a three-minute stoppage in the match. Lavelle was initially tended to by the Spirit’s team athletic trainer, before a medical official wearing Thorns gear came on the field and conducted a brief concussion test. 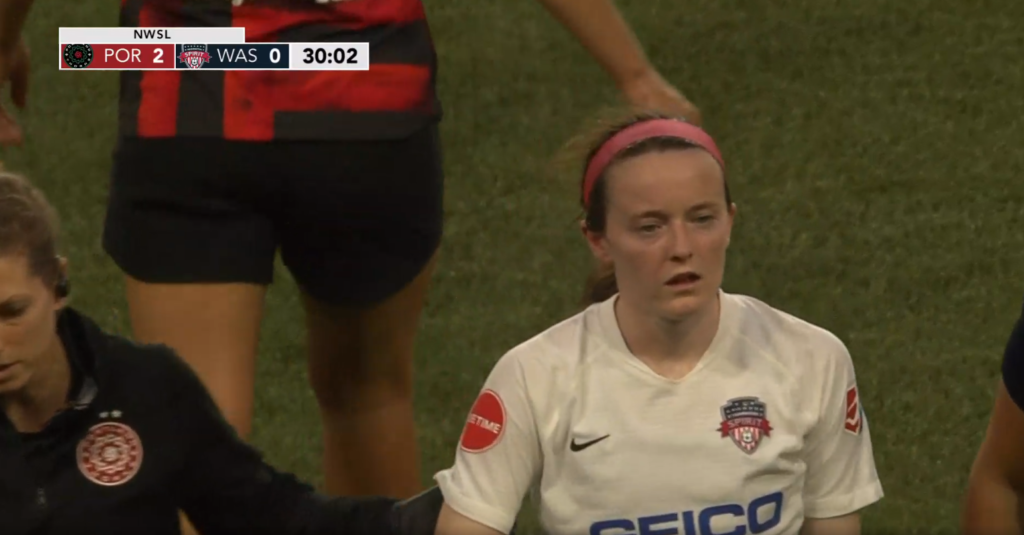 Lavelle, who appeared to be dazed, was then guided off the field by both Spirit and Thorns personnel. After a brief conversation with Spirit head coach Richie Burke, Lavelle gave a thumbs up — but Washington’s trainer pulled her back, pointing for Lavelle to walk toward one of the tunnels at Providence Park.

Four minutes later, Lavelle reemerged and the camera panned to a conversation between her, Burke, the Spirit athletic trainer and the Thorns medical staff member. There appeared to be some disagreement as the camera panned away, before Lavelle returned to the field, about nine minutes after initially being struck in the head.

Asked last week about the exchange, and whether Lavelle was in concussion protocol, an NWSL spokesperson provided the following statement:

“Rose’s situation was not determined as a concussion. There was no issue between the team’s trainer and host team’s physician during the game you reference. The ATC [certified athletic trainer] for the Washington Spirit travels to each game with the team. Each team is required to travel with an ATC.”

Neither the Spirit nor the NWSL have yet commented on whether Lavelle is in concussion protocol.

Proper management of concussions has become one of the most important topics in the sport. Ex-pro Kendall Johnson shared last year how a misdiagnosed concussion affected her life.

What’s the Iron Front, and what does it have to do with the NWSL?
NFL kicker? Carli Lloyd mulls her next challenge