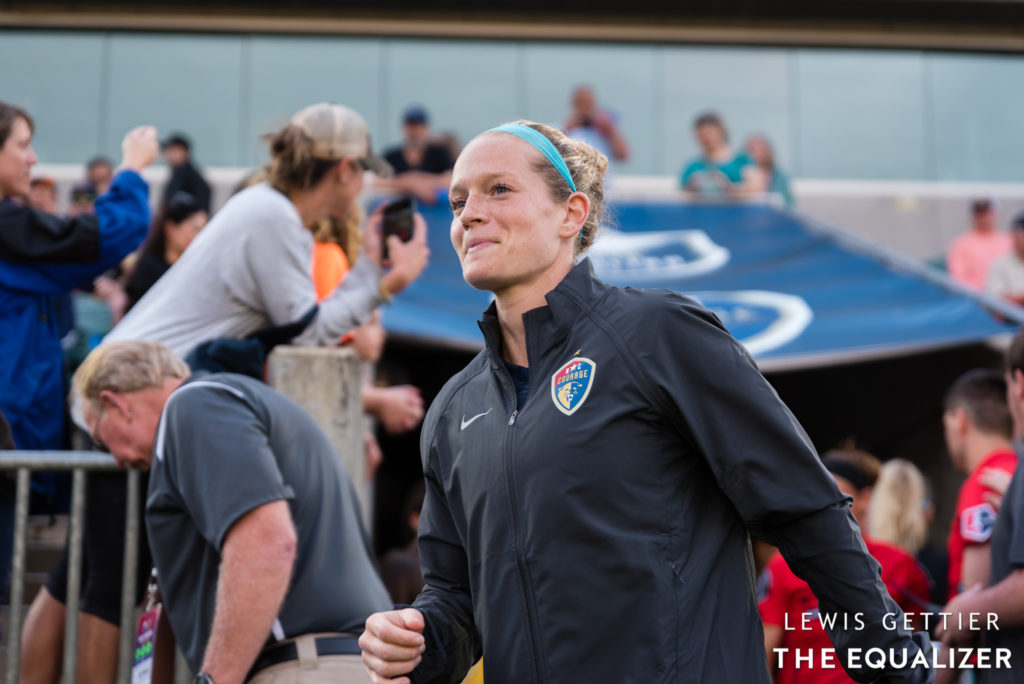 Hamilton and Short will join the 23 players who won the 2019 World Cup on July 7 due to injuries piling up among the group. Seven of the 23 U.S. players appeared on the National Women’s Soccer League injury report for this past weekend’s games, with Alex Morgan (concussion), Rose Lavelle (head injury), Mallory Pugh (hip) and Megan Rapinoe (Achilles) all sitting out the weekend entirely.

“With the injuries we currently have to several World Cup players, and with two of our main priorities on the victory tour being spreading around the minutes and keeping players healthy for their clubs during this critical playoff push, it made sense to call in Casey and Kristen to give us options and depth for these games against what will be a tough Portugal team,” said U.S. head coach Jill Ellis. “Both players have been performing very well in the NWSL and I know they’ll fit right in with our group for these matches.”

Hamilton is tied for third in the league in scoring with eight goals, having grabbed hold of the spotlight while international players were gone for the World Cup. She has maintained her form and her place in the Courage’s lineup ahead of World Cup-winner Jess McDonald. This is Hamilton’s first senior-team call-up. She was due to join the U.S. U-23 team as an overage player at the Nordic Cup, but will instead report to Philadelphia.

Short was one of the last players cut from the U.S.’ 2019 World Cup squad. Ellis instead took veteran fullback Ali Krieger to France, dropping Short — who had been in U.S. camps for the years leading up to the World Cup — for Krieger, who went two years without playing for the U.S. Short was open about the disappointment, telling The Equalizer in May that she would grow stronger from it.

“This obviously isn’t the first adversity that I’ve gone through,” she said. “I do think this stings a little bit more than those, but again, they’ve made me stronger. This is going to make me stronger in the end as well.”

Ellis has four games remaining as head coach, before transitioning to an ambassador role with U.S. Soccer. This will be the United States’ first match since U.S. Soccer named Kate Markgraf as the team’s general manager.

Paulson says NWSL has three new teams committed for next two seasons
What is the NWSL’s concussion protocol?