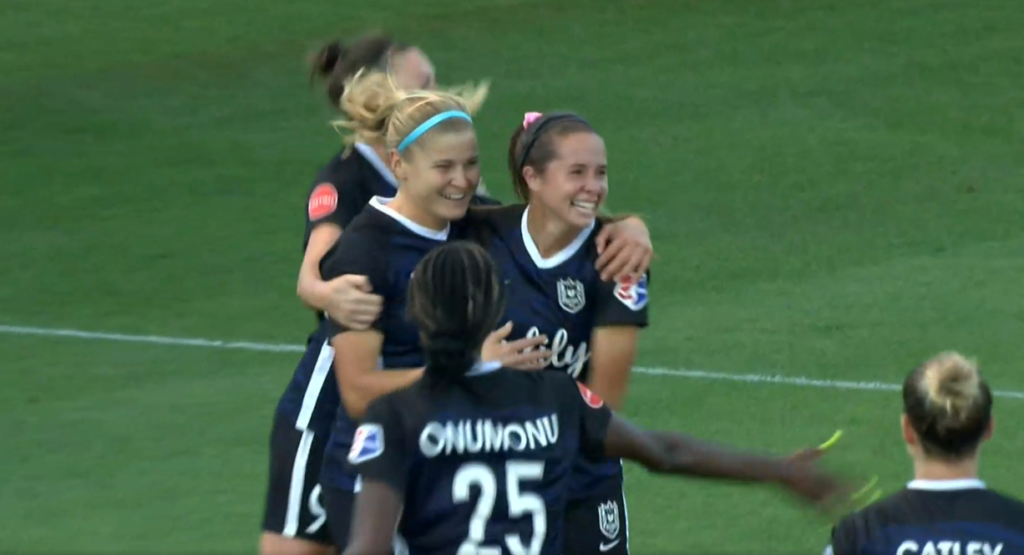 Reign FC sit in fifth place in the National Women’s Soccer League table, right in the thick of the playoff race. And while they need to pass at least one team to get back into playoff position, they have games in hand on both the Utah Royals and Chicago Red Stars, meaning they are in a strong position despite what the standings may look like.

If the Reign do wind up in the playoffs, it just may be the unlikeliest playoff season in NWSL history. Consider that Megan Rapinoe has yet to suit up for the club due to various injuries, and World Cup duties. Consider that the club’s top two selections in goal are both injured, leaving the job to Casey Murphy, who was signed as the heir apparent but was thrown almost immediately into the deep end of the pool. And consider that Jess Fishlock, possibly the most difficult NWSL player to replicate, was lost for the season after tearing her ACL at the end of June, shortly after returning from a loan to Lyon.

“I don’t know what would be the right word for us. It’s almost like survival mode,” Reign coach Vlatko Andonovski told The Equalizer following last weekend’s 1-1 draw against Sky Blue FC at Red Bull Arena. “Every game, even this game now, something happens to us.”

In New Jersey, it was Shea Groom who got into a collision and emerged with a broken rib and had to be subbed off in the first half.

A spate of injuries hasn’t stopped the Reign yet

Through the turmoil, Andonovski has not sat idly by. The week of July 16, he made sweeping changes to the roster which included the additions of Rosie White and Rebecca Quinn, NWSL veterans who had been elsewhere earlier in 2019. He also jettisoned Elise Kellond-Knight to Washington in exchange for Sammy Jo Prudhomme, who came in to shore things up at the goalkeeper position. (Another keeper, Scout Watson, suffered a concussion in training and is out for the season.)

“We’ve gotten past the point that we know she’s not going to come back,” Allie Long said of Fishlock. “There’s no player like her. But I think as a team we’re going to continue to try every single game to figure out a way to win without her even though we wished she were on the field. I think Rosie’s come in and done great.”

White has been thrust into the central midfield position that Fishlock has made her own during seven seasons with the Reign. The dividends were almost immediate as White scored the goals in consecutive, 1-0 wins for the club against the Houston Dash and Portland Thorns.

“They needed an attacking midfielder and I’ve kind of been filling that role so far,” White said. “I’ve got a lot of work to do but it was nice to get a couple goals in and help the team get those wins. This team’s got a lot of resilience and those wins were a true testament to that.

Soccer is an exact science for Celia Jimenez

White first came to the NWSL with the Boston Breakers and made her way to Chicago in the dispersal draft early in 2018. She elected to sit out the start of 2019 to focus on World Cup preparation with New Zealand. She calls the transition to the Reign “complicated,” but said she is happy in the Pacific Northwest and playing for Andonovski.

“I’ve always heard good things about Vlatko and that he’s a really good coach, really good guy,” White said. “He pushes you and he’s got really high standards which can be tough at times but it’s really helpful. I feel like even in the short time being here he has really pushed me and he really wants me to be better, which is awesome.”

Andonovski returned the praise for White.

“You can see she finds herself in dangerous spots and goal scoring opportunities. She just needs more minutes and consistent games. She’s got a good soccer brain and can figure out ways to break teams down.”

With seven games left, White will be front and center in the Reign attack, the area of the field which must improve if the team is to get better. And getting better is what drives Andonovski and the team. There were some positives to take out that 1-1 draw against Sky Blue, a match played in hot, difficult conditions. But the focus will be on improvement.

“I thought that we played well enough to win the game, but we’re not going to look at what we did good,” Andonovski said, adding that the team will not look at the injuries and start making excuses. “We have to fix the things that we didn’t do good enough.”