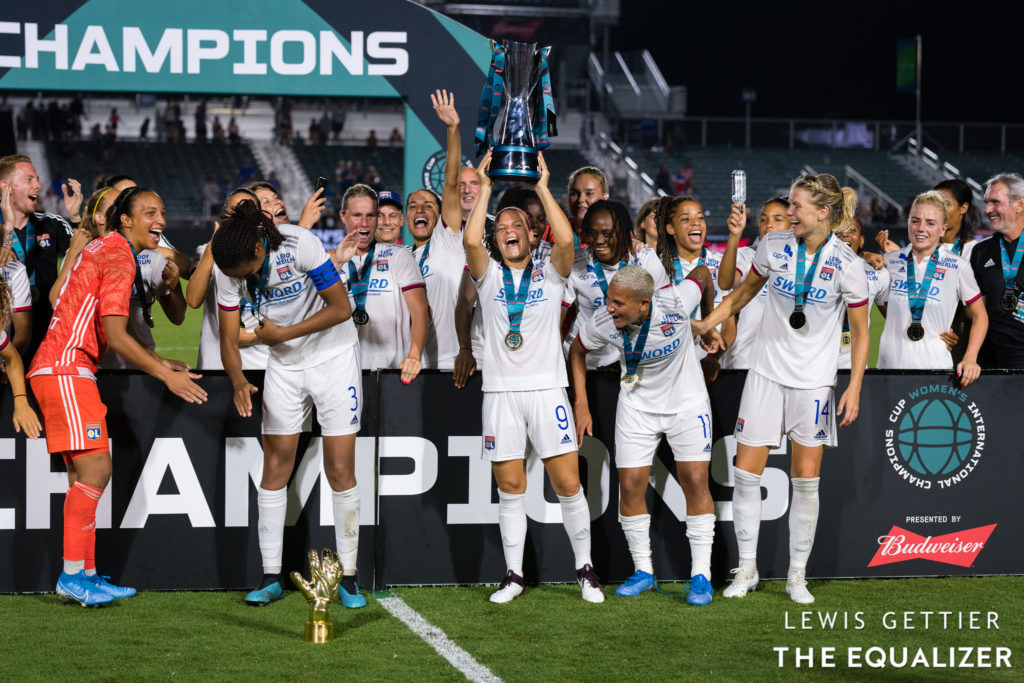 The ICC is a spectacle, and that’s exactly the point

The ICC is a spectacle, and that’s exactly the point

“I know for the club as an entity, this is major for them. Steve Malik wants to win this. He usually doesn’t e-mail or text me, but him and Curt [Johnson, the Courage president/general manager] have been pretty busy this week, saying ‘This is big, this is big, this big, we really want this.’”

It was an odd level of encouragement to heap upon a coach and team that’s won two straight National Women’s Soccer League Shields, two of the last three league championships, and improbably beat Olympique Lyonnais in Miami, Florida, last year to claim the inaugural Women’s ICC on their way to a record-setting league campaign. But when a depleted Courage won the debut tournament, what was a fledgling friendly event was suddenly conflated into an apocryphal club world championship. A crowd of supporters and media met the Courage when they arrived back at RDU airport. The team received an invitation to the North Carolina Executive Mansion, where Gov. Roy Cooper issued a proclamation recognizing them. And while the national women’s soccer media debated the (in)significance of the whole thing, the clubs involved celebrated, or fumed.

Over 12 months later, the Women’s ICC was back, this year in North Carolina, on the Courage’s home ground. Revenge is a narrative device as old as Greek and Roman tragedies, and a three-act play unfurled over four days at WakeMed Soccer Park. It culminated with a rematch between Olympique Lyonnais and the Courage, and a denouement that brought victory and vindication to one team, and honor in defeat to another.

Access the best women’s soccer coverage all year long
Start your FREE, 7-day trial of The Equalizer Extra for industry-leading reporting and insight on the USWNT, NWSL and beyond.
Subscribe
Existing Users Sign In Here
Related TopicsDzsenifer MarozsanExtraFeaturedHeather O'ReillyICCLyonPaul Riley

Red Bull Arena: What could have been and what might still be for Sky Blue FC
The Lowdown: A glimpse of the NWSL’s future