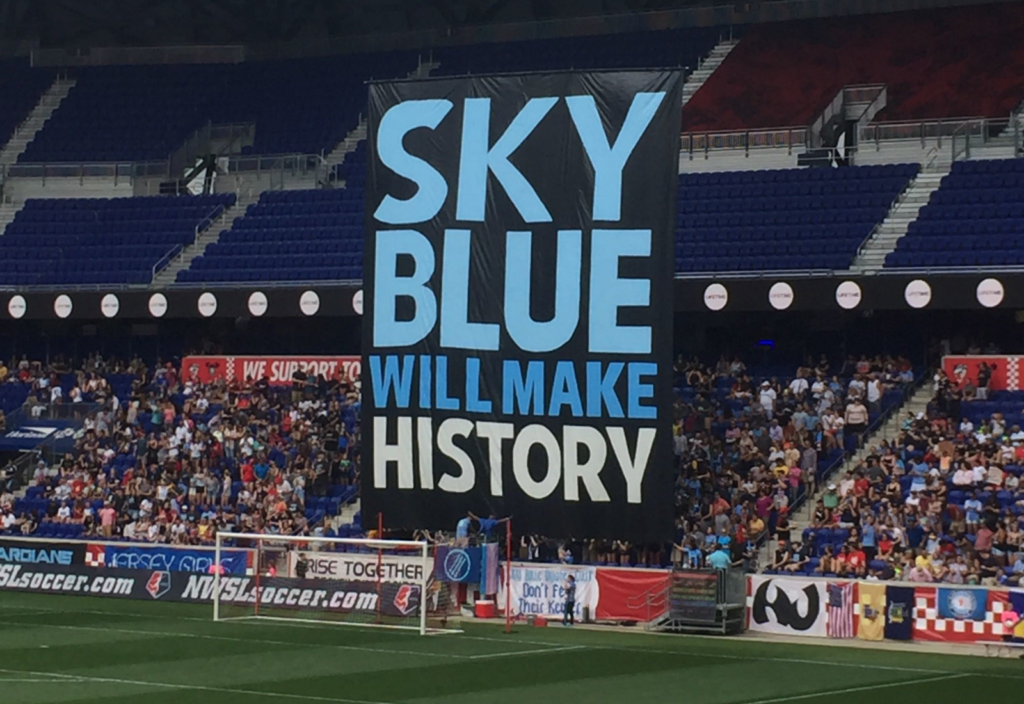 A team-record crowd of 9,415 fans showed up for Sunday’s 1-1 draw between Sky Blue and visiting Reign FC, more than triple Sky Blue’s average attendance. Although the crowd might not have looked mighty in the 25,000-seat stadium, it offered an atmosphere unlike one Sky Blue has ever seen at home. Noise from Cloud 9, the team’s supporter’s group, carried from the stadium’s east end throughout the stadium as the beating of drums and pitches of voices echoed off the roof – one of many things that Yurcak Field, the team’s usual home venue, doesn’t offer.

Sunday’s match represented both a look at what could have already been and a glimpse into what could still be the future for one of the NWSL’s struggling clubs trying to keep pace with an evolving league.

“This ends up being five- or six-times the cost of Rutgers, for us” Sky Blue FC interim general manager Alyse LaHue said. “But we also realize we’ve outgrown Rutgers

Access the best women’s soccer coverage all year long
Start your FREE, 7-day trial of The Equalizer Extra for industry-leading reporting and insight on the USWNT, NWSL and beyond.
Subscribe
Existing Users Sign In Here
Related TopicsAlyse LaHueExtraFeaturedRed Bull Arena