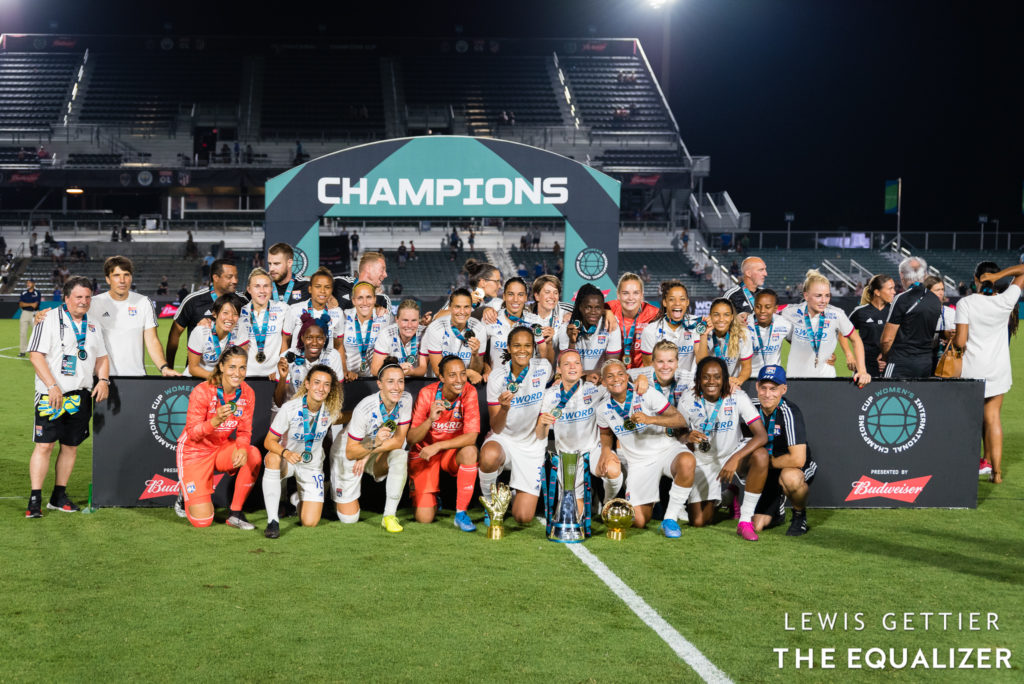 Cary, North Carolina — It was a rematch of last year’s final and it didn’t disappoint. For the second year in a row — in only the second-ever tournament — the North Carolina Courage and Olympique Lyonnais suited up and faced off with each other in the Women’s International Championship Cup final. Last year, the Courage claimed victory in the inaugural tournament. However, this year, the show belonged to the reigning champions of Europe.

Lyon marched into WakeMed Soccer Park, which is the home of the Courage, and provided a game-winning goal from Dzsenifer Marozsán in the second half. Her blast went right past Canadian international goalkeeper Stephanie Labbé.

The Courage attempted to rebound with a few chances and right after Marozsán’s goal, head coach Paul Riley elected to substitute Jessica McDonald in for Kristen Hamilton. However, the move did not produce a goal, as the six-time European champions lifted up the ICC trophy.

To make it to this match, Lyon defeated Atletico Madrid, while the Courage took down Manchester City, courtesy of a McDonald stoppage time goal. Earlier today, Manchester City took third place in the tournament with a 3-2 victory against the Spanish club.

Next year’s tournament is looking to expand to eight clubs, with four supposedly representing the National Women’s Soccer League. North Carolina punched their ticket to the tournament by winning the league last season over the Portland Thorns FC.

Now, North Carolina gets back into NWSL action. The focus now lies on their Saturday night match against Reign FC.

North Carolina and Lyon heading back to ICC Final after late victories
The ICC is a spectacle, and that’s exactly the point