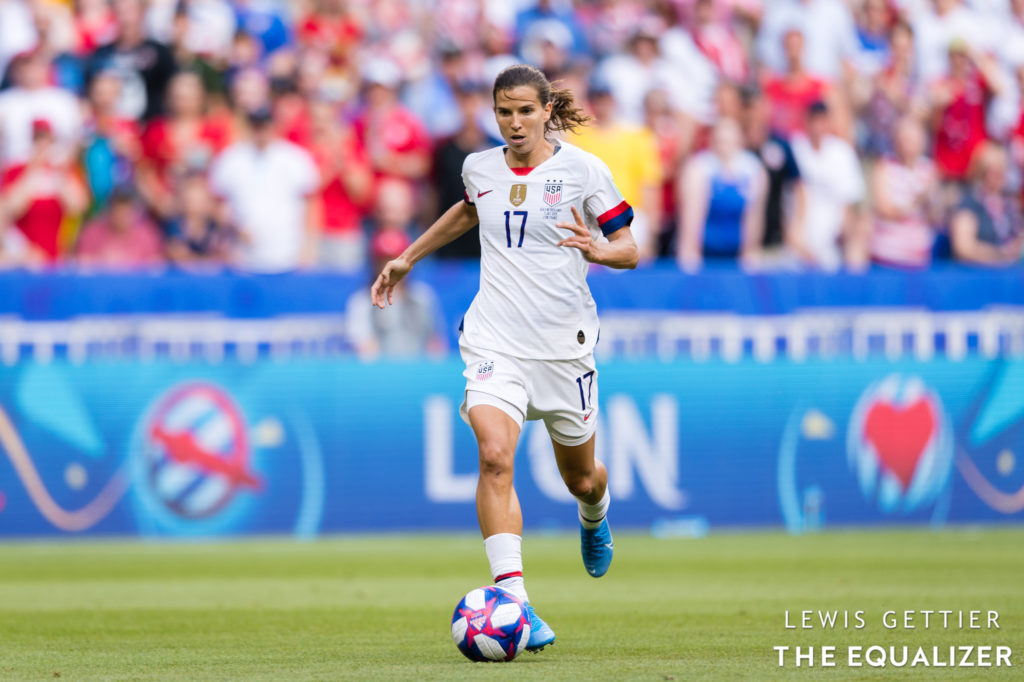 There has been so much history written inside the Rose Bowl. About 20 years ago, Brandi Chastain kicked the game-winning penalty kick to give the U.S. women’s national team their second-ever FIFA World Cup victory. That moment has now been commemorated outside the Rose Bowl, with a statue of Chastain celebrating, holding her jersey in her hand, to welcome fans.

Maybe one day there will be a statue of Alex Morgan sipping tea, an action she took after scoring against England.

The U.S. women’s national team hoisted the World Cup trophy about three weeks ago in France, defeating the Netherlands. There were so many questions surrounding the team, manager Jill Ellis — who announced that she will step down as manager at the end of the victory tour — and the culture of women’s soccer in the United States. However, the U.S. silenced critics and won the world’s biggest tournament.

With the World Cup victory, the champions scheduled their victory tour. Usually a 10-game tournament, the size shrunk in favor of giving the National Women’s Soccer League some spotlight. The tour kicked off at the Rose Bowl with the United States taking a 3-0 victory over Ireland.

Ireland did not qualify for the World Cup, but certainly has a chance to do so in 2023, as the field has now expanded to 32 teams.

However, Ireland was not able to find a goal against the world champions. Instead, the United States set off with all cylinders firing. Tobin Heath struck first, with a goal in the 16th minute. Heath was originally supposed to start the match on the bench, but Mallory Pugh felt a “minor muscle issue” during warmups, according to U.S. Soccer. Heath was inserted into her spot, starting up top with Christen Press and Carli Lloyd.

Lloyd also found the back of the net, with her goal coming later in the first half. Lloyd got up and put her head on the ball, just like how Heath scored her goal. Lindsey Horan tallied a goal in the 31st minute, scoring with her foot off an assist from fellow midfielder Sam Mewis.

Now, the U.S. players will return to their club teams. The next set of victory tour matches will be held in Minnesota and Philadelphia against Portugal. The United States will head to the new Allianz Field on Aug. 29 and will take over Lincoln Financial Field on Sept. 3.

In October, the USWNT will take on South Korea, who went to the World Cup.

Viva Chicago: How Mexico’s new wave is navigating the NWSL
The Equalizer Podcast, Episode 71: Outside the Window