NWSL Friday: Reign get back on track against struggling Dash 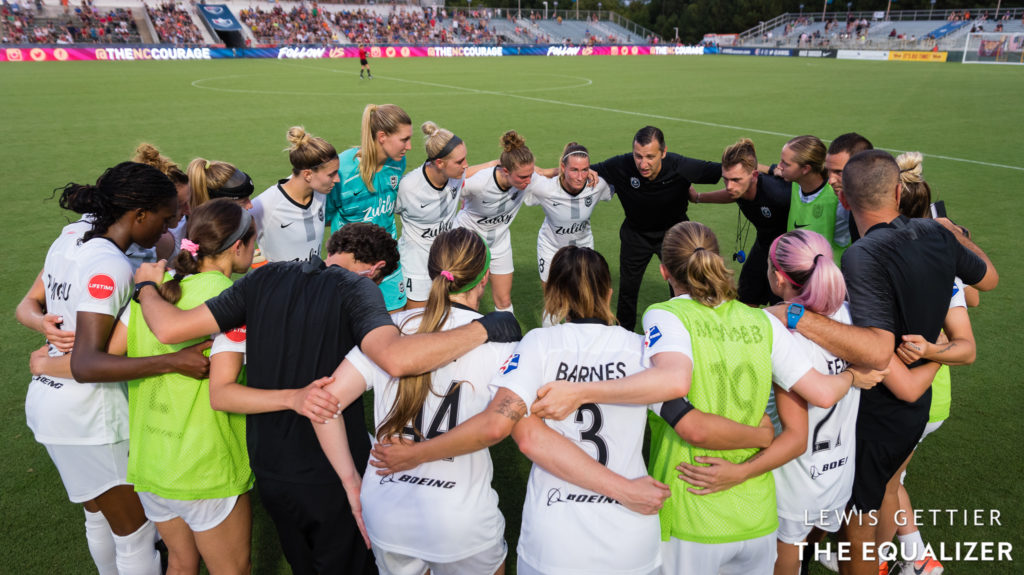 In the end, there was only one National Women’s Soccer League match on Friday. Reign FC defeated the Houston Dash, 1-0 at BBVA Compass Stadium in Houston to snap a two-game losing streak. Rosie White scored her first goal of the season in just her second match with the team.

The evening’s other scheduled match, between the North Carolina Courage and Washington Spirit, was rescheduled to Saturday at 4 p.m. ET after a a weather delay of over two hours as thunderstorms rolled through Cary, North Carolina.

In Houston, White scored the game’s only goal in the 21st minute. Houston defender Ally Prisock blocked Shea Groom’s initial shot, but the ball dropped straight down, and an opportunistic White fought off Prisock for better positioning and tucked her shot under the crossbar against a helpless Jane Campbell.

See how she grabbed her first @ReignFC goal.

White, a New Zealand international and three-time World Cup participant, was signed by Reign FC on July 16. She last played with the Chicago Red Stars in 2018.

The loss is a blow to the outside playoff hopes for Dash, who now sit four points behind the fourth-place Reign but have played at least two more matches than every team above them (three more than the Spirit, who play Saturday).