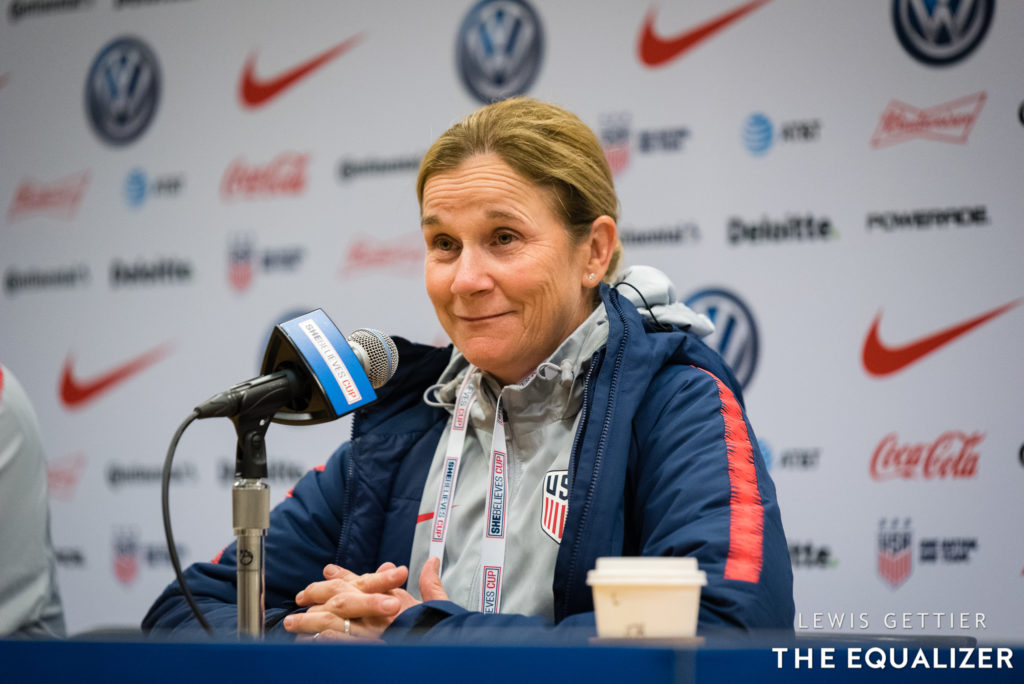 After five years at the helm, and with two World Cup titles under her belt, Jill Ellis is stepping down as head coach of the United States women’s national team.

Ellis, who will stay with the U.S. through the completion of the victory tour in October, will finish her tenure undefeated in World Cup play (13-0-1) and currently holds an overall record of 102 wins, seven losses and 18 draws. Yet, through much of her time with the U.S., and despite winning the 2015 World Cup after barely a year in charge, Ellis remained a highly contentious figure among American fans through much of her time with the team.

Many failed to credit the coach for that 2015 championship, instead pointing out that the most important decision of the tournament — bringing Morgan Brian into the starting XI — only occurred after a pair of suspensions that forced her to make the change.

FIFA Council votes to expand 2023 World Cup to 32 teams
The Lowdown: The NWSL table is starting to split