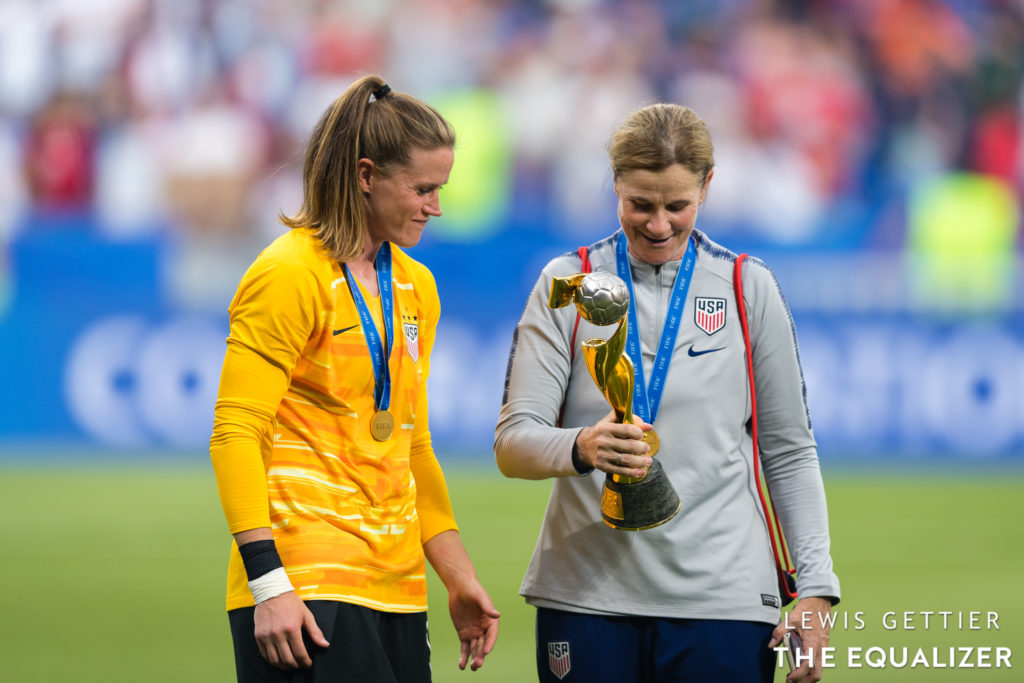 What’s there to do after becoming the first coach to win back-to-back Women’s World Cup titles? That’s a question Jill Ellis now faces after deciding to step down as head coach of the United States women’s national team.

Ellis will continue coaching the team through its five-game victory tour – and with four more victories, she would surpass Tony DiCicco for the most wins (105) in program history – before carrying on as a “U.S. Soccer ambassador,” representing the federation in a variety of capacities.

That’s unlikely to be a forever job for the 52-year-old Ellis, and a source familiar with the process says she will not become the general manager. The GM announcement is “imminent,” according to U.S. Soccer.

So, what’s next for Ellis?